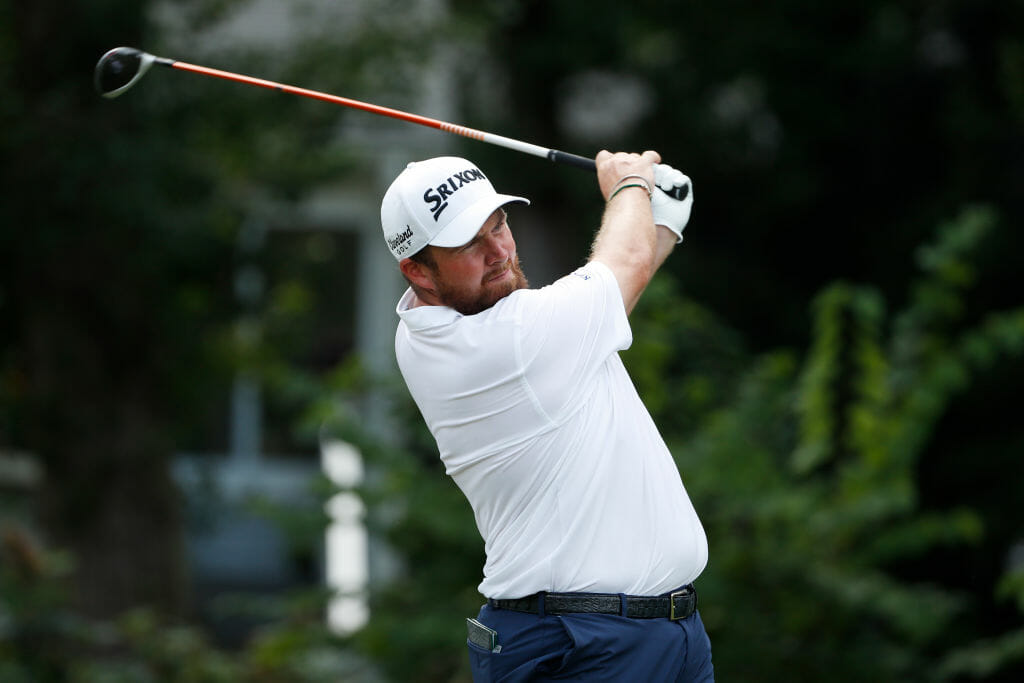 Shane Lowry plays his shot from the eighth tee during the first round of the Wyndham Championship at Sedgefield Country Club on August 13, 2020 in Greensboro, North Carolina. (Photo by Chris Keane/Getty Images)

Shane Lowry got his Wyndham Championship tilt off to a reasonable start in Greenboro, North Carolina with an opening round of two under par (68).

It leaves the Open Champion six shots off the pace set by Harold Varner III who returned a bogey-free eight-under par 62 to lead alongside Roger Sloan and Tom Hoge in the final PGA Tour event before the FedEx Cup playoffs.

Lowry, who carded four birdies and two bogeys in his round is in T43 place after day one and is joined on that number by Seamus Power who had a more colourful round with five birdies and three bogeys up to the 16th before play was suspended due to inclement weather, leaving 33 players to complete their opening rounds today.

Ireland’s other representative in the field, Graeme McDowell needs a big day after an opening round of 73 (+3) left him in T133 position and with a lot to do having returned three bogeys, a double bogey and two birdies.

The top 125 players after this weekend make the cut for the first post-season event next week, the Northern Trust in Boston with McDowell currently in 108th place, Lowry in 131st and Power in 161st on the FedEx Cup standings.