Bridgestone champ Brazill ready to put the foot down 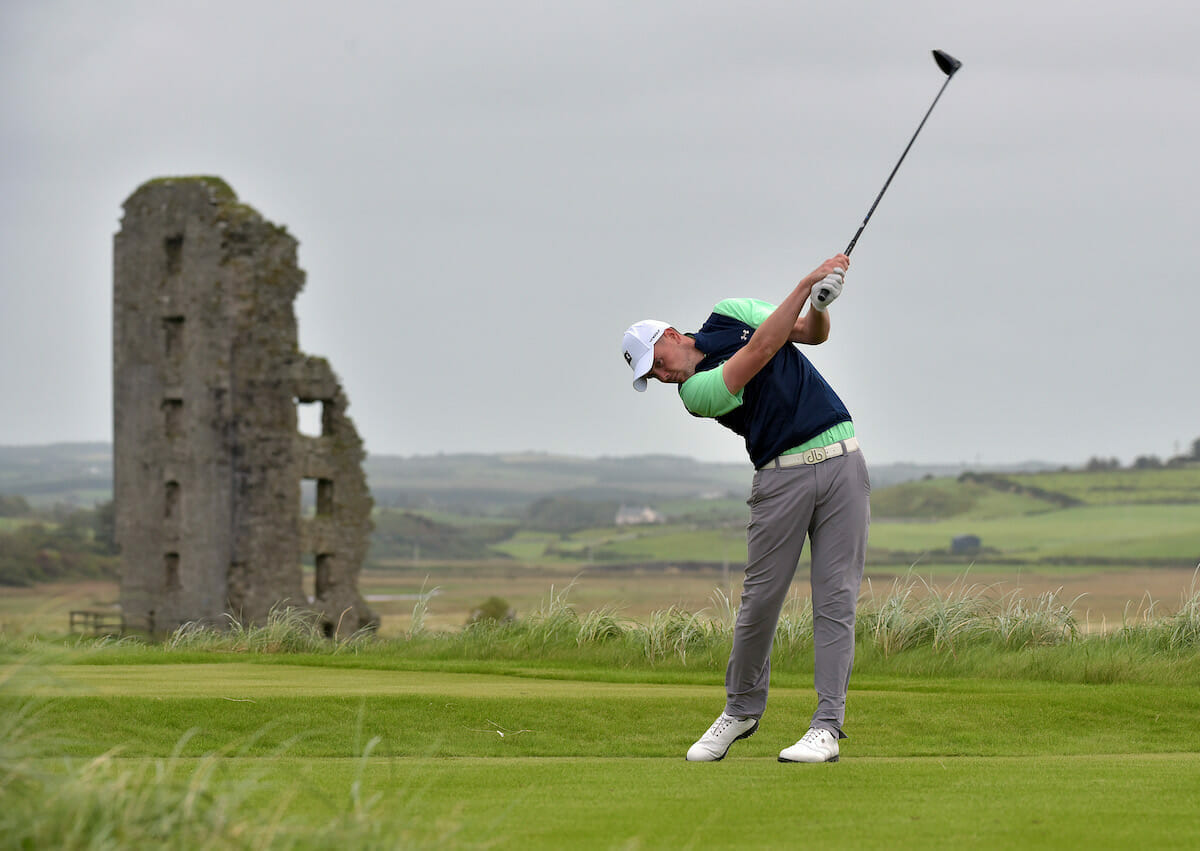 Robert Brazill (Ireland) driving at the 13th tee during day one of the 2019 Home International Matches at Lahinch Golf Club today (11/09/2019). Picture by Pat Cashman

2019 Bridgestone Order of Merit winner, Rob Brazill is looking to make the most of this year’s condensed amateur season when the green light flashes at the Mullingar Scratch Cup.

The Naas amateur has had more time than any of us could ever have expected to reflect on his amateur triumphs of last year where his consistency was rewarded when taking the Bridgestone chequered flag.

Rob Brazill – winner of the 2019 Bridgestone Order of Merit from GUI, ILGU & Golfnet on Vimeo.

“It was a sweaty, last few holes to say the least,” he recalled of his tied 11th finish in Mullingar when needing a top-16 finish to secure the OoM.

“I knew coming into it where I needed to finish and like it’s funny, I was going in playing well and then you get to the tournament and start getting a bit defensive then because  you start thinking about them sort of things.

“I finished quite strong in the last round, I had actually two eagles in the last six holes or seven holes so that made me feel really, really good because I just like closed out something that I’ve wanted to win for a long time.”

The Naas man’s stellar season was capped by top five finishes in the East and the North while he was pipped to the AIG Irish Close title by Ronan Mullarney and also made his debut at the Home Internationals. One thing noticeably absent from his 2019 CV was a win, however, something Brazill hopes to rectify this year.

“It was one thing and I said it last year as well, it would have crowned off the year if I had won something but obviously to win the Order of Merit is so massive,” he says.

“I was very consistent last year but I’d love to really maybe have  a week or two during the year  where you kind of excel and do come out with a win.”

Opportunities are thin on the ground for such success this year due to Covid-19 but funnily enough, Brazill wasn’t all too put out by lockdown after sustaining a debilitating wrist injury that would’ve put paid to the majority of his season anyway.

“I broke my scaphoid in my right wrist at the Spanish Amateur at the start of March and it is a bad bone to heal itself and it only has one supply of oxygen into it so that was a bit of a killer and it came at a perfect time, in lockdown,” he revealed.

“I didn’t have much else to do but it was a very, very slow injury to heal and a couple of friends of mine had broke it before and they told me that it is one that whatever anyone tells you have just got to give it more.

“I think I gave it the guts of four months,  I am only back  hitting golf balls  in the last couple weeks really. I just wanted to give it as long as I could because I didn’t want to go back too early and then you’re looking at bigger problems then.”

A patient recovery proved just the tonic and Brazill’s timely return coincides with the championship schedule’s resumption this month at the Mullingar Scratch Trophy. The revised calendar also means just four events in his defence of the Order of Merit title and Brazill knows the importance more than anyone of a brisk take off from the starting grid.

“You’ve got to be ready with Mullingar being the first tournament,” he warns.

“It feels weird because it’s nearly one of my last tournaments as well from last year. Like with the short season you’ve just got to be ready, it’s four tournaments over the space of two months, not a long time. So you just to need to be peaking then, you don’t need to be thinking about peaking in a couple of months’ time, just be ready to go when they start.”

How would Brazill determine a good season from this unusual starting position?

“I think a good season includes a win, hopefully,” he says. “That will be ideal but if I am as consistent as last year, I wouldn’t be complaining!”