Sharvin on song and just six back at Hero Open 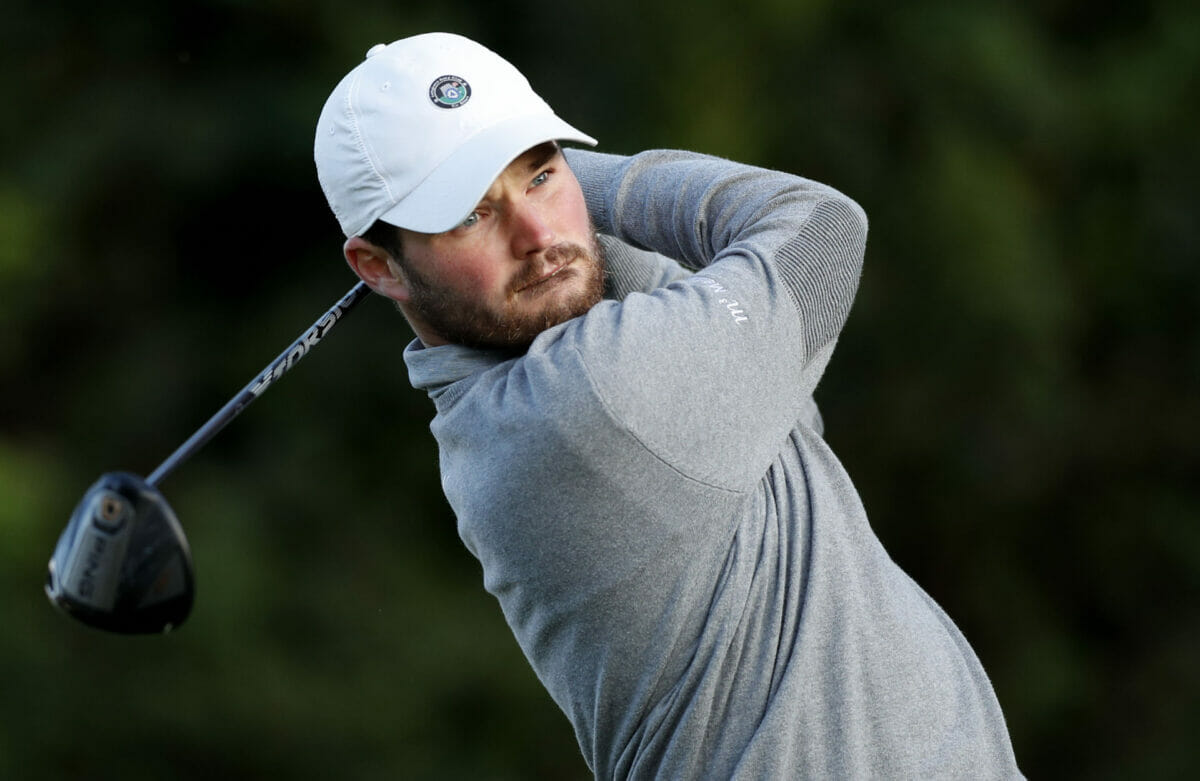 Cormac Sharvin fired a five-under par round of 67 to shoot himself into contention at the halfway point of the Hero Open.

The Ardglass professional has been going about his business quietly since golf’s restart but motored into the mix on day two at Forest of Arden.

The 27-year old found five birdies and eagled the par-5 12th hole for the second day running to move 31 places up the board to seven-under par, just six shots off the lead.

Sadly, however, from an Irish perspective at least, things went downhill drastically from there for the remainder of our travelling quartet.

Paul Dunne managed an improved two-under par round of 70 but with the weekend mark set at two-under, he fell two shots shy.

His GolfSixes winning partner Gavin Moynihan also returned an under par effort on Friday with a 71 but sat on the same score as Dunne, missing out at even par.

While Clandeboye’s Jonathan Caldwell, who enjoyed a top-10 finish at last week’s British Masters, slumped to a 76 on Friday to miss the cut by five.

There were no such fears for Sam Horsfield who moved into contention heading into the weekend after a superb nine-under 63 which included a hole-out eagle taking him to the top of the leaderboard alongside Spaniard Sebastian Garcia Rodriguez.

The Englishman is looking to become the first home player since Lee Westwood in 1998 to win the event, which was formerly known as the English Open.

He got off to the perfect start on day two at Forest of Arden Marriott Golf and Country Club, opening with a birdie before holing his wedge approach from 110 yards at the fourth hole. Back to back birdies at the sixth and seventh had him five under at the turn and four birdies on the back nine moved him into a share of the lead on 13-under par.

“Holing a wedge from 110 yards on four was an obvious highlight,” said Horsfield. ‘I just got on a bit of a roll, birdied the par five 12th, then holed a nice 20 footer on 15 and ended up with a nine under round.

“I was a little disappointed not to birdie the third, but then obviously to hole out eagle on four made up for that and set the day up. It was good fun.

“I’m just having fun, it’s nice to be playing tournament golf again, it’s been a while for everyone and I’m just thankful of that, to get some tournaments going. I’ve been looking forward to it for a while and I’m just enjoying it.

“It’s different out here, not the same as what we’re used to but it’s just the world that we’re living in at the moment and you’ve just got to make the most of. We have a great opportunity to come out here and play tournament golf and I’m thankful that the European Tour and everyone involved have been able to make that happen.

First round leader Garcia Rodriguez showed no signs of nerves after opening the tournament with a course record 62, as he picked up five birdies including one at the par three 18th hole en route to a three under second round 69.

The two leaders were three strokes clear of the nearest challenger, Belgium’s Thomas Detry, who carded a second successive 67 for a ten under total.