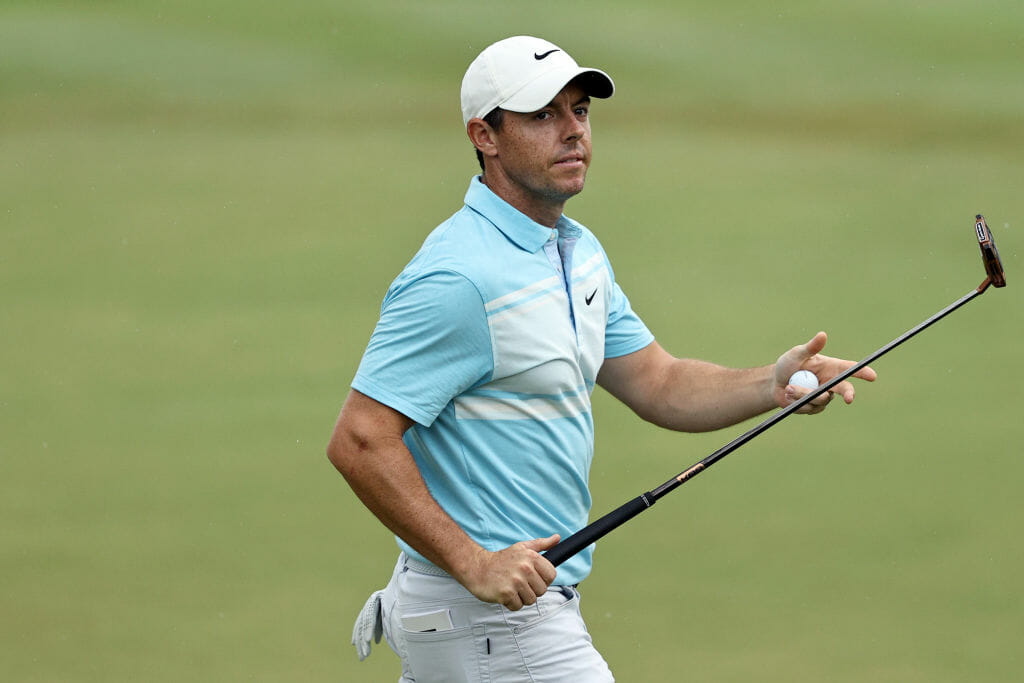 Paul McGinley will get no argument when he insists it’s time for Rory McIlroy to stop making excuses.

McGinley was commenting for SKY Sports Golf during the opening round of the WGC – FedEx St. Jude Invitational where McIlroy found himself trailing by a whopping 11 shots after a disappointing three-over par 73 on the host TPC Southwind course in Memphis.

Fellow four-time Major winning Brooks Koepka easily found the shortest route around the course with a blistering 10-under par 62 to move two clear of his rivals while McIlroy’s putter again let him down in taking 35 putts to be trailing well down the board in the 77-player, ‘no cut’ event.

McIlroy’s yet to post a top-10 in four events since the lifting of the PGA Tour lockdown on June 11th and while the 31-year old seems to be struggling to focus under a continuing ‘no spectator’ policy, McGinley reckons enough of the excuses.

“He hasn’t had it the last five or six weeks”, said McGinley. “It’s not the same Rory McIlroy we saw before.

“There are excuses all the time. And we are not hearing that from Rahm. He is getting stuck in. That’s what you’ve got to do. These are different times. There are Major championships to be won, big events to be won and if you can’t do it without a crowd, you have got to find a way of self-motivating and that is going to be the big challenge for McIlroy.”

Again, strong words from McGinley but many will agree they need to be said.

The threat of inclement weather in Memphis has seen officials bring forward the second round tee times.