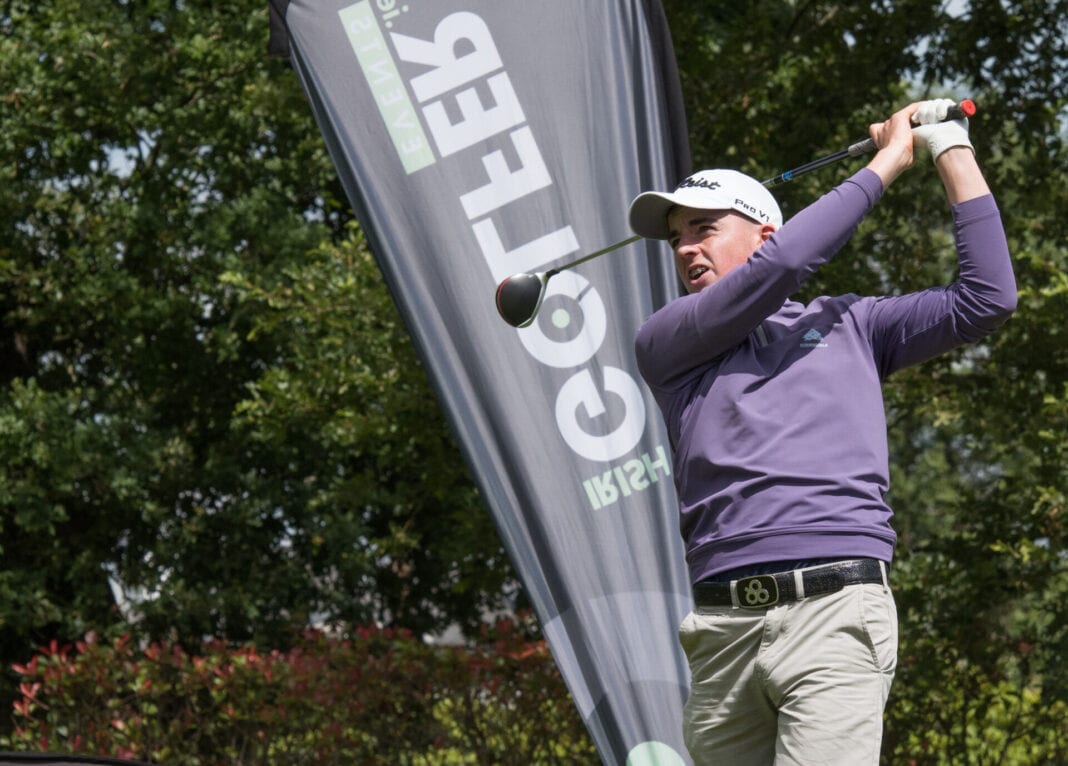 The talented teen went into the final round with a four shot lead but it was far from plain sailing on a windy day in County Westmeath.

With Roscommon’s Thomas Higgins breathing down his neck, Kennedy found himself falling a stroke behind on his inward half after posting three front nine doubles before Higgins piled the pressure on with an eagle on 17.

However, needing two birdies on the way in, the Dubliner dug deep and delivered a rousing finish, picking up two shots, including a stunning birdie at the index 1 16th to book his place in November’s Grand Final in Abu Dhabi.

“Just about,” laughed Kennedy, relieved more than anything to get over the line after posting rounds of 73, 71 & 76 for a one-over par total.

“It was a bit windy and just a day for a score. You have to drive it well around Glasson or it can get tricky – it’s tight – so it was a tough day out there but I was so happy to come through it.”

Not only was Kennedy all too aware of the prize on offer having made the trip out to Al Ain Equestrian, Shooting & Golf Club in Abu Dhabi last year, he could also see his lead dwindle each time he updated his scoring for the live online leaderboard.

“We had to do the live scoring on our phones so I was five-over through nine, just making stupid mistakes,” he said.

“I don’t think I had a bogey, it was three doubles and I’d seen Thomas Higgins made an eagle on 17 and at that point I was one behind. I told myself I needed to make two birdies on the way in, there were chances there and sure enough I did that. I didn’t think I’d birdie the index 1 16th but I hit it to a couple of feet and thankfully that was enough.”

As for the prospect of a return trip to the UAE?

“I can’t wait to get back out there and play it again,” he gushed. “It’s a great week.”

Meanwhile there was plenty of consolation to be found for Higgins who took home the Boys Under 18 title after finishing two clear of Mel Deasy.

Laytown & Bettystown’s Daniel Mulligan prevailed in the Under 16 section while Lauren Kelly wore the Girls Under 21 crown and Elm Park’s Emma Fleming raced to the Under 16 title.

Leader Haotong Li was full of praise for a Dubliner's influence on his career but not many other Irish eyes were smiling after frustrating days for McIlroy, Lowry and McDowell
Read more
Tour News

McIlroy & Lowry with it all to do at TPC Harding Park

Restrictions for golf in Kildare, Offaly and Laois

Those of you with a game of golf planned this weekend may want to have a look at the latest restrictions, not just for the three counties in question but those outside them too
Read more
Tour News

Sharvin in touch but Dunne & Caldwell cut in England

Dun Laoghaire & Mullingar take to the fairways in Pink