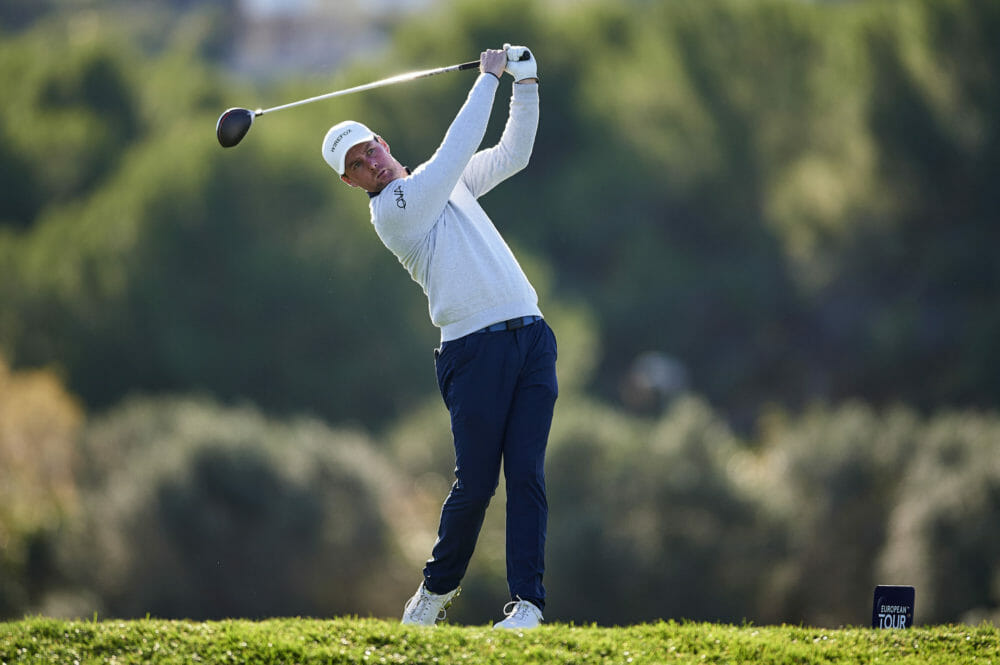 Jonathan Caldwell proudly leads a field of four Irish teeing-up in Thursday’s starting Hero (English) Open at the Forest of Arden course just to the east of Birmingham.

Once again, it’s a no spectator event with players and caddies spending the week in the Tour bubble by residing at the on-course hotel.

It’s also the first occasion the Tour has returned to the course since Darren Clarke captured the 2002 English Open, and it’s where three years later a then recently turned 16-year old Rory McIlroy made his European Tour debut.

Caldwell, 36 arrived with a real spring in his step having secured his best finish on the Main Tour in securing a share of eighth at last week’s British Masters.

Caldwell pocketed his largest payday yet of €27,420 to also be lying eighth on a ‘UK Swing’ mini-money list, the bonus at the end of the six-event swing the reward of the leading 10 on the money list qualifying for the 17th September starting U.S. Open.

Now in a great position to attack, Caldwell credits the weeks leading-up to the resumption of European Tour competition that allowed him to lay the foundations for his quick-fire start, particularly a couple of invaluable Team Ireland sessions that ensured his game-readiness was accelerated.

“Once the golf courses were re-opened in Northern Ireland, I got back to playing a lot of social golf and then Team Ireland hosted a couple of small events for us in the south of Ireland that proved so helpful,” he said.

“It was the first time for a long while I had a scorecard in my hand and while I didn’t play particularly good, the fact that I had to go back to making two and three-foot putts helped so much.

“For the first five weeks I took myself off on my own to the very north of Ireland and spent time up in Downings, near Rosapenna where I was hitting the occasional golf shot along the beach where I was staying.

“It was great and the weather was ideal. Though I did find myself getting eventually thrown off the beach by the Garda but in saying that, it was a great break just getting away on my own.

“Having that time away from the game just relaxing and taking-up a bit of cycling and getting fitter was something that I thoroughly enjoyed and that showed last week in the British Masters.

Joining Caldwell this week is Paul Dunne who was just inside the top-40 last week while both Cormac Sharvin and Gavin Moynihan will be looking to bounce back after missing the Close House cut.