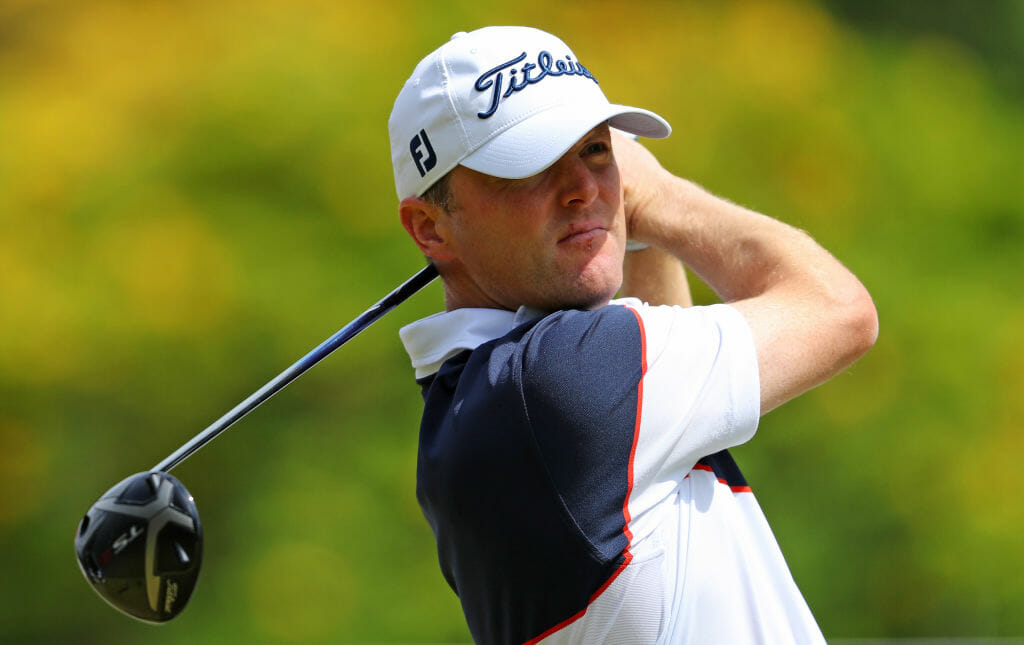 It proved a disappointing assignment for Ireland’s travelling quartet after all four players missed the halfway cut at the Euram Bank Open.

Two-under par was the halfway target after players took advantage of good scoring conditions around Golf Club Adamstal over the first two days.

Sadly, it wasn’t to be for the Irish party with Michael Hoey coming closest to weekend qualification at one-over par.

The now 41-year old could only add a two-over par 72 to his one-under par 69 on day one to miss out on the magic number by three strokes.

Joost Luiten has reached the summit in Austria for the second time in two weeks, opening up a two shot lead.

The Dutchman carded a seven under par round of 63 – adding to his five under par first round – to get to 12 under and sit two strokes ahead of Sweden’s Philip Eriksson and Frenchman Joël Stalter at Golf Club Adamstal. The 34-year-old also led last week’s Austrian Open after the first round, eventually finishing in a share of 18th place.

Luiten, a six-time European Tour winner, started the day with two birdies and an eagle on his first five holes and made another gain on the ninth, going out in just 31 strokes. Three birdies followed on the back nine before he signed for a 63 after a bogey on the last.

“You never want to finish with a bogey,” reflected the leader. “I missed the green, hit a decent chip and missed a short putt from about eight feet. All in all it was a good day and I don’t want to ruin it just because of the bogey on the last. I need to take the positives into the weekend.

“There were 17 great holes really, I haven’t been in a lot of trouble or missed a lot of greens, even though it was tricky out there with the wind picking up a bit and the rain coming in. I’m really happy with seven under.

“It was more difficult than yesterday, because of the wind. It’s hard to judge where it comes from up in the mountain. In the middle of the round it really picked up and when the rain came in it died down a little again. It was a tough day.”

Eriksson who, like Luiten, made a strong start last week at Diamond Country Club, carded a four under par 66 to join Stalter in second place after the 28-year-old carded his second consecutive round of 65.

Julien Brun, making his first appearance since the Lalla Aïcha Challenge Tour in October, carded a six under 64, moving to fourth place on nine under.

Spaniard Scott Fernandez carded the lowest round of the day, an eight under 62, to join seven others in a share of ninth place.