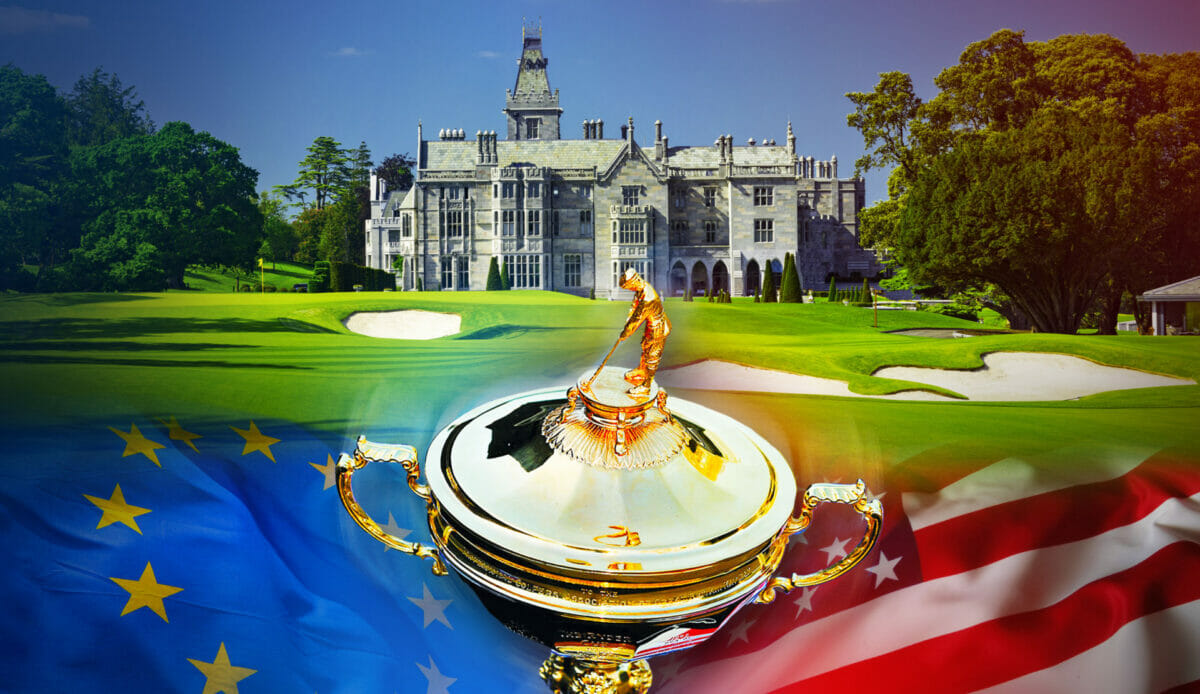 There is now a glowing centenary anniversary lining to a decision to reschedule the 2020 Ryder Cup to 2021.

It was confirmed nearly a year ago that Adare Manor would host the 2026 Ryder Cup, a second occasion in 20-years this small golfing nation would welcome the world’s third largest sporting event.

That was before the Covid-19 began to bring the world as a whole to its knees with the 2020 Ryder Cup, due to be held in the last week of September, now the latest major sporting casualty.

It means all future Ryder Cups will revert to being staged in odd-numbered years which is great news for Adare Manor as it will now host the 100th anniversary of the staging of the Ryder Cup from 25th to 27th September, 2027.

A statement from Adare Manor read:

“As a future Ryder Cup venue, Adare Manor is understanding and fully supportive of the decision to postpone this year’s event at Whistling Straits, given the circumstances of the coronavirus pandemic.

“The health and safety of both fans and players is of paramount importance and we are wholeheartedly behind the decision made by the PGA of America and Ryder Cup Europe.  For all upcoming venues hosting this historic event, there is a huge responsibility to ensure public safety and, given the uncertain times, the right decision has been made. We believe it is the incredible atmosphere created by the spectators that helps make the Ryder Cup so special, and we agree that the Ryder Cup this year without them just wouldn’t have been the same.

“As our own exciting plans for The Ryder Cup at Adare Manor in 2027 continue, where we’ll be honoured to now be staging the centenary year, we would like to wish Whistling Straits the very best in their preparations over the next 12 months.”

Sadly, the decision to reschedule the 2020 Ryder Cup is the third occasion since the inaugural staging of the 1927 Ryder Cup at the Worcester County Club on the western outskirts of Boston that the contest has been either cancelled or postponed due to a major global tragedy.

Now a worldwide, and still rampant, virus has forced two of sports biggest team showings, the Olympic Games and the Ryder Cup, to make changes.

“As everyone can probably imagine, the European Tour’s dealing with the Irish Government and J.P. (McManus) and his team at Adare Manor have been very thorough and we’ve had lengthy discussions with them, and it will come as no surprise to know they have been hugely supportive,” said Kinnings.

“They fully understood the situation. They are incredibly excited about what the prospects are for what will be an amazing Ryder Cup in Ireland.

“The opportunity of it now becoming the centenary, which none of us envisaged, will allow us to build on that heritage that is in the island of Ireland and we saw that at the Open Championship last year and we will be building towards that now for 2027.

“They have been very supportive and while there are details to work through, and even in our conversations, including early this morning, we can now start building towards that.”