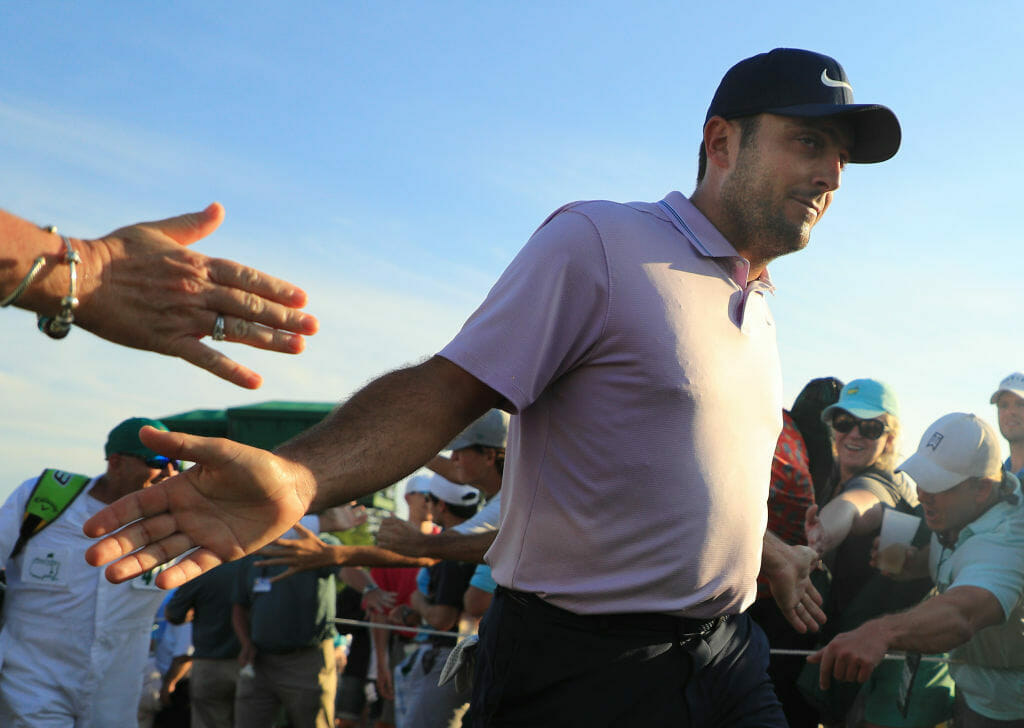 When Rory McIlroy fired off a verbal broadside at his fellow Europeans for not getting off their backsides to play in the States, he didn’t mean for fellow Open Champion Francesco Molinari to sell his Surrey mansion and move Stateside.

That’s just what the champion Italian has done in announcing he and wife, Valentina and their two sons are selling-up and moving to California.

The Molinari’s have lived on the exclusive Wisley course estate near Woking in Surrey for close to a dozen years, where long-time coach Denis Pugh is based. Their Surrey residence has also been ideal for Molinari, not only to be close to Tour HQ but only a short drive to Heathrow in flying to the States.

Molinari’s also a passionate West Ham fan ever since Gianfranco Zola became manager of the East London side in 2008.

The champion Italian golfer won on both the PGA and European Tour’s in the months ahead of capturing the 2018 Open Championship at Carnoustie but since then he’s struggled in individual competition.

Molinari was instrumental in leading Europe to victory in late 2018 by becoming the first European player to win all five Ryder Cup matches.

However, since being handed the Claret Jug on the 147th hosting of golf’s oldest major, the now 37-year Turin-born golfer has pocketed just one victory cheque and that was all of 16 months ago in capturing the 2019 Arnold Palmer Invitational.

Prior to the ‘lockdown’ Molinari had entered seven events this year missing the cut in the opening four, finishing well down the WGC – Mexico Championship and then withdrawing from his defence of the Arnold Palmer with a back injury.

Molinari returned a week later to contest the then cancelled Players Championship but has not been sighted on a competition fairway since the opening round at TPC Sawgrass.

As a regular on the PGA Tour, Molinari would not have been too concerned to read McIlroy’s pre-RBC Heritage comments: “If you care about your career, and care about moving forward, you should be over here”.

Yet, the current World No.30 is selling-up and moving to the States.

Molinari went onto social media in both his native tongue and English stating: “It’s been a very strange few months for everyone lately, facing challenges that we never even thought possible. As many of my colleagues, this forced break gave a chance to sit back and think about many things.

“It mostly made me think about the future and what I want to achieve in the coming years, from a professional point of view but mostly from a family standpoint.

“This is why we’ve decided to leave London and the UK after 11 happy, intense, satisfying and consuming years.

“The next chapter of our life is going to be in California, where we hope to be safe, happy and to spend more time together as a family.

“This is what’s keeping me busy now and away from tournament golf, the hope is to be back for the US PGA in August.”

It’s uncertain where in California where the Molinari’s will move but the San Diego region would seem ideal given the weather and abundance of championship standard golf courses.