Cannon under pressure after another Scottish resignation bombshell 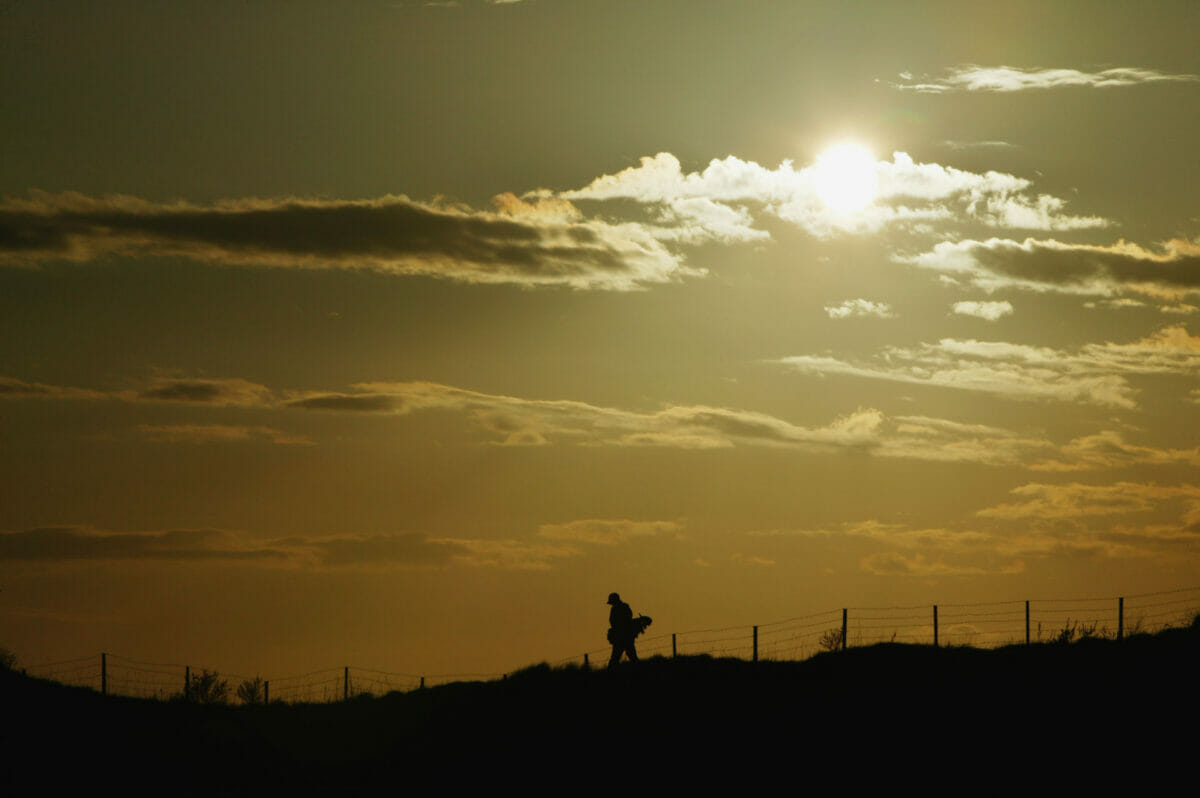 Scottish Golf has been hit with another resignation bombshell with news that its CEO, Andrew McKinlay has become the third CEO to resign in just 50 months.

With golf in lockdown mode across the UK and Ireland, and when those administering the game at an amateur level should be striving to keep the Coronavirus-affected ship away from stormy seas, we find Scotland golf is rocked by yet another resignation in McKinlay.

The resignation of McKinlay is not back page news but when he’s the third Scottish Golf CEO to resign in such a short space of time, it’s putting Scottish Golf chair, Eleanor Cannon increasingly under fire.

The Home of Golf nation boasts some 550 clubs with 21 of those in Edinburgh.

Cannon was appointed chair following the historic decision in March 2015 to amalgamate the Scottish Golf Union (SGU) and Scottish Ladies’ Golfing Association (SLGA) into a single governing body for amateur golf in Scotland.

New Zealand-born Hamish Grey had been with the SGU since 1998 and was appointed the first CEO of the newly amalgamated Scottish Golf but under Cannon’s chairmanship he lasted just three months.

In March 2017, Blane Dodds, a former No. 2 Scotland international tennis player who was the then chair of Tennis Scotland along with being UK president of the European Capital of Sport Association, was announced as the new CEO.

Cannon heralded Dodds appointment declaring: “We are delighted to have attracted somebody of Blane’s talent and experience to Scottish Golf.

“The Board was excited at the vision and ambition articulated by Blane during the recruitment process and look forward to working with him and the team to better support our clubs and encourage more people into the game.”

Dodds remained at the helm for just 16 months after the shock announcement came just over six weeks before stakeholders were due to vote on the organisation’s new strategic plan – which includes contentious plans to more than double Scottish golf club members’ affiliation fees – at a Special General Meeting in Stirling.

In February 2018 Cannon spoke of being ‘thrilled’ to announce the appointment, from May that year, of Andrew McKinlay as the new CEO. 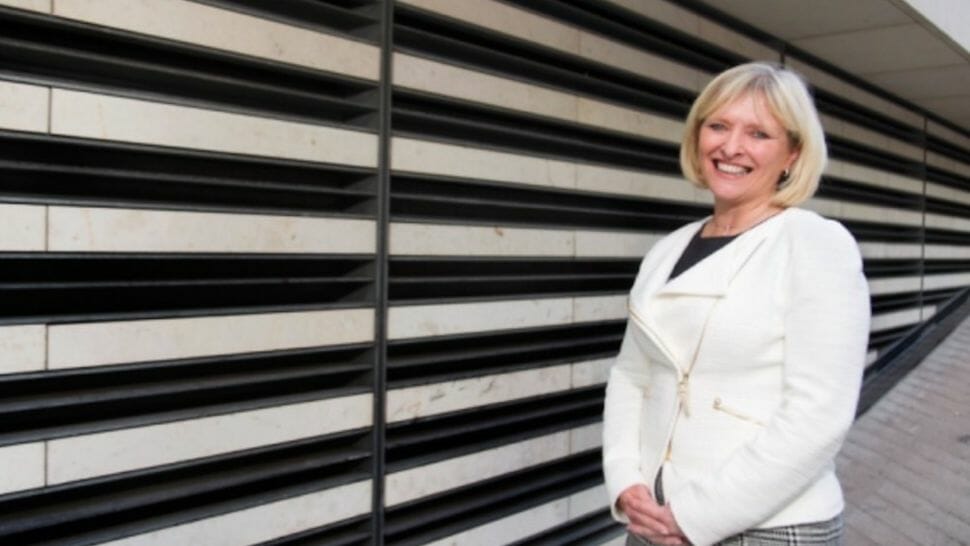 McKinlay joined Scottish Golf from the Scottish Football Association (SFA), Scottish soccer’s governing body, where he has worked in a number of senior management roles including chief operating officer and interim chief executive.

“On behalf of the board of Scottish Golf, I am thrilled to welcome Andrew as our new chief executive. Throughout the process his experience, enthusiasm and vision stood out from a hugely impressive field of candidates,” Cannon said at the time.

“We were particularly impressed by the range of responsibilities in football, especially in overseeing football’s equality and diversity strategy at all levels of the game. Increasing girls’ and women’s participation is a priority focus area for Scottish Golf and his expertise will be vital to our future growth strategy.

“Andrew is passionate about golf and his experience working in sport and business will be integral to taking Scottish Golf’s strategic plan forward. We look forward to welcoming Andrew to Scottish Golf in May.”

As passionate as McKinlay may have been, he lasted in the role just a month shy of two years with Cannon firing off another CEO resignation statement singling out Coronavirus fears for McKinlay’s shock resignation.

“We are living in unprecedented times and, as we are all very well aware, sport has no immunity to the impact of Covid-19,” she said.

“Scottish Golf, like all businesses and indeed golf clubs across the country, is having to assess its business model.

“The governing body has had to make some very difficult decisions regarding income and expenditure, to ensure sustainability in the current circumstances. To this end, our chief executive, Andrew McKinlay, has decided that he should step aside in order to help the organisation come through this situation. He leaves having worked with the team on a revised structure that will be fit for purpose when we emerge from the national lockdown.”

Whether McKinlay stepped aside or was pushed aside, it made for three Scottish Golf CEO scalps in just four years and two months, under Cannon’s chairmanship.

Duncan was very well-known at both the amateur and professional level in Scotland and he and Burke’s resignation mid last month was also just days ahead of the Scottish Golf AGM.

Good friend and colleague, Martin Dempster obtained confirmation of the double resignations but in seeking a statement for his Scotsman newspaper was advised by Scottish Golf: “We can confirm that one member of staff left the organisation last week, and a further member will be leaving next week.  It would not be appropriate for us to comment further at this time.”

It took Cannon just a day following news of McKinlay’s resignation to announce Scottish Golf’s Chief Operating Officer, Karin Sharp will take over as CEO. Sharp had worked for RBS for over 20 years and had been Scottish Golf’s COO for five years.

“The Board and Executive Team have had to make very tough decisions in order to focus on ensuring we are in a sustainable position going forward when courses reopen. With many clubs feeling the financial strain, which in turn has had a knock-on effect on our income, we have prioritised expenditure accordingly,” said Cannon.

“Now more than ever we need strong leadership backed up by robust actionable plans. I am very pleased to announce that The Board has invited Karin Sharp to lead the organisation with immediate effect, from her current role as Chief Operating Officer.”

But dig deeper and there’s seemingly more to the resignations and particularly McKinlay’s as Scottish Golf is also hoping to emulate the Ulster branch of the Golfing Union of Ireland by securing data on golf clubs’ financial situations against the backdrop of the Covid-19 lockdown.

Bunkered magazine revealed Scottish Golf has been embroiled in a legal dispute over its new Venue Management System (VMS) that will offer clubs in Scotland a holistic management system that will do everything from taking bookings and payments to providing in-play scoring.

VMS had been announced at Scottish Golf’s National Conference in 2018 stating that well over 100 clubs in Scotland already configured for VMS and with 120 more going through the set up.

Scottish Golf promoted VMS as being available to clubs at no extra cost with an objective of simplifying and streamlining administration and helping them to make money through the promotion of events and tee bookings and getting the maximum revenue from independent golfers.

However, Scottish Golf was not being fully honest with all 550 Scotland golf clubs.

“Lawyers were brought in over concerns that Scottish Golf’s new software system is being rolled out illegally,” said Bunkered.

“Three independent software developers engaged the services of the Competition and Markets Authority, the government department responsible for preventing anti-competitive activity in the UK, to probe Scottish Golf’s organisation’s implementation of its new system.

“Scottish Golf stands accused of trying to “railroad” the country’s 575 clubs into using its new, all-purpose software system, which includes a new Central Database of Handicaps.

“According to Scottish Golf, the new system is mandatory, clubs having been told that ‘current Independent Software Vendors (ISVs) who provide handicapping software for clubs will no longer be given any access to handicapping calculations or any handicap data through open APIs or any other means’.”

Such a practice rules out all other software providers currently operating in Scotland.

It is understood the independent software company’s efforts late last year to discuss the issue with Scottish Golf was met with ‘we can only discuss issues through our lawyers’.

The three software companies then served legal papers in February and also formally engaged the Competition Markets Authority to act.

Martin Dempster asks the question now to be on the lips of all of 550 Scotland golf clubs: “Did somebody go behind McKinlay’s back to the board over his bid to furlough staff working on the Venue Management System (VMS).

“And was it this which resulted in him being overruled? A fortnight ago, after all, we were told that work would be continuing on the development and testing of a new VMS being offered to member clubs.”

Whatever happened, Cannon is very much under fire with strong calls for her to go.