Sharvin shows his class to turn fortunes around in Oman 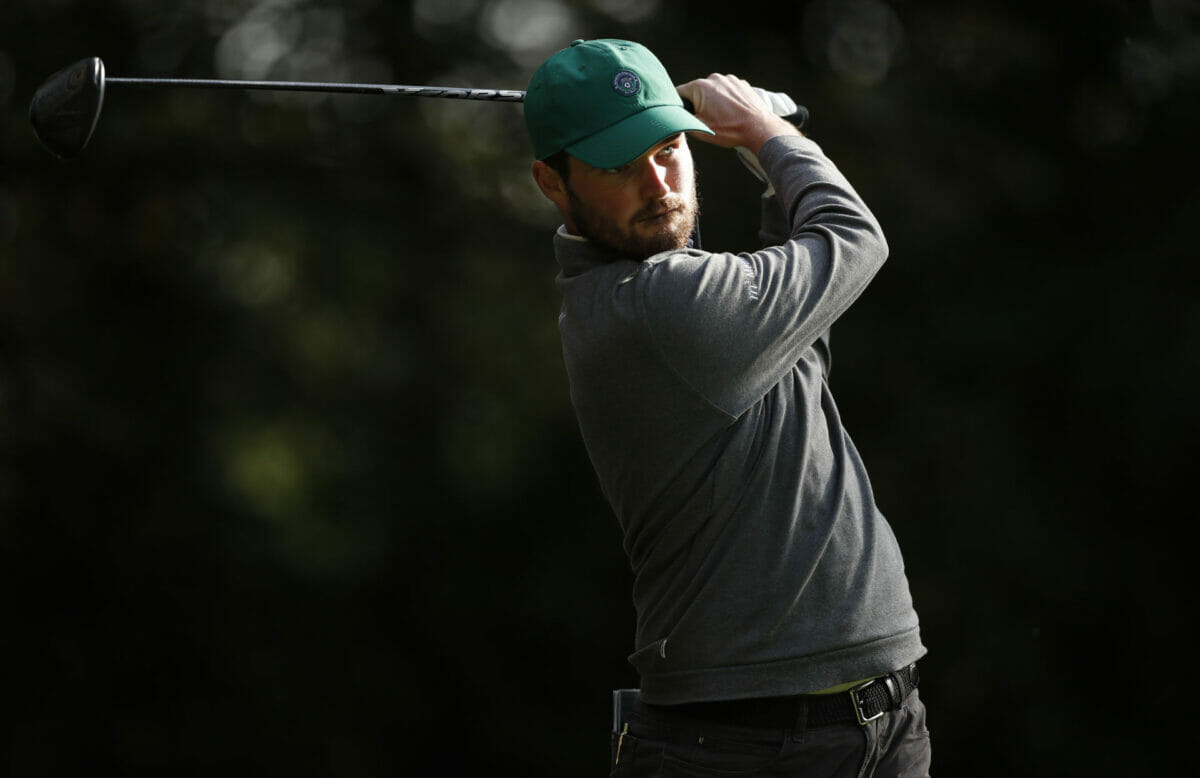 Cormac Sharvin demonstrated just why he belongs at the top tier of European golf after finding a stunning five-under par 67 when badly needed at the Oman Open.

Languishing well beneath the projected cut-mark after only managing a three-over par 75 on day one, the Ardglass professional came out firing on day two at Al Mouj Golf to skate up the leaderboard and into the weekend.

The Tour rookie, who graduated from the Challenge Tour last year, made just one birdie to the turn before exploding into life with four more on the way home, in a blemish-free effort that saw him catapult 85 places up the board and inside the top-30 at two-under par, just seven shots off the lead.

With Sharvin safely through to a weekend payday, both James Sugrue and Jonathan Caldwell were headed home after falling short of the even par cut-mark.

Amateur Champion Sugrue was given an invitation to rub shoulders with Europe’s top talent in the paid ranks but struggled to replicate his solid round of 73 on the opening day as he dropped down the leaderboard with a 77 on Friday.

One-under through his first six holes on day two, a triple bogey 8 stropped momentum in his tracks but there were plenty of positives to take from a venture into pro company for the young amateur.

“Unfortunately that 16th [Sugrue’s 7th] with the help of a bunker, a road and out of bounds turned into a triple bogey which took the wind out of the sails a bit,” said Sugrue’s caddie, Michael Collins.

“He kept battling but the course won out eventually. Not the way we wanted this trip to end but that’s golf and the lessons can be harsh when competing at the top level.

“A lot of positives to take from the week and some feedback that can shape his preparations for the weeks ahead. Onwards we go to the next challenge!”

The Mallow man can dust himself off and be better for the experience knowing that in less than six weeks’ time, he’ll be driving down Magnolia Lane in preparation for the Masters.

Jonathan Caldwell can look forward to better days ahead too after displaying plenty of fighting spirit in a much-improved second round performance.

The Clandeboye professional gave himself too much to do after an opening 79 but joined Sugrue at six-over par through 36-hole with a gutsy one-under par 71 to close out his trip to Muscat.