Portadown’s Stevenson amongst the winners at TGI Golf Awards 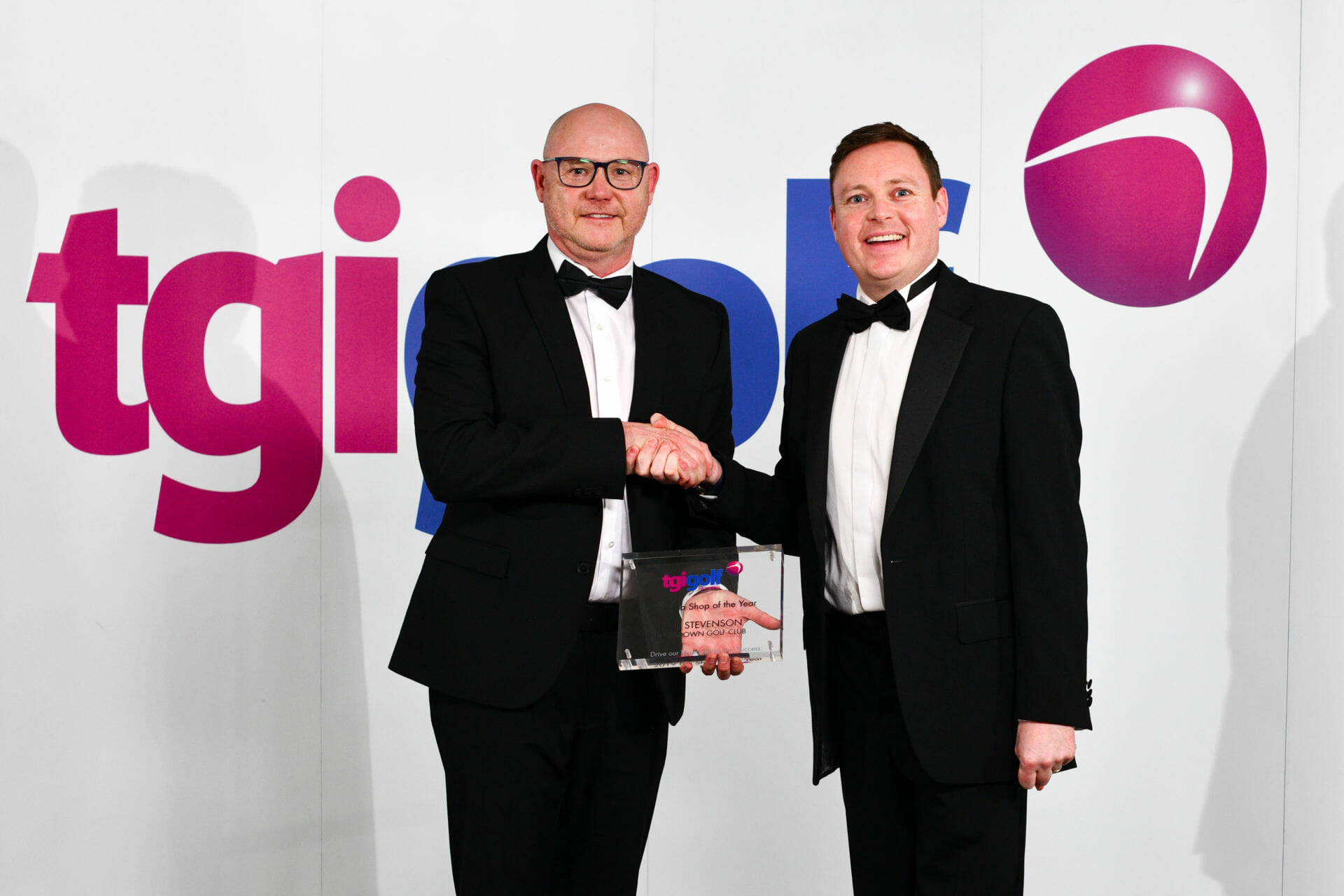 The event, which was attended by more than 200 Partners of golf’s leading retail services group and their guests from across the UK and Ireland, was staged over two days from February 4-5.

Matthew, fresh off the back of one of the most thrilling Solheim Cups ever was interviewed on stage by BBC Sport’s Eilidh Barbour and gave Partners an insight into life behind the scenes at Gleneagles last year.

McGinley closed the show with an outstanding seminar on leadership, leaning on his experience as a captain and vice-captain of countless Ryder Cup teams, including as skipper of the victorious 2014 team at Gleneagles.

Paul McEvoy, the unofficial Godfather of the TGI Golf Partnership, was the big winner on the night in receiving the official Partner of the Year of golf’s leading retail services group.

The Clitheroe GC PGA Professional has been part of the group for 20 years, serving on the board of directors for 15 and sitting at the helm as chairman for three years.

McEvoy said: “It’s humbling in an unbelievable way. We work all our lives to be recognised by our peers and this is the icing on the cake for all the years I’ve worked my socks off. I won’t stop now though, I’ll continue to do so, giving my all to my club, the PGA and TGI Golf, cut me in the middle and I bleed TGI.”

Callaway walked away with the top award for the Suppliers, scooping the Partner Supplier of the Year award, ending a run of four straight wins for PING in the awards that are voted for by TGI Golf’s Partners through its annual Supplier Survey, which allows Partners the opportunity to score all the brands they stock in a number of categories using the globally recognised NPS system.

Neil Howie, Callaway Europe Managing Director, said: “I’m delighted to win this award it’s been a phenomenal five years for Callaway with TGI Golf. We’ve come a long way and I have a huge amount of thanks to TGI and the Partners to win this. We’ve worked hard to gain their trust and this means a lot. If current trends continue the way they are after the first month then TGI Golf may become our biggest customer in Europe in 2020.”

The other Partner awards saw Richard Lally from Aspley Guise and Woburn Sands GC win the New Partner of the Year award, while Lee Brotherhood of Hollywood Golf Club claimed the Most Improved Business of the Year award. Royal Troon’s Kieron Stevenson took the first ever Marquee Pro Shop of the Year, a new award designed to reward the best of the many prestigious venues and resorts that are part of TGI Golf.

“This is the eighth year of our awards and each year the standard gets higher and higher,” said TGI Golf Managing Director Eddie Reid. “Our Partners’ businesses are continuing to move forward while golf’s suppliers continue to produce quality products. Congratulations to all the winners and to all those nominated we look forward to another excellent year in 2020.”