Dawson delivers encouraging 67 ahead of moving day in Fancourt 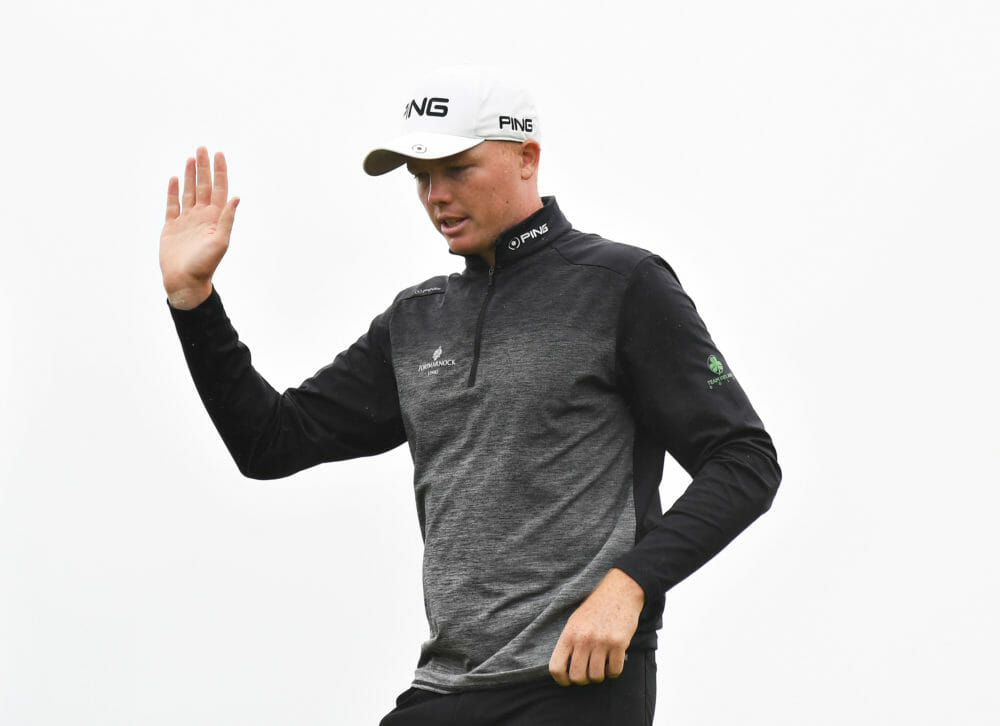 Robin Dawson recaptured some form in firing a confidence boosting five-under par round of 67 to bolt up the leaderboard at the halfway stage of the Dimension Data Pro-Am in Fancourt.

The Tramore professional has largely struggled through the Challenge Tour’s South African swing thus far but looks determined to make amends this week in George.

With three courses in operation over the first three rounds, Dawson tackled the Montagu on day two and fired six birdies with just a single dropped shot to move inside the top-40 ahead of Saturday’s third round.

Royal Dublin’s Niall Kearney is another going well after carding a second straight round of 71 to get to three-under.

The 31-year old was also taking on the Montagu but with the easier of the three – the Oteniqua – facing both he and Dawson on Saturday, the pair will be hoping to make further inroads on the leaderboard ahead of the 54-hole cut.

Gavin Moynihan finds himself right up against making that cut. The Dubliner’s even-par 72 around Oteniqua sees him languishing well down the leaderboard at two-over par.

Christiaan Bezuidenhout tamed The Links course at Fancourt Golf Estate by posting a six-under par round of 67 on a day where he was joined at the top by Santiago Tarrio Ben.

The South African responded to two front nine bogeys with a string of five birdies in six holes on the back nine to reach 17-under par after the opening two rounds, while Tarrio Ben added an eight under par round of 64 to his first round of 63 to join Bezuidenhout at the summit.

After putting the Oteniqua to the sword with an 11-under par round of 61 on the opening day, World Number 60 Bezuidenhout continued in the same vein on the notoriously difficult Links course to share a four-stroke lead with Spaniard Tarrio Ben, while Richard Sterne is currently sat third on 13 under par.

“I got off to a nice start again today with two birdies in the opening three holes,” Bezuidenhout said. “I made bogey on seven and nine and it stopped my momentum a bit. I made a nice 15-footer for birdie on ten and I just kept it going from there.

“I was disappointed not to birdie two of the last three. I just hit two poor chips on both of them and couldn’t make the putts, so I was disappointed with that but if anyone said to me ‘would you take six under par on The Links today?’ before I started, I definitely would’ve taken it.

“It’s definitely a driving course. You have to hit the fairways here and then after that, everything comes down to the putting. It wasn’t as good as yesterday, but I made 11 birdies yesterday so it was always going to be hard to follow that up, but I was really pleased with a six under par round today.”

Tarrio Ben, meanwhile, has carded just a solitary bogey in his first 36 holes and is relishing the prospect of a round on The Links tomorrow.

“It was a very boring round today,” he said. “I was just hitting fairways, hitting greens and making putts. As yesterday, the standard of golf has been very good, so I’m very happy.

“It’s the biggest tournament I’ve ever played in but I’m going to stick to what my goals are, which is to play on the European Tour. I have the halfway lead and to win this tournament would be a big step towards reaching my goal.”

Six-time European Tour winner Sterne is one stroke clear of Portugal’s Stephen Ferreira, who is fourth on 12 under par, while New Zealand’s Daniel Hillier and South African duo Dean Burmester and George Coetzee share fifth place on 11 under par.

Tarrio Ben will play his third round on The Links course at 8.58am local time while Bezuidenhout will play the Montagu course at 11.08am alongside four-time Major Champion Ernie Els.

At the conclusion of the third round, the top 60 and ties will progress to the final round, which will be played on the Montagu course.