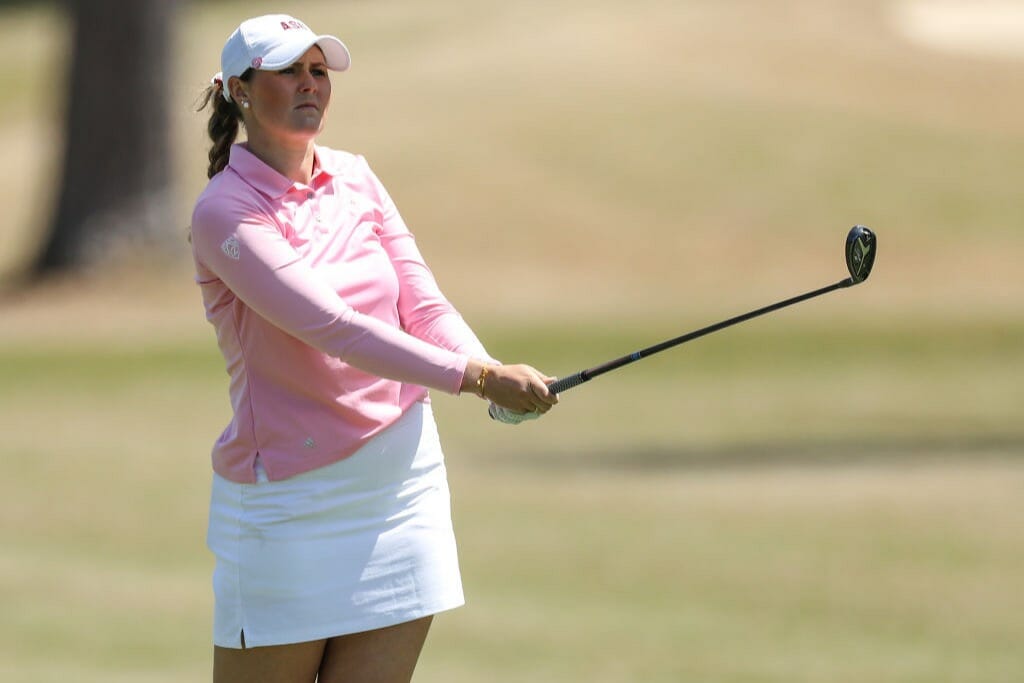 Olivia Mehaffey once again starred for Arizona State as the Sun Devil Women’s Golf team battled rainy and windy conditions during the first round at the 25th edition of the Northrop Grumman Regional Challenge at Palos Verdes Golf Club.

Play in the first round was suspended due to darkness with four teams still on the course, as a weather delay midway through the round impacted the schedule. In a field featuring eight of the Top-10 teams in the country, Arizona State (+9/293) ended the day tied for seventh.

Senior Mehaffey led the way for the Sun Devils, feeling right at home in a familiar place. The 2019 Pac-12 Individual Champion returned to the site of her victory and picked up right where she left off.

The Banbridge amateur (-1/70) matched her season-low round, finishing her day in the Top-5, just four shots back, among a field that included six of the Top-10 female collegiate golfers in the country. Freshman Linn Grant also found herself in the Top-10 after the partially completed first round, earning a tie for ninth.

Olivia Mehaffey showed early indications of what was to come as she got off to a strong start. On two different occasions on the front nine, Mehaffey birdied two out of three holes to finish one-under on the first nine holes.

Raquel Olmos joined Mehaffey in birdieing the sixth hole, right before the weather delay ruined any chance of establishing a rhythm. Coach Missy Farr-Kaye and Coach Michelle Estill did an excellent job of keeping the group focused, as they were able to put together a much-improved back nine.

Part of that resurgence down the stretch was the freshman combination of Linn Grant and Amanda Linner. Grant went two-under over the final nine holes, playing bogey-free golf to help her shoot up the leaderboard and into a tie for ninth. Linner got better as the day went on, recording birdies on tw of her last three holes to finish the back nine at one-under.

Arizona State’s approach on the 16th hole was spot-on, as three different Sun Devils recorded birdies including Alessandra Fanali, who was under-par over her last seven holes. Mehaffey’s play remained steady throughout the day, as she finished three-under on Par 4 holes, tied for second-best mark of the tournament so far.

You can follow the action @SunDevilWGolf and on Golfstat.