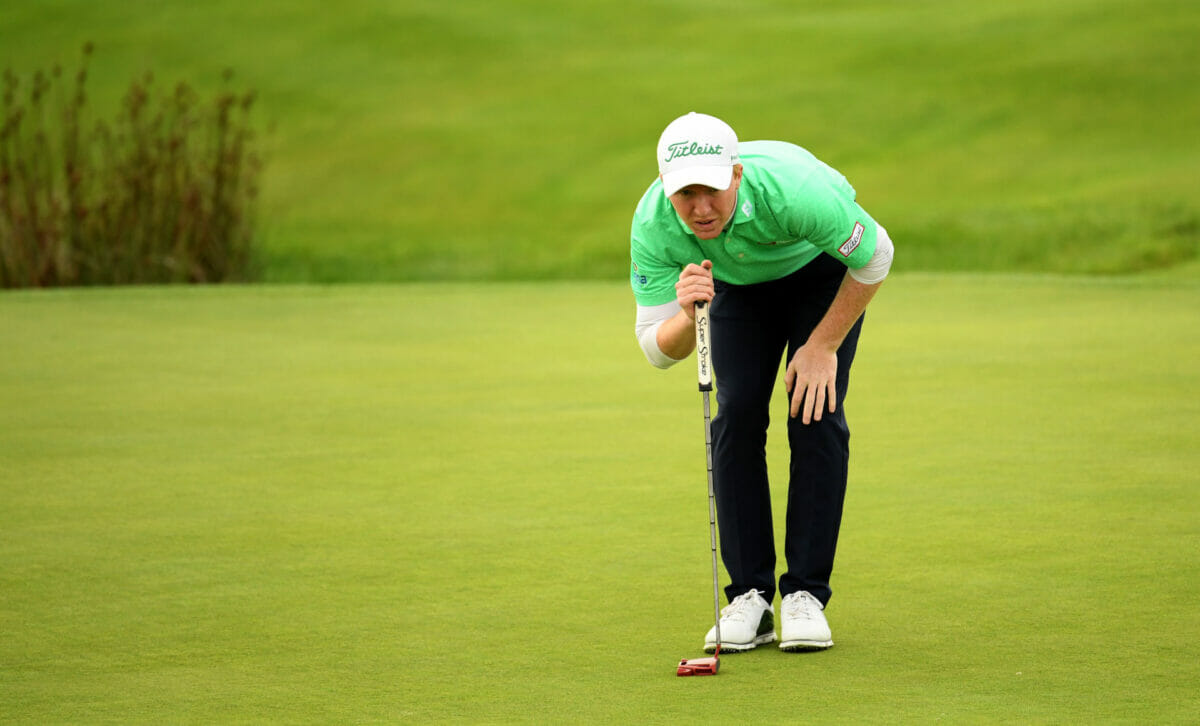 Gavin Moynihan and Robin Dawson got four precious rounds under their belts as the Challenge Tour’s South African swing moved from Cape Town to George.

Moynihan helped himself to a top-40 finish after returning consecutive even par efforts over the weekend at the RAM Cape Town Open.

There was plenty to like in a round that included four birdies but four bogeys ensured there wasn’t much forward momentum as the Dubliner exited Cape Town with a cheque worth €1,869.

Meanwhile Dawson didn’t have his best stuff on Sunday as he rather limped over the line with a three-over par 75. The Tramore professional will be delighted to bank four rounds, however, as he snuck inside the top-60 and collected a cheque worth €1,014 for the effort.

At the top, Anton Karlsson came from three shots behind to win his maiden European Challenge Tour title.

The Swede carded a three under par round of 69 for a 14-under par total in difficult scoring conditions at Royal Cape Golf Club to jump ahead of a packed leaderboard and record a one-shot victory over South African Garrick Higgo.

Karlsson maintained the momentum from a bogey-free eight under par third round of 64 as he reeled off six birdies in seven holes from the 7th hole to move to the top of the leaderboard, before holding off a late charge from Higgo to secure his first victory on the circuit.

“It was one of the toughest days of golf in my career with the conditions,” he said. “It feels amazing to come out on top and to play some really good golf.

“My only aim this morning was to go out there and win. I was three shots back and I knew I was playing well after a 64 yesterday. It was really windy out there, so I knew I just had to be patient and do my thing.

“The opening holes were playing tough and I ended up in the wrong places, but I really got it going after that, and from the 6th hole it was probably the best stretch of golf I’ve ever played.

“It got a bit exciting at the end. I hit every shot as I intended down the 18th hole but then raced my putt by a little further than I would have liked, but it’s always nice to hole a putt to win.”

Higgo started the day six shots behind overnight leader Daniel van Tonder but the 20-year-old recorded the best result of his fledgling Challenge Tour career after a five under par final round of 67.

He finished in second position on 13-under par, three shots clear of Englishman Toby Tree who made the most of his decision to forego a place in the field for this week’s European Tour event and instead travel to familiar territory in South Africa as he signed off with a one under par round of 71 to secure a top three result.

The English pair of Harry Ellis and Jordan Wrisdale, and Frenchman Damien Perrier, finished one shot further back in a tie for fourth, with overnight leader van Tonder settling for seventh place, alongside Allen John and Mitch Waite on eight under par.

The Challenge Tour now travels to Fancourt Golf Estate, George, for the Dimension Data Pro-Am, which gets under way from February 13-16.