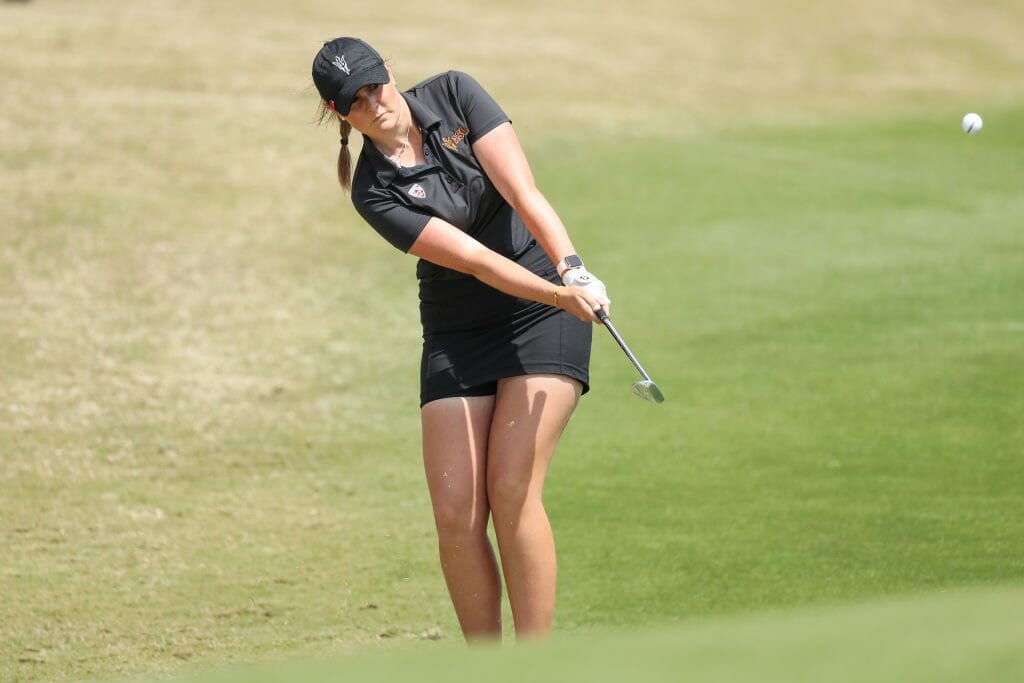 Olivia Mehaffey was once again instrumental as the No. 2 Sun Devil Women’s Golf team got their Spring season started off right, defeating No. 20 UCLA and No. 50 Denver at the Tri-Match in the Desert.

“We were excited to get the start the Spring season off with a win today, but we are ready to get back to work,” Coach Missy Farr-Kaye remarked after capturing her 10th event title as a Head Coach since taking over in Tempe.

For Banbridge star Mehaffey’s part, she fired five birdies in an even par round of 72 that was good enough to take fifth in the individual stakes.

Her teammate, Alessandra Fanali was not only the highest-finishing Sun Devil, she paced the field with a 68 (-4), matching her season-low. The sophomore now has five rounds in the 60 in her career, taking home her first-ever collegiate Individual Championship.

This is the second consecutive year the Sun Devils have won the one-day and 18-hole event, beating Georgia and Denver last season. The 2019 edition saw ASU finish with the exact same score (-1/287) in addition to accounting for the individual winner, as Alexandra Forsterling shot a tournament-best 69 (-3).

Four Sun Devils found themselves in the Top-10 by the end of the day, led by  Mehaffey at even par. Alexandra Forsterling (+1/73) and Raquel Olmos (+2/74) joined Mehaffey in the Top-10, with the depth of the Sun Devil line-up on display.

As for Wilson, she could hold her head up high after carding four birdies in a one-over par round of 73.

That was good enough shooting for the rising UCLA star to sneak a top-10 finish in a tie for 9th at plus-one as she continues her impressive start to college golf in America.