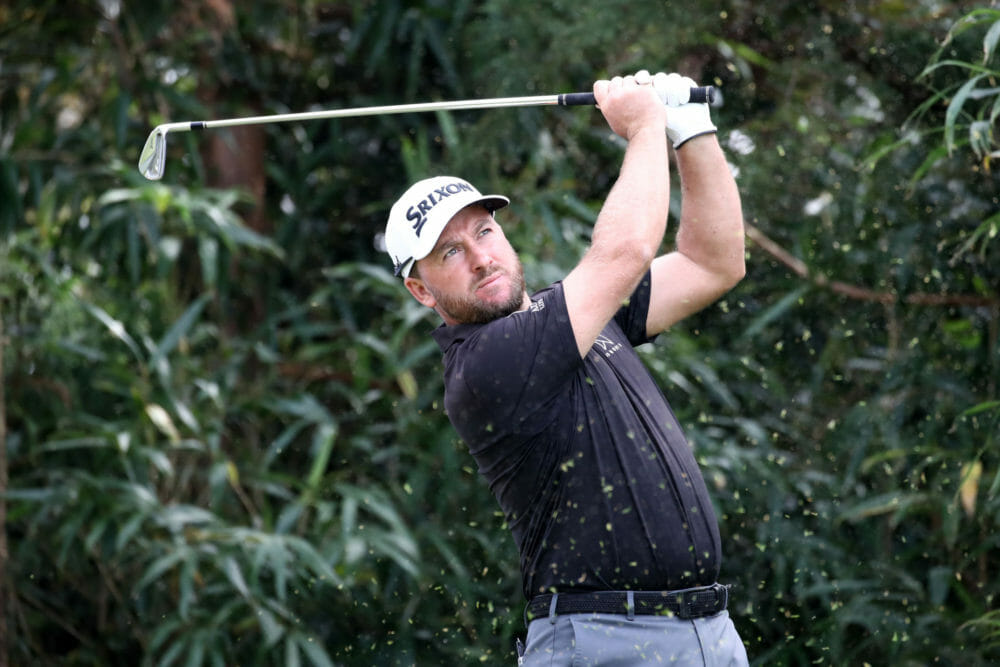 The Northern Irishman hit 10 of 18 greens in regulation during his second round and enjoyed a good round of putting, with no misses on putts within 10 feet.

McDowell finished his round tied for 37th at even par at the weather disrupted event where Brendan Steele and Cameron Davis were in 1st at 6 under with Australian Cameron Smith in a group just a shot further back having completed 36 holes.

On the 423-yard par-4 second, GMac had a bogey after hitting the green in 3 and two putting, moving the Irish Open host to 1 over for the round.

McDowell bogeyed the 460-yard par-4 sixth, failing to get up and down and he compounded that error on 7 when his chip went 21 yards to the green where he had a two-putt for bogey, bringing him to 3 over for the round.

On the 506-yard par-5 ninth hole, McDowell reached the green in 3 and sunk a 26-inch putt for birdie.

The comeback was complete after a drive to the left side of the fairway on the 417-yard par-4 16th hole was followed by a 130 yard approach shot, setting himself up for the last birdie on a positive round of golf.

At the top, Brendan Steele birdied five of his last six holes – the exception was a double bogey – for a 4-under 66 that gave him a share of the lead with Cameron Davis of Australia, who also had a 66.

They were at 6-under 134, the highest score to lead the Sony Open through 36 holes since 2006. More unusual was the cut at 1-over 141, leaving only a seven-shot differential between first and worst due to the stormy conditions.