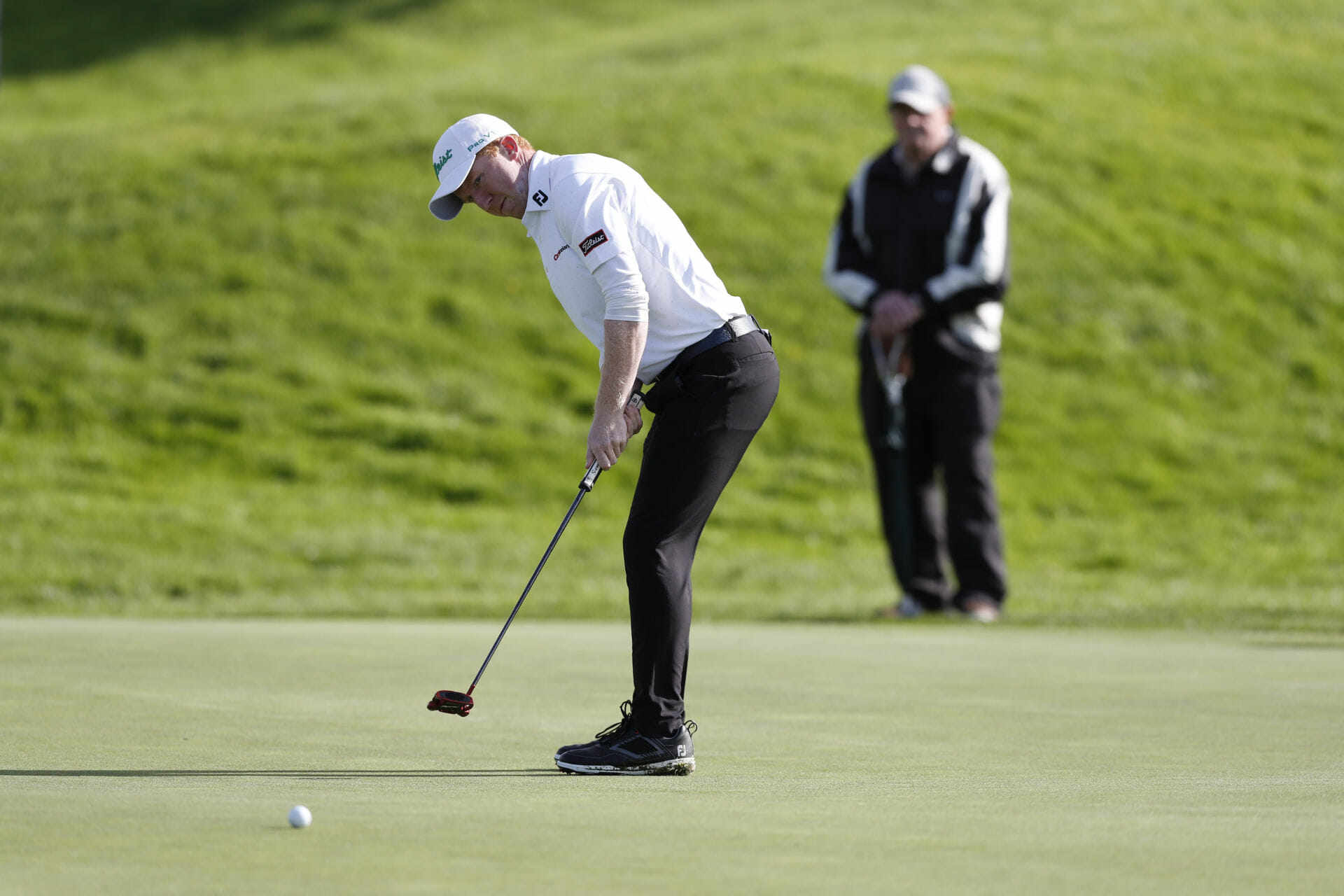 Gavin Moynihan and Jonny Caldwell both sit in a tie for 45th ahead of the final round of the South African Open hosted by the City of Johannesburg. Moynihan was planning a fast moving day playing the Firethorn Course he had navigated in 68 shots for a -3 opener on Thursday but a late double bogey derailed his charge.

Standing on the 223 yard par 3, 17th tee Moynihan was two-under-par for the day and pushing towards the top 20 on the leaderboard but an errant tee shot found a water hazard.

Due to the angle of entry and flag position, Moynihan was left to play his next shot out backwards to the front of the green leaving him over 50 feet from the hole. A costly three putt meant a double bogey moving him back to level par for the day and -5 for the week.

A polar opposite closing to his eagle – birdie finish on the Bushwillow Course yesterday.

“I had a good ball striking day today but just putted terrible” said Moynihan after his round. “I am finding these greens really tough to read this week, hopefully they fall tomorrow” he added.

Cladeboye’s Jonny Caldwell carded a -1 round of 70 to sit on the same score as Moynihan as both will be looking for a Sunday charge up the leaderboard and collect lucrative early season Race to Dubai points.

At the head of affairs and ten strokes clear of the Irish duo, Louis Oosthuizen will take a one shot lead into the final round as he looks to secure back to back South African Open titles. The tournament host claimed an emotional victory last season as he won his home open for the first time and a third round 64 at Randpark Golf Club put him on track to make it two in a row.

The 2010 Champion Golfer of the Year will head into day four at 15 under, one shot clear of England’s Marcus Armitage (who carded a superb 62). Oosthuizen is hoping to become the first player to successfully defend this title since countryman and fellow Major Champion Trevor Immelman 16 years ago.