Ireland set for two visits from the 2020 EuroPro Tour 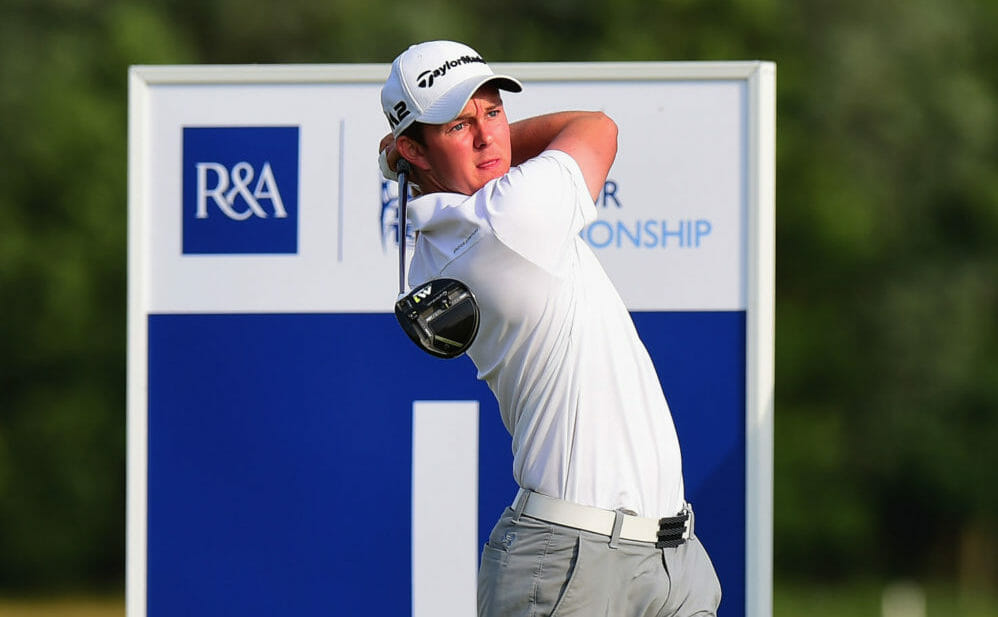 The GolfCatcher PGA EuroPro Tour 2020 schedule has been announced with Irish golf boosted by two events in the schedule this year.

The Tour covers the length and breadth of the UK and Ireland over the main season including former European Tour venues before a new country and courses for a four-day season finale Tour Championships.

Yet it’s August that the EuroPro will come alive for Ireland’s stars of the future as Clandeboye Golf Club, the home of European Tour graduate Jonathan Caldwell, takes up hosting duties from the 19th before the Tour returns to Tulfarris for another stopover in Wicklow as the season nears crunch time.

Jonathan Caldwell was Ireland’s nearest hopeful for one of 5 Challenge Tour cards that the Tour offers when he narrowly came up short having held 5th spot entering the Tour Championship last year. He went on to Q-School to incredibly snatch one of 25 European Tour cards so for Ireland’s fairway dreamers, who knows what fruits the EuroPro Tour could yield in 2020?

13th – 15th May – Luton Hoo, Golf & Spa  Luton Hoo, Golf & Spa will be the season curtain-raiser in 2020 with a length of 7,107 yards and a mixture of both challenging inland links holes and parkland across the beautiful estate.   It’s been a firm favourite in years gone by with the Tour most recently visiting in 2017 where Sam Connor won by seven shots on twenty under par after three days and the Challenge Tour visiting in 2018.

27th – 29th May – Harleyford Golf Club  Home of Tour alumni Tyrrell Hatton, Harleyford Golf Club has proven to be a stern test and will form part of the schedule for the third year.  The Donald Steel designed course features beautiful James Doran-Webb’s driftwood sculptures wherever you look with the staple feature being the Harleyford stag sitting proudly behind the first tee.

17th – 19th June – Cumberwell Park   Cumberwell Park is a course that players always look forward to going back to with a first-class short game area and 45 holes across the courses that take in everything Wiltshire has to offer with a blend of rolling countryside, lakes, streams, natural copse, and woodland.

24th – 26th June – Montrose Golf Links  The fifth-oldest golf course in the world returns to the schedule after a break with the iconic links making it one of the toughest tests in Scotland.   Back in 2013, it was home to one of the Tour’s most iconic moments when John E. Morgan fired in a hole in one on the 235-yard par three.

8th – 10th July – Chart Hills Golf Club  Chart Hills Golf Club is Nick Faldo designed and spans over 7,132 yards with a tricky 599-yard start and one of the longest bunkers in Europe causing problems for players on the fifth known as The Anaconda.  Tour Alumni Jordan Smith was the most recent winner at Chart Hills in 2015 for his first professional victory later winning on the European Tour in 2017.

15th – 17th July – Clevedon Golf Club  The humble roots of John E. Morgan sprouted from Clevedon Golf Club and that’s where the Tour will head to in the middle of July. Clevedon last hosted in 2018 where Mark Young won a playoff after rounds of 67, 72 and 66 along the West Coast.

29th – 31st July – East Sussex National  East Sussex National is regarded as one of the finest courses in Sussex with two Championship courses and first-class facilities on site with the East Course in focus for the Tour. Billy Hemstock held off Dave Coupland in a playoff to win on the Tour’s last visit in 2018.

5th – 7th August – Mannings Heath Golf & Wine Estate  The championship course has been influenced by Harry Colt, the great golf course architect responsible for beautiful layouts across the South of England. Colt’s input makes the Waterfall a challenging but exciting course that can test even the best of players.

12th – 14th August – Castletown Golf Links  It’s another Tour first as we head to the Isle of Man at the crunch end of the season with Castletown Golf Links surrounded by the sea on three sides for the ultimate golfing experience on a course designed by the great Old Tom Morris.   Grey Seals, Basking Sharks, and Risso Dolphins have all been spotted in the waters of the Langness Peninsula around Castletown.

19th – 21st August – Clandeboye Golf Club  Home of Tour graduate Jonathan Caldwell, Clandeboye is a former European Tour host and sweeps across Northern Ireland’s undulating countryside and the North Down.   It’ll prove to be a huge challenge with gorse, bracken and strategically placed trees across every hole, demanding extreme accuracy and punishing the slightest error.

9th – 11th September – Leven Links Golf Course  Leven Links is our second visit to Scotland on the schedule and the last event of the regular season. It’s another historic golf course spanning over 6,506 yards. The course encompasses everything you’d expect from a links course and could prove to be an explosive finish to the 2020 season.