The European Tour’s number game of 2019 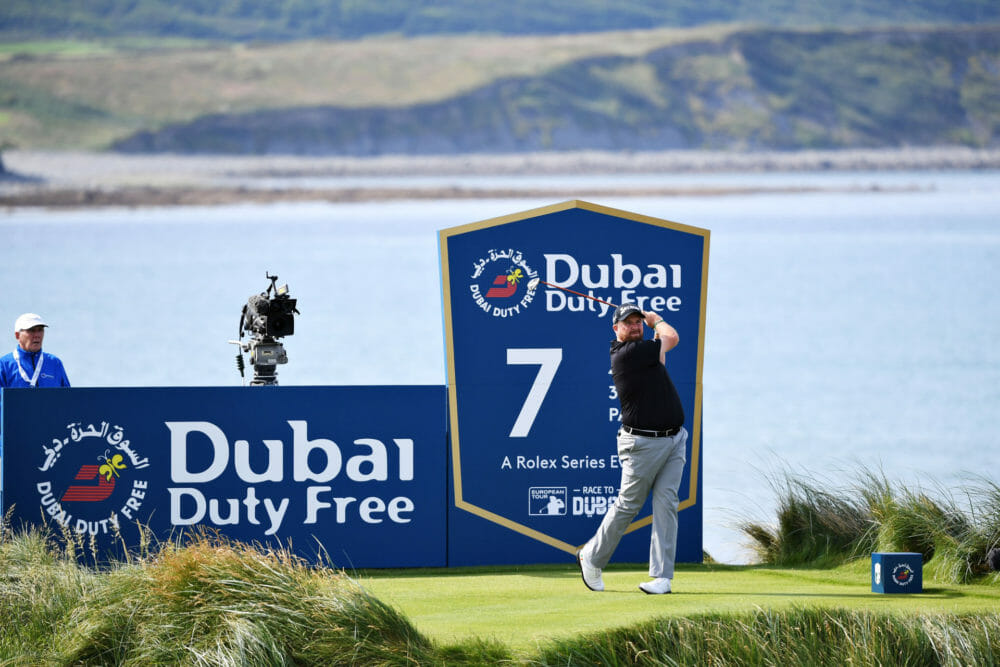 5,000,000 – the amount in dollars won by Jon Rahm after securing both the DP World Tour Championship, Dubai and the top prize from the Race to Dubai bonus pool.

50 – Jon Rahm’ s remarkable top five record on Tour this year, where he has recorded a top five finish in 50% of his appearances. In 12 starts the Spaniard amassed six top fives – the joint highest number on Tour. Austrians Matthias Schwab and Bernd Wiesberger also achieved the feat, but it took them 28 and 29 appearances respectively to do so.

68.61 – Rory McIlroy’s stroke average on the European Tour last season, the lowest of any player.

320.49 – the average driving distance of Australia’s Min Woo Lee, in yards. His impressive clubhead speed off the tee made him the longest on Tour for the 2019 campaign.

27.82 – the average putts per round of Rafael Cabrera Bello, the lowest figure on the European Tour last season.

7.82 – the number of one putts per round, on average, taken by Justin Harding last season. This prowess on the greens was one of the reasons why the South African broke into the top 50 in the Official World Golf Ranking for the first time in 2019.

Ten – the number of top ten finishes for Matthias Schwab last season. The young Austrian was the only player on Tour to reach double figures in top tens during the 2019 Race to Dubai campaign.

451 – the number of birdies made by Erik van Rooyen in 2019 – the most by any player on Tour. The South African, who won his first European Tour title at the Scandinavian Invitation this year, achieved this in 103 rounds.

1926 – the number of holes played by Kurt Kitayama. The American played more holes than any other player on Tour during an excellent rookie season, where after completing 107 rounds he recorded two wins, four top fives and five top tens. Rookie of the Year Robert MacIntyre was his closest challenger when it came to time spent on the golf course last season, with the young Scot playing 1908 holes.

1.96 – the average number of strokes gained per round against the field by Matthew Fitzpatrick on Tour last season. Despite not winning, it is easy to see how the Englishman finished fifth in the Race to Dubai with his strokes gained record the best of any player.

77.66 – percentage of greens hit in regulation by Martin Kaymer during the 2019 Race to Dubai. The two-time Major Champion’s excellent approach play numbers made him the best in that category last season.

Three – the number of victories by Rahm and Wiesberger on the European Tour last season, the most by any player. After winning the Dubai Duty Free Irish Open for a second time and defending his Mutuactivos Open de España title, Rahm claimed victory in the DP World Tour Championship, Dubai.

Following an 18-month wrist injury lay-off, Wiesberger returned to the top of the sport in impressive fashion in 2019 with his trio of wins coming in the Made in Denmark, along with the Aberdeen Standard Investments Scottish Open and Italian Open – both Rolex Series events.

One – the number of events played under floodlights in European Tour history – a feat achieved last season. During the 2019 Turkish Airlines Open six men went head-to-head in a play-off for a €2,000,000 first prize, with Tyrrell Hatton taking home the goods.

60 – number of shots taken by Robert Rock during the second round of the Dubai Duty Free Irish Open – the lowest of the season. Rock narrowly missed a birdie putt on the last which would have seen him become only the second player after Oliver Fisher to card a 59 on Tour.

Seven – Bryson DeChambeau’s margin of victory in the Omega Dubai Desert Classic – the largest of the season.

16 – the number of first-time winners on Tour last season, they were: