McIlroy to put clubs away after Rahm delivers knockout blow 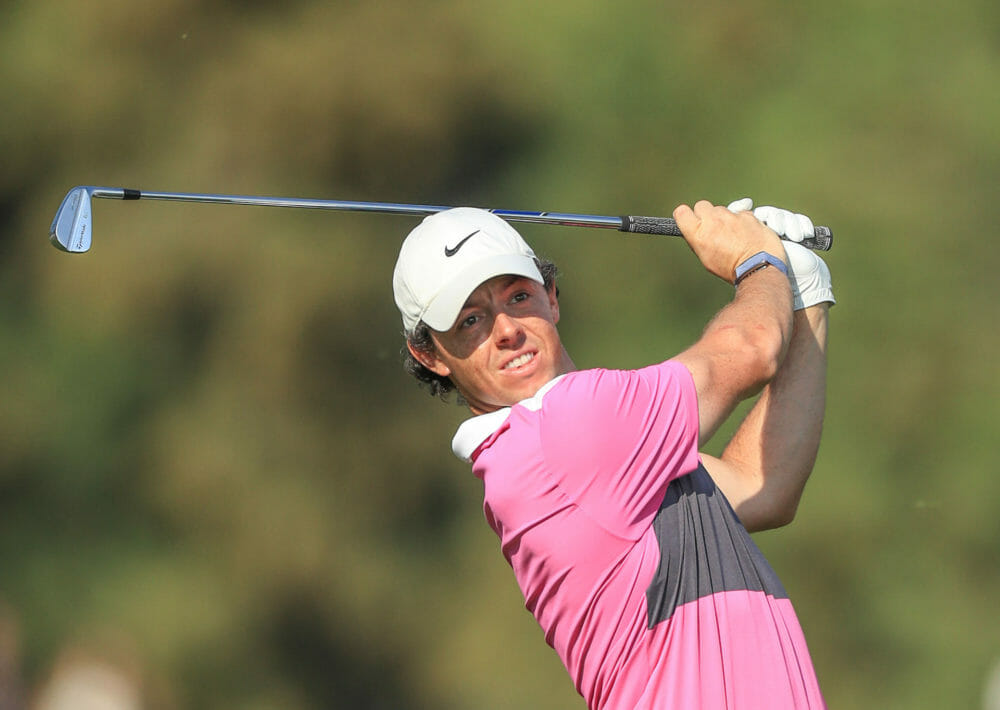 Rory McIlroy has vowed not to touch his clubs again until the New Year after one of the most successful seasons of his now dozen-year pro career.

McIlroy signed off his season with a tired-looking final round 74 for fourth place at 12-under at the DP World Tour Championship in Dubai.

It was not the result the great majority of fans in attendance at Jumeirah Estates and McIlroy had wished as he sought a career first of winning the same event three times and also, as he has done twice before, recording five victory triumphs.

Instead, reigning Dubai Duty Free Irish Open champion, Jon Rahm was crowned European No. 1 holing a near tap-in birdie at the last to capture a second DP World Tour Championship for a second time in three years.

Rahm, in shooting a last round 68 for a 19-under par total, overhauled Austrian Bernd Wiesberger for the No. 1 title with Wiesberger slipping to 3rd overall after a 22nd place result in Dubai.

England’s Tommy Fleetwood birdied five of his closing seven holes in a score of 65 for second place at 18-under par to also finish runner-up to Rahm in the Race to Dubai.

McIlroy’s 88th round in an official 2019 year ended with just two birdies but also three bogeys with the effort seeing the 30-year old officially ranked 6th on the Race to Dubai.

Still, the World No. 2 has every good reason to stand proud.

And just recently, McIlroy won for a first occasion at the WGC – HSBC Champions event.

“I played probably some of my most consistent golf with four wins and this is now my 19th top-10.

“Yeah, you know, look, it’s been a learning year, as well. I learned some things that I want to take forward into next year but first and foremost, I’m looking forward to a couple of months off to reflect on everything and get myself ready for next year.”

McIlroy was jetting back to his palatial Bears Club Resort home in West Palm Beach, where he will begin replacing the spoils of 27 worldwide pro-career victories in a new trophy cabinet that has been put in place in his absence

And he’s looking forward to packing away the tools of his multi-million dollar winning trade.

“I’d say I’ll try not it touch my clubs for rest of the year,” he said.

“I’ll take a nice four to five-week break from them and then in the New Year, I’ll start getting ready again and playing in the last week in January.

“I’m going to spend time with the family and then I’m going to go back home for Christmas for the first time in a couple years, that will be nice.

“I’ll really just try to get away from it and maybe do a bit of gym work, and sort of enjoy the sun in Florida for a few weeks and enjoy Christmas time at home with my parents in Belfast.”

First Tour stop in 2020 for McIlroy will be the January 23rd commencing Farmers Insurance Open at Torrey Pines in California.

Shane Lowry meanwhile signed off with a pair of weekend 70’s for a tied 12th finish at seven-under par.

The Clara golfer ended the season in fourth place on the Race to Dubai table and banked €86,355.01 for another lucrative trip to Dubai.