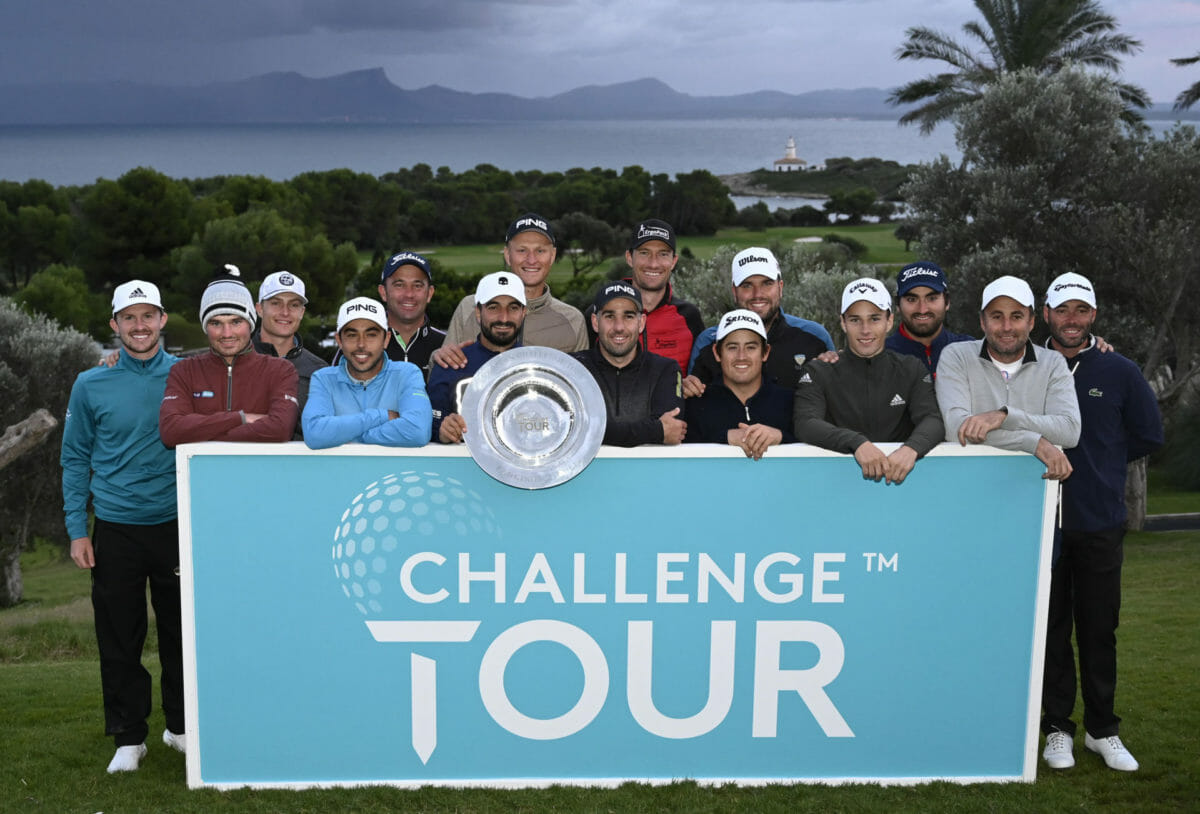 Cormac Sharvin signed off on his most consistent professional campaign, albeit with a performance not befitting it as the curtain came down on the Challenge Tour season with the Grand Final in Mallorca.

The 27-year old struggled around Alcanada for most of the week and carded four bogeys in a two-over par round of 73 on Sunday.

His seven-over par tournament tally saw Sharvin sneak a top-35 finish and although it wasn’t the display he would’ve hoped for, the result secured him 11th spot on the Road to Mallorca standings as he collected one of 15 precious European Tour cards on offer for the 2020 season.

It’s been an exceptional campaign for Sharvin, underlined by seven top-6 finishes, over €100,000 banked on the Challenge Tour alone and a season highlight where a venture to the European Tour for his home Open at Lahinch saw the Ardglass professional bank a top-15 finish and a cheque worth €85,655.

The Northern Irishman can look forward to similar opportunity next year as he becomes the latest Irish star on the European Tour and all going well next week at Final Stage Q-School, some familiar faces in Paul Dunne and Gavin Moynihan will join him with full status too.

1/2 Anti climatic finish to what’s been a very solid 2019 season! Delighted to have secured my @EuropeanTour card! Looking forward to the challenges it will bring! Can’t thank my sponsors enough @M3Medical @FlogasIreland @teamirelandgolf

Francesco Laporta secured victory at the Grand Final in wire-to-wire fashion and in doing so finished the season as the 2019 Road to Mallorca Number One.

The Italian battled testing conditions, which delayed the start of the final round and caused a suspension in the morning, to post a closing level par round of 71 and win the Grand Final on six under par, two strokes ahead of Sebastian Heisele and Robin Sciot-Siegrist, who shared second place on four under par.

It is Laporta’s second win in his last three starts after triumphing at the Hainan Open last month and he joins the Challenge Tour Roll of Honour as Road to Mallorca Number One, finishing over 50,000 points ahead of Scotland’s Calum Hill in second place.

“It feels unbelievable,” said Laporta. “It hasn’t hit me yet. I came here just to fight for the Number One spot, and I fought really hard. I played some of my best golf of the year this week on a tough course in such a beautiful place under tough conditions. It was very windy all week, and rainy today. It feels great and I’m really happy about the week.

“It’s just a dream. Dreams come true. To put another Italian name on the board of Challenge Tour Number Ones with people like Edoardo Molinari and Andrea Pavan, I’m really happy about that.”

Richard Bland secured a return to the European Tour at the first time of asking by finishing third on the Road to Mallorca Rankings, with Heisele’s tie for second place moving him up to fourth.

Adrian Meronk will become the first-ever Polish player to have full European Tour playing privileges in 2020 after finishing fifth on the Rankings, while Jack Senior and Robin Roussel finished sixth and seventh.

Early season wins at the Challenge de España and Prague Golf Challenge earned Antoine Rozner eighth place and graduation was secured by Matthew Jordan in his rookie season by finishing ninth, while Ricardo Santos, Cormac Sharvin and Oliver Farr finished in the next three spots.

Rolex Trophy winner Darius van Driel and Connor Syme, who won the season-opener at the Turkish Airlines Challenge, cemented spots 13 and 14, and it was Sebastian Garcia Rodriguez who earned the final European Tour card by finishing in 15th position.

It was a nail-biting end to the day for the Spaniard, who posted rounds of 76-77 over the weekend and was forced to watch as Sciot-Siegrist miss a birdie putt on the final hole, before seeing Heisele get down safely for par in the final group of the day. Had the German missed, Sciot-Siegrist would have finished solo second and leapfrogged Garcia Rodriguez into the final graduation spot.

The Frenchman was only 1,369 points behind Garcia Rodriguez and he was followed by Ben Stow and Wil Besseling, who finished 17th and 18th respectively.

The first European Tour events that the Class of 2019 will be eligible to play in will be the Hong Kong Open and the Alfred Dunhill Championship, which both take place from November 28 – December 1.