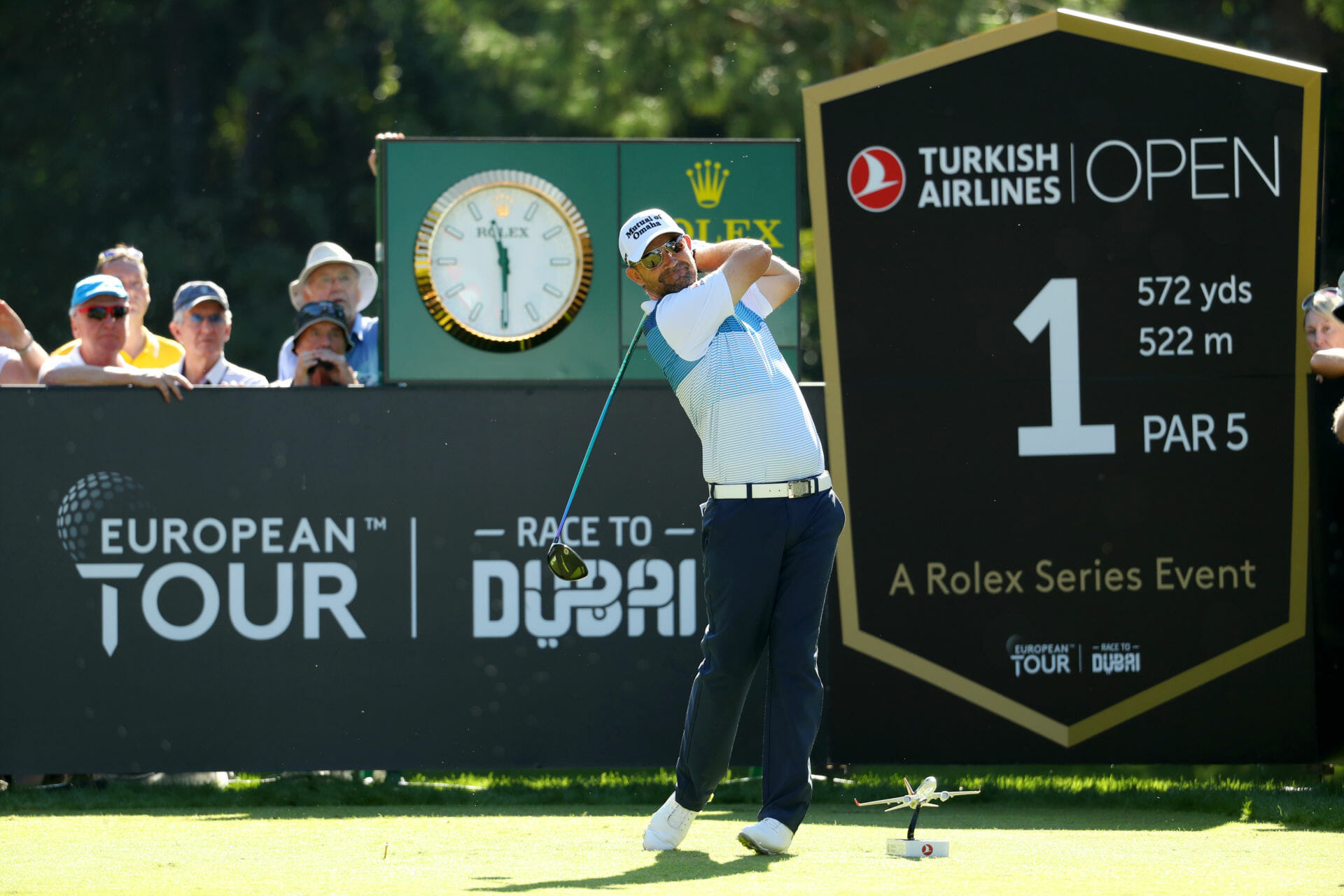 Padraig Harrington posted a bogey-free six-under par 66 despite some wayward driving to get his tournament back on track at the Turkish Airlines Open.

Harrington arrowed an 8-iron approach to the ninth hole, his last in setting up a birdie from six feet before signing for an effort nine shots better than his opening day 75.

It sees the European Ryder Cup Captain move to a tie for 45th heading into the weekend where he’ll hope an increase in the number of fairways hit can set-up even better scores over the final two days.

“I am happy with my score and the way I played but to be honest, if I had of shot five-under I would have been very disappointed so to birdie the last makes it a bit more palatable,” Harrington reflected.

“I didn’t drive it well again today and struggled off the tee but I hit every green in regulation and pretty much every hole I had a good chance of a birdie, so a six-under return was okay and it could have been better but as I said, I didn’t drive it well so it’s a bit of an improvement.

“I hit a lot of good putts today that could have gone in, so it could have been a really, really low one and clearly now I would settle for a couple of 66s, as well over the weekend.

“But I am not exactly buzzing with confidence as my driving isn’t so good and short and crooked is not great, so I will work on that the next two days.”

With his velvet touch returning to the putting surface, Harrington needed just 30 hits of the short blade on Friday to navigate his way around the Maxx Royal Course. Unfortunately, it’s his new driver that’s been misbehaving, a club Harrington’s been getting used to having cracked his old driver a few weeks ago.

“I will just keep trying to play … you are always kind of working on things and I find myself better off when I am on the golf course doing it. I’d dearly love for my putting to stay the same it has for the last two days as every day it’s been nice and run at the hole. That is something to keep going and keep that feeling.

“I haven’t driven it well and I cracked the face of my driver a few weeks ago and it’s not quite there yet with the new driver I have.  Another couple of days on the golf course will help as you can’t find the driver on the range and you have to find it out on the golf course, so it may need a few more tweaks over the weekend re the set-up.

“I was disappointed when the face cracked as I was driving it really well and I was really happy.  I have been using the same model now for three years but then maybe two but it does seem like three.

“They are running out of them at this stage!” he remarked, smiling.

At three-under par, Harrington trails 23-year old Matthias Schwab by nine strokes with the Austrian stamping his authority on the competition with a 65/67 two-round return.

Shane Lowry shares 25th place at seven-under par after a day two 65 saw him move to within five strokes of the leader.