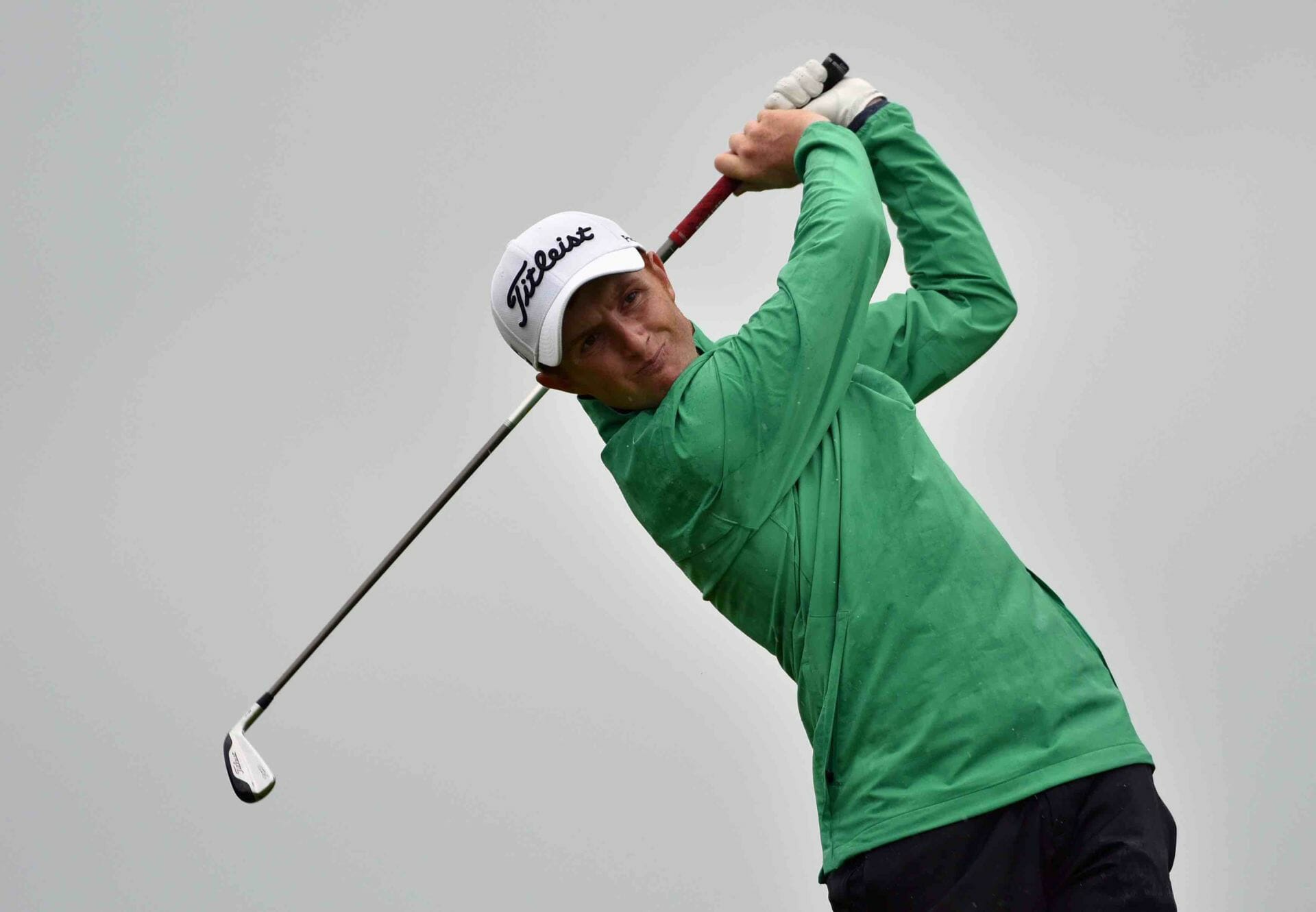 Of the dozen players sitting their exams this week at Stage Two of European Tour Q-School, only one amateur survives.

Familiar faces were no surprise as he arrived in sunny Spain, however the gusting winds that accompanied his first practice round on Tuesday certainly left the 24-year old scratching his head.

“I played today [Tuesday] and the pull trolley would not stay upright,” Mullarney said.

“I’m staying with a couple from my golf club back home who drove me up to the course and they said they’d never seen it as windy, and it’s going to be windy all week! It’s going to be a bit of a grind.”

October’s been a bit of a grind for everyone in Ireland it seems and Mullarney was unable to escape the winter blues either. With his thesis due, thoughts of the fairways were forcefully parked and although a trip to France for the European Men’s Club Trophy competition – where he tied 15th individually – provided brief respite from the harsh weather back home, his practice has mainly been off the course prior to this week.

“I’m lucky in that Dad gives lessons indoors and he has a purpose-built cabin at the house and that’s where I’ve been doing most of my practice,” Mullarney added.

“In the last eight days or so, definitely four of them you couldn’t even go outside. So, I haven’t played a huge amount of course golf but I kind of found something on the course today and I’ve been hitting the ball a lot better.

“It’s funny like, it’s so windy here and two of the days are forecast to blow as hard as it did in Ballybunion for the Close over the summer [where he won his maiden home championship!].

“I played first thing this morning and the greens were freshly mown and mother of God man, so many putts! It’s great to get here early and get a feel for that.”

As an amateur teeing up at Qualifying School for the first time, it could be argued that Mullarney sits his test this week with a clean slate. Where the scars of examinations gone by mark heavily upon other players’ skin, the Paddy Harrington Scholar can take a laissez faire approach with minimal expectation.

“I get where you’re coming from but once I’m playing golf – it could be something as simple as the Monthly Medal and it wouldn’t really bother me until it gets closer to the time and then I’m thinking about it constantly,” he said.

“I’d just be trying to break it down, how I’m going to go about it. It’s not so much that I get nervous but I get a bit wrapped up by it all so although you could say I’ve nothing to lose, it doesn’t feel that way.”

Mullarney still has everything to gain as he feels his way into the professional ranks from his amateur post. Aiding in his bid to be among those teeing up at the six-round slog of Final Stage next week is his friend and part-time caddie, Cathal Murphy who’ll play a key role in Alicante.

“Cathal has caddied for me at Senior Cup and he’ll be a great help. I don’t ask for much from a caddie but he’s really on the ball,” Mullarney revealed.

“I remember the first time I ever told him like, ‘Cathal, would ya mind just wetting that towel and I’ll throw you the ball’, we were playing Westport and he was like, ‘yeah, no problem’. So, I got onto the very next green and he’s standing right beside me with his hand wrapped up in a towel waiting for the ball. It’s the smallest little things but it’s great because it allows me to focus 100% on my golf.”

Exactly what he can expect from his game this week, remains a bit of an unknown but given how the wind’s expected to blow, and Mullarney’s mental aptitude for plotting his way around the golf course, worsening conditions won’t necessarily be a bad thing.

“The front nine is really open but the back nine is so tight. It’s too completely golf courses but it’s a really good layout. I know if the wind is going to continue and the greens are like that, it will be the smart player who qualifies and not necessarily the best player.”

Whatever happens for the soon to be Maynooth graduate, thesis result pending, he won’t be letting anything distract him from another examination, arguably every bit as important to the proud Galway swinger.

“The results are out sometime this month but being honest, I haven’t been checking my emails,” he laughed. “I haven’t heard from my lecturer. I’m not going to go looking for results either. It’s done now. They can come to me with them if they have to but I’ve enough to be thinking about this week as it is so I’m just looking forward to getting started now.”