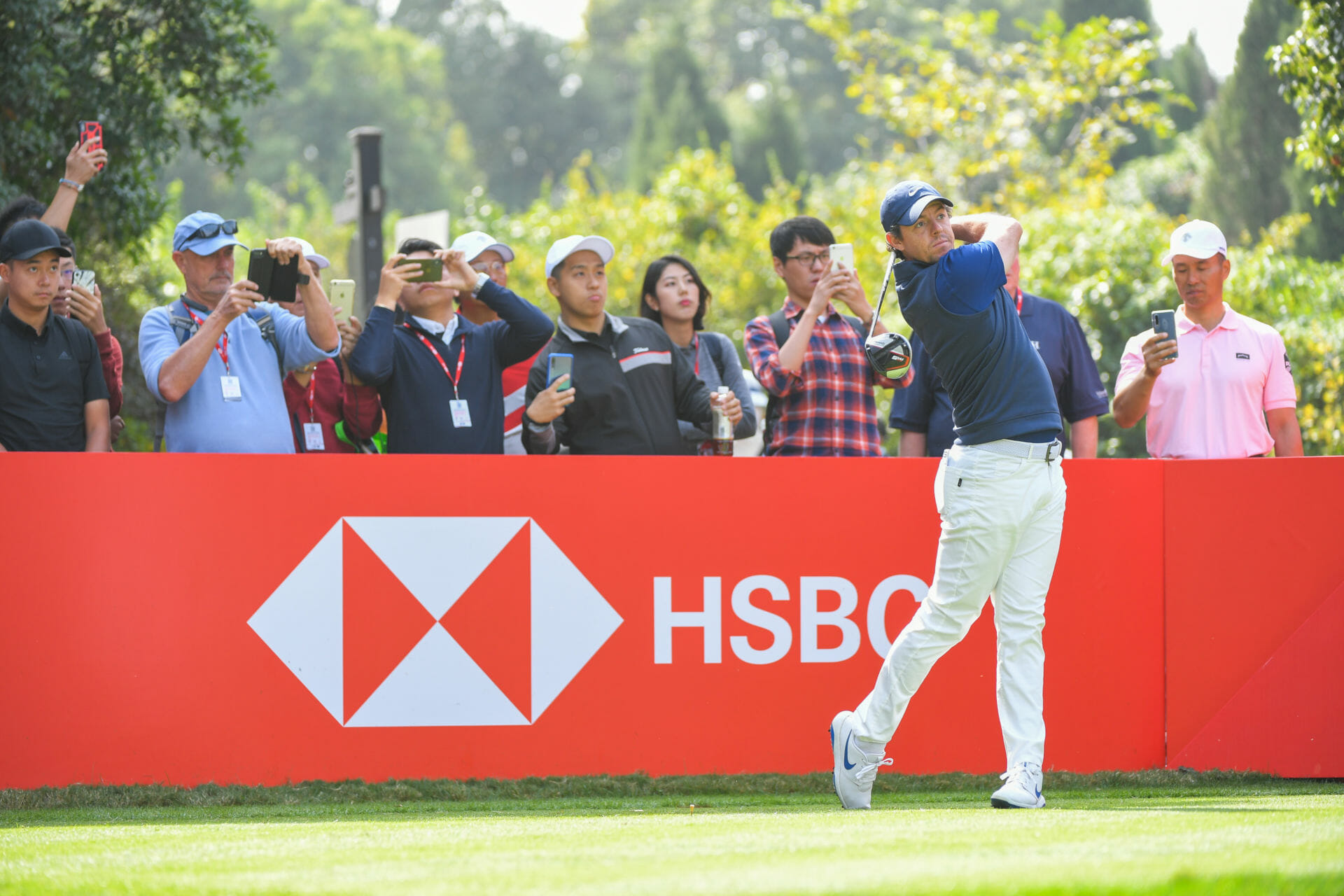 SHANGHAI, CHINA - OCTOBER 30: Rory McIlroy of Northern Ireland tees off on the first tee prior to the World Golf Championships-HSBC Champions at Sheshan International Golf Club on October 30, 2019 in Shanghai, China. (Photo by Ben Jared/PGA TOUR via Getty Images)

Rory McIlroy is itching to get back into the winner’s circle at a World Golf Championship event as he prepares to tee it up at this week’s WGC-HSBC Champions.

It’s been four years since McIlroy won his second and latest WGC event in 2015 and since then, the Holywood star has recorded nine top-10s in the tournaments, including a fourth top-5 at Sheshan International Golf Club in 2016.

McIlroy has won three times on the US PGA Tour this season and moved up to number two in the Official World Golf Ranking but has not yet added to his impressive tally of European Tour wins.

Having spent 95 weeks of his career ranked as the world’s best, he is eager to get back to that position and to continue his climb this week.

“WGCs are some of the biggest tournaments we play,” McIlroy said. “To win those events, it means that you’ve done something very well.

“I played well in WGCs this year. I had a good chance to win in Mexico, finished second. Had a chance to win in Memphis, didn’t quite get over the line there, Brooks (Koepka) played very well on that last day. And actually , I played okay on the Match Play, ended up being beaten by Tiger.

“I’ve always enjoyed WGCs. I think it was a real thrill to get into those fields for the first time and then to progress and to win a couple of them and be in contention in some of them. I want to go up against the best players in the world more often and you really get a chance to do that at these events.”

“I started this year maybe eighth or ninth in the world. If I play well the next few weeks, I’ll have a great platform going into next year.”

Meanwhile, and playing with McIlroy for the first two rounds this week, Justin Rose is eyeing a late dash to Race to Dubai glory as he returns to a happy hunting ground at Sheshan International Golf Club.

The Englishman lifted the trophy in Shanghai two years ago and went on to win the Turkish Airlines Open the following week, setting up a grandstand finish to his European Tour campaign. The Race to Dubai went right down the back nine on the final Sunday of the season, with Rose edged out by Tommy Fleetwood in the race for the Harry Vardon Trophy.

At 29th in the Race to Dubai Rankings Presented by Rolex, Rose knows he will need a similarly impressive finish to challenge again but he is not afraid of the challenge, with this week followed by three Rolex Series events.

“It’s been a good little hunting ground for me the last couple of years and it’s a golf course I really enjoy,” Rose said.

“I was so close to getting it done and just sort of stumbled bit on the Sunday. When I look back at it, it was a lot to ask. Winning in Shanghai, winning in Turkey and then I was pretty much right there in Dubai.

“With the way the points are weighted with the prize fund in Turkey and Dubai, it offers me the opportunity to make a run. I’ve probably got to win the last three to challenge Shane (Lowry) and Jon Rahm and the guys that are doing really well but that’s the situation I put myself in in 2017 and I very nearly did it.”