Carey signs off on Alps Tour campaign with top-10 finish 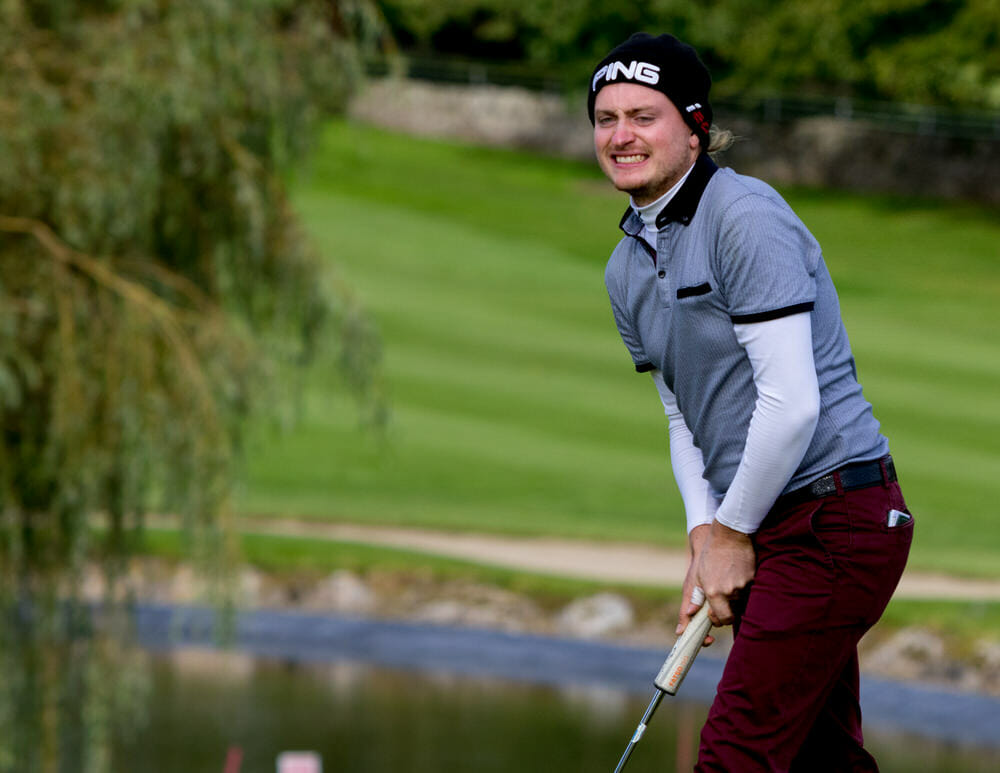 Castleknock’s David Carey signed off on a fine Alps Tour season with a top-10 finish at the Grand Final in Italy.

The Dubliner returned a three-under par 69 that included a highlight eagle 2 at the par-4 9th as he collected 1,075 Order of Merit points to close out his campaign.

Carey had to settle for 11th place on the table after amassing 14,915 points from 15 events played this year and he now heads for Second Stage Q-School in November full of confidence having come into super form that included a maiden win at the Cervino Open.

Meanwhile Jonathan Yates traded four birdies and three bogeys to sneak a top-20 finish after posting a one-under par round of 71.

The Naas professional’s two-under par tournament tally saw him collect 585 points to sit in 17th spot on the season-long Order of Merit.

Under the clear blue skies of the Lazio region in Italy at Terre dei Consoli Golf club Federico Maccario topped the leaderboard at -14 (274) over 72 holes to win the Grand Final 2019.

His first reaction was, “I’m really happy. My game was really solid through to hole 18. I’ve lost some competitions this year and I really wanted to have a good result today.”

Indeed, with just one bogey and six birdies for a final round 67 (-6), Maccario’s victory also moves him up to fourth place on the Order of Merit, putting him in the top five players and thus earning him a full Challenge Tour category for next season.

In joint second place at -13 (275) was Edoardo Lipparelli from Italy, Julien Forêt from France and Lukas Nemecz from Austria.

In fifth place at -12 (276) was Edgar Catherine and his French compatriot, Frédéric Lacroix, was just behind him in sixth position with -11 (277).

Throughout the day the top of the leader board constantly changed, but as the players headed down the back nine, the final six players fought tooth and nail right down to the line.

First into the clubhouse was Edgar Catherine who carded an incredible 63 (-9) today with a total of 11 birdies for 2 bogeys. As he left the recording area, his overall -12 still left him in contention.

Next in was Edoardo Lipparelli who as he signed his card for a 68 (-4) for the round, left him as joint leader at -13 overall.

His hopes were dashed as Federico Maccario in the flight behind him birdied the 18th to come in at -14. His playing partner, Julien Forêt, did par on the last hole to finish an overall -13.

The question on everyone’s lips was whether or not Lukas Nemecz at -13 would force a play-off as the final flight headed down the 18th fairway. His four birdies and an eagle on the back nine made it a strong possibility.

It was not to be. Par it was and the roars of congratulations rang round the club house as Federico Maccario was crowned champion of the Alps Tour 2019 Grand Final.

After the distribution of the points, this year’s Order of Merit sees Edoardo Lipparelli in first place, followed by his compatriot Enrico Di Nitto in second. Third place goes to Frédéric Lacroix with Federico Maccario next. The four rookies are joined by the Austrian, Timon Baltl to make up the five players moving on to the Challenge Tour in 2020.

After a compelling culmination to the 2019 season all eyes now turn to the Qualifying School at La Cala Resort in Malaga, Spain from the 15th to 21st of December 2019.