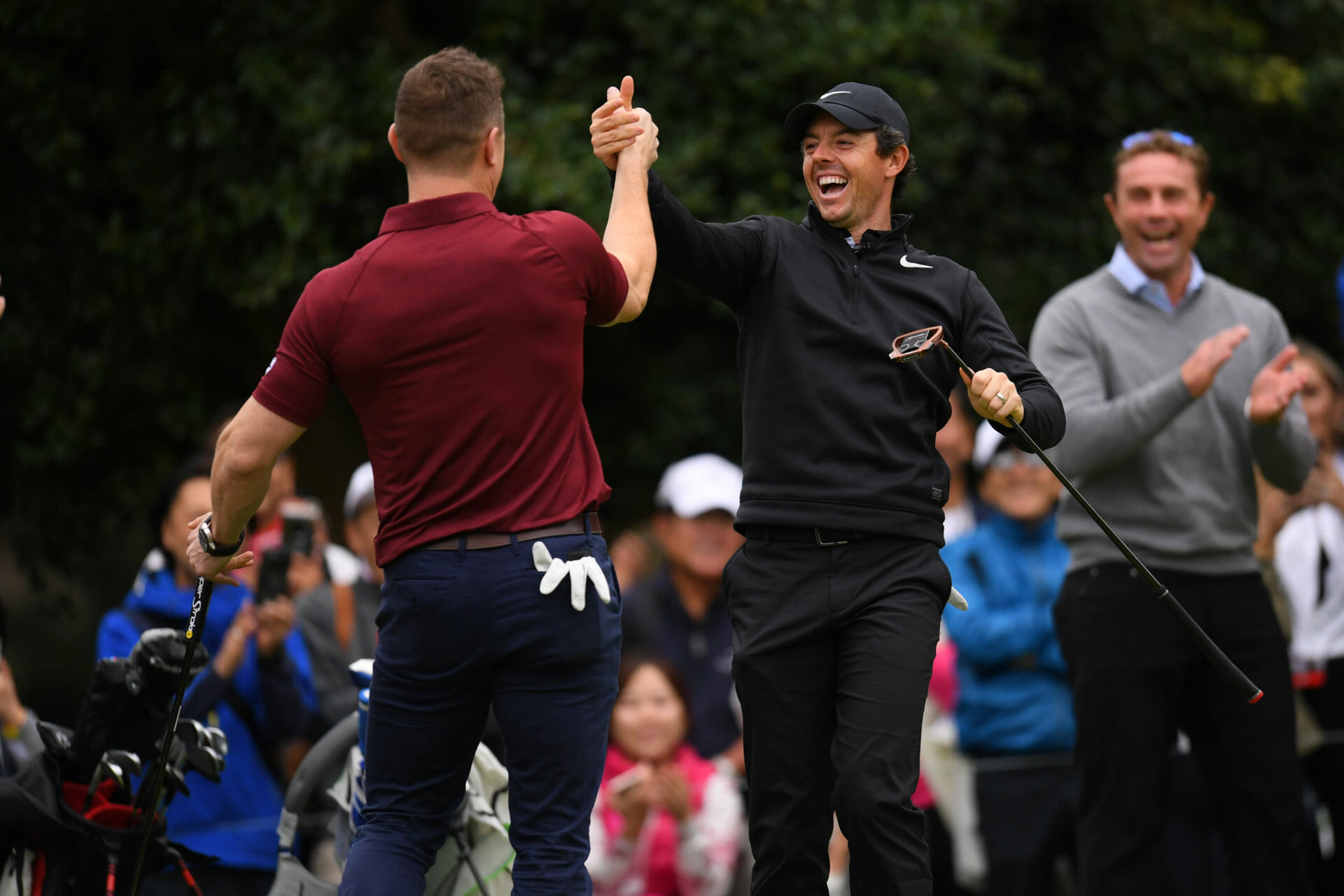 The Irish trio of Rory McIlroy, Shane Lowry and Graeme McDowell will look to restore Irish sporting pride in the Land of the Rising Sun at this week’s inaugural ZoZo Championship in Japan.

It is the first time a PGA Tour event is being held in golf-mad Japan with the Tour signing a multi-million dollar, six-year agreement with the Japanese on-line fashion website ‘ZOZOTOWN’.

The company last month attracted attention for another reason when Japanese billionaire Yusaku Maezawa agreed to sell a majority stake in his Zozotown fashion empire to Yahoo Japan in a deal reportedly worth $3.7bn as he prepares to become Elon Musk’s first private passenger for a flight around the Moon

Back on Earth, both McIlroy and Lowry were present in Tokyo on Saturday to witness the Ireland Rugby team get thumped 46-14 by the rampaging All Blacks.

Mcllroy, accompanied by his American-born wife, summed-up the frustration of a nation in being shown in the stands shaking his head in disbelief after Robbie Henshaw failed to regather a grubber kick to be denied a try early in the second half.

A smiling World No. 2 then lowered his head before face-palming with his left hand at what he had just witnessed.

“Massive game, quarter-final of the World Cup. Obviously hoping Ireland win, they’ve never been past the quarter-finals of a World Cup, so big night for everyone. Come on Ireland!’

Henshaw did get his try just a few moments later, though the side were still 27 points behind with just 11 minutes to play and with no chance of mounting a comeback.

It is also the first occasion in more than a decade a ‘skins’ match has also featured on the PGA Tour with the four stars competing individually for $350,000.

McDowell was heading to join McIlroy and Lowry in Japan in buoyant form after a pair of eagles over his closing seven holes in a score of 71 grabbed him a 16th place result at the CJ Cup in South Korea.

GMac, competing in his first PGA Tour event of the 2019/20 wraparound season, had dropped three shots through his opening 10 holes on the final day before spectacularly regrouping in eagling the par-5 12th hole and draining another, a 30-footer from just short of the final green for a second eagle ‘3’ on the Nine Bridges course.

The 40-year old Ulsterman collected a handsome prize cheque just shy of $150,000 and moved straight into 92nd spot on the FedEx Cup standings.