Lowry in Japan quietly confident Ireland can topple the All Blacks 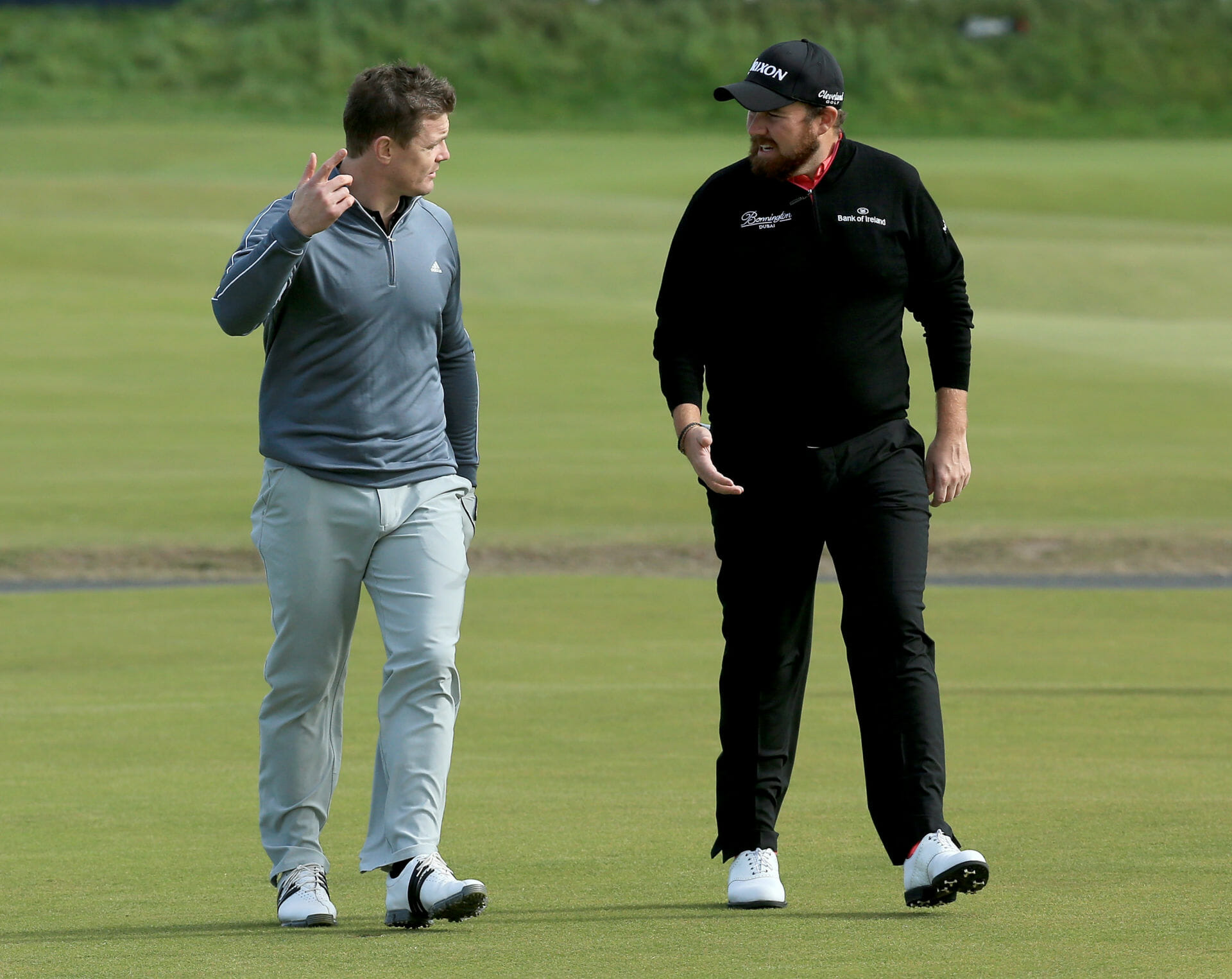 It’s not that Lowry is looking to get a jump on his rivals in seeing the Accordia Golf Narashine Country Club course for a first time.

No, instead Lowry, a devout rugby fan, will be at the Tokyo Stadium in the Japanese capital on Saturday to cheer on his beloved Irish team in their quest to defeat the might of the All Blacks.

The Ireland versus New Zealand match is one of two quarter-finals this coming weekend and one gets a strong idea of Lowry’s ‘really can’t wait for the match’ attitude writing for Paddy Power.

“I’m really excited to be in Japan for the ZoZo Championship that tees off next week and will get to go to Ireland’s Rugby World Cup quarter-final against New Zealand on Saturday,” said Lowry.

“I’m a big rugby fan – I go as much as I can. I’d go down to the RDS to watch Leinster and would go to as many Ireland games as I can. Outside of the GAA, it would probably be my favourite sport.

“It will be some occasion against the All Blacks and it’ll be pretty cool to witness it.

“If we pull it off, it will be one of the greatest days in Irish sport.

“So, I’m quietly confident. We’ve beaten them before and this Irish side are due a big performance and there’s not a better time than now to do it.

“I’d also love to see them show a few people up by doing it. Prove the doubters wrong. They’ve got an awful lot of stick in the last few weeks – unwarranted in my opinion. They’re trying their best, they’ve reached the quarter finals now and that’s all they can do.

“Okay, they didn’t top the group, but I still think there’s a big performance in them.”

In the other quarter-final match this weekend, England tackle Australia and if Ireland do defeat the All Blacks, they then face the winner of the England and Wallabies showdown on Saturday, October 26th in Yokohama.

And even if Lowry wanted to be present at this Rugby World Cup semi-final match, he can’t, given there is no cut in the Zo-Zo.

“I’m away from home now for two and a half weeks and it feels like an eternity but then the rugby lads are away for at least twice that, depending on how deep they go in the competition. It’s even longer when you count the pre-tournament camp,” said Lowry.

“It’s incredible how long they spend away from home. At least when I’m away I can bring my family and we stay together in the same hotel or house or whatever. The rugby lads don’t have that option.

“I’ve spent a lot of time in Asia and it’s a big culture shock to what you’re used to, so more than a fortnight away is difficult. At least they have the camaraderie of the group to fall back on whereas golf is a more individual game. There’s pro and cons to both.

“Mind you, I’m sure homesickness won’t be a factor if it means getting past Saturday’s game and reaching the semi-finals.

“While I’ve played in Japan before, I’ve never been to Tokyo, so that’ll be some experience. There’s something like 38 million people there, if you include the entire metropolitan area.

“The ZoZo Championship is a big event so I’ll be getting plenty of practice in, starting next Monday. There’s no cut, so that’s a plus, and there’s plenty of FedEx Cup points on offer as it also kick-starts my season on the PGA Tour, as they sanction it.

“It’ll be great to get four competitive rounds in ahead of the HSBC World Golf Championships in China afterwards and onto either South Africa or Turkey, before the final push in the Race to Dubai.”