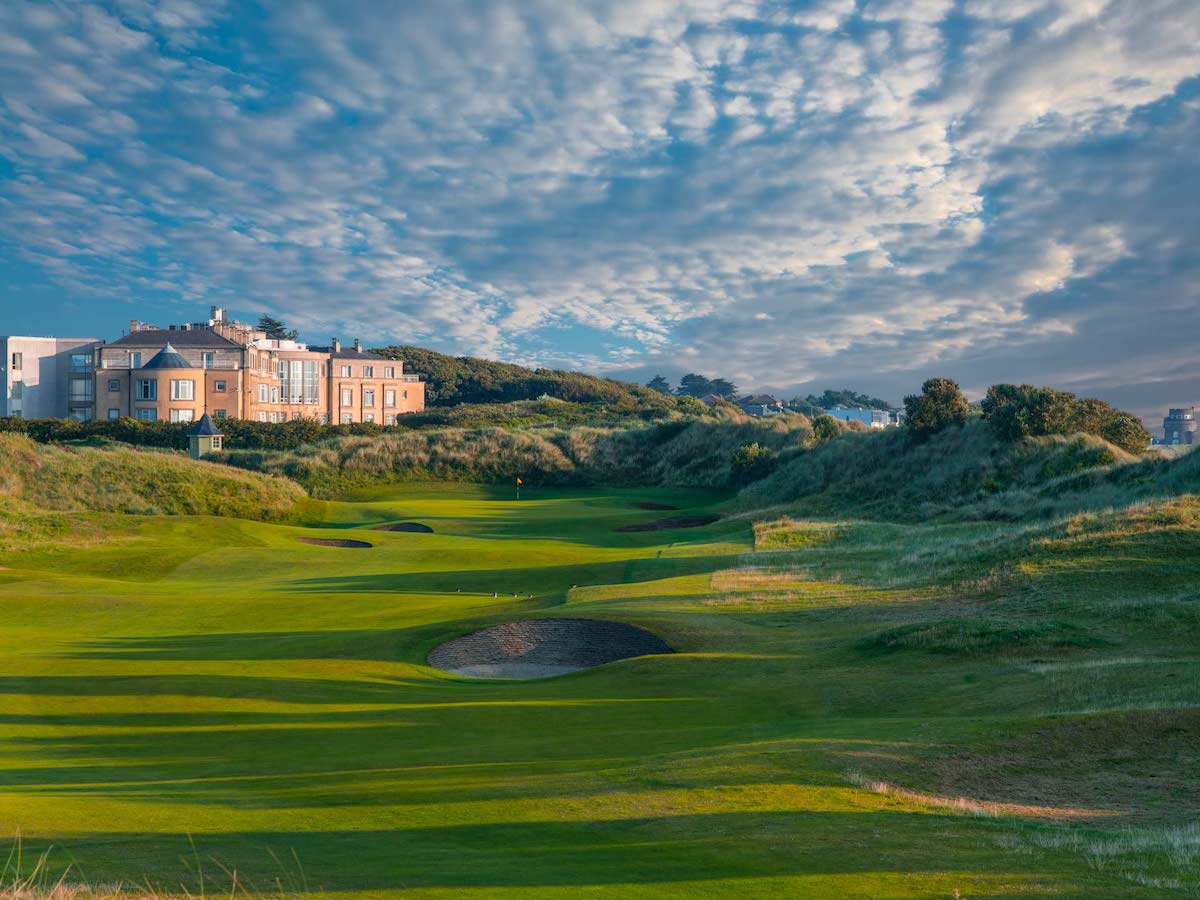 Portmarnock Hotel & Golf Links has been sold to the Sandman Hotel Group,
which was originally founded in Canada.
The Links was put up for sale with a €50 million price tag earlier this year
by previous owners Kennedy Wilson, and it is believed the asking price has
been met.

Founded in 1967, Sandman Hotel Group operates a network of sister hotel
and restaurant companies as part of the Northland Properties Corporation.
Based in Vancouver, British Columbia, the company currently has 59
properties from British Columbia to Newfoundland &amp; Labrador, the US, and
the UK.
The Links is the Group’s first purchase in Ireland.
“We are thrilled to be expanding into Ireland. It’s such a stunning part of
the world and this property is incredibly special,” said Mitch Gaglardi,
Managing Director, Northland Properties UK Limited.
“We have great respect for the existing team and the long-history of the
hotel – combined with our own 50 plus years of experience, we see a
winning formula.”

The Links golf course, which staged the Irish Ladies Open in 2008 and
2009, is rated as one of the best seaside challenges in the country.
Currently the club has a membership of over 300.
It opened in 1995 under the ownership of IMG and Columbia Investments,
the latter one of Dr Tony O’Reilly’s companies.
Ten years later, Capel Developments bought it for €70 million at the height
of the Celtic Tiger property and golf boom.

A planned swap deal with Clontarf GC fell through in 2008 due to the
banking crisis.
NAMA appointed a receiver to Capel Developments in 2011, and sold the
Hotel &amp; Golf Links to Kennedy Wilson three years later for approximately
€28 million.
Kennedy Wilson invested around €12 million in improving and developing
the golf course and the Resort during their tenure.
In May this year they announced their intention to put the Links Resort up
for sale.

The Sandman Hotel Group has properties in Newcastle, London Gatwick,
and Aberdeen on this side of the Atlantic.
Members of The Links golf club were informed about the sale to the
Canadian company this afternoon.
It is believed that enhancement of the golf course and the golfing
experience is a priority for the new owners.