Robin Dawson will look to put a disappointing September run behind him when he tees up in round one of the Lalla Aïcha Challenge Tour in Morocco from Thursday.

The Tramore professional missed three cuts on the spin last month, including most recently at the Hopps Open de Provence where he opened with a disastrous 81 from which he was unable to recover.

This week the European Challenge Tour makes its long-awaited return to Morocco following a nine-year hiatus and Dawson will be hoping Royal Golf Dar Es Salam can shower him in riches as he looks to make a late push on the Road to Mallorca standings.

With just two events remaining before the Tour heads to China, the fight is on for a place on the two-week Chinese swing, with only the top-53 on the Road to Mallorca Rankings securing their place in the field for both events.

Dawson currently finds himself in 88th spot on that list but a sound week in Morocco and the prospect of home comforts at next week’s Stone Irish Challenge at Headfort means there’s still much to play for before the Far East swing, albeit with Dawson needing to bridge a 10,000 point gap to force his way up the ladder.

With back-to-back tournaments in China before the Road to Mallorca reaches its climax at the season ending Challenge Tour Grand Final, the Lalla Aïcha Challenge Tour and the Stone Irish Challenge provide the final opportunities for those on the bubble to ensure they are still in the mix come the season finale.

Joining Dawson this week will be Shannon’s Daniel Brennan who will hope to take advantage of a rare venture into Challenge Tour company.

Brennan, who booked himself into Second Stage Q-School in November, has featured mainly on the EuroPro Tour this season but will hope to carry his Qualifying School form into a fruitful week in Morocco. 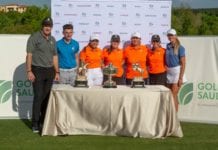