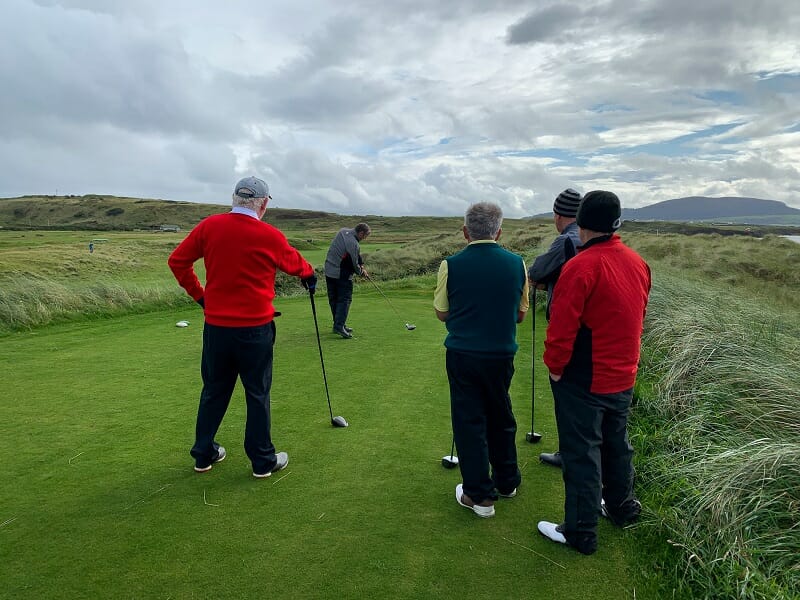 Templemore will take on Gort in the final of the Fred Perry Trophy at County Sligo on Friday after both sides came through their respective semis.

Woodenbridge put up a fight against the challenge of the men from Templemore but the Munster side ran out winners by a 3.5 to 1.5 score-line.

Seamus Bourke and Liam Daly, a pairing unbeaten throughout the campaign, put the first point on the board with a 2&1 win over Kevin Kinsella and Paul Phelen. Their second point came in the bottom match where Denis Maher and Padraig Moloney were comprehensive victors over Sean Darcy and Declan Tanham by 5&4.

“It’s a great achievement for a small club like Templemore, it’s only a nine-hole course and we have a very small membership, with only around 50 active members. I saw there was a bit of potential to pull a team together so we’ve done that and now we’ve reached the all-Ireland final it’s tremendous for me, the players and the club.”

In the other semi-final, Gort ran out winners over Ulster side Loughgall by the same 3.5 to 1.5 score.

John Kelleher and Michael Ryan stormed to a 6&5 win early on against Patrick McElmeel and James O’Hagan to put the Connacht side ahead.

Gort then added another point soon after when John Hynes and Kevin Mulkerrins were 4&2 winners over Stephen Wilson and Cecil Brownlee.

Loughgall did manage to win the top match where Kevin Keelan and James Willis sealed their point with an 18th hole win over Michael McInerney and Marin Callanan.

The winning point for Gort was delivered in the final match where Michael Cahill and Robert Lahiffe ended their match against Adrian Faulkner and Harry Clougher with a 3&2 win.

Ronnie Killeen, Gort’s team captain, was delighted to secure their place in Friday’s final. The club only have won a single green pennant in their 23 year history, the 2003 Pierce Purcell Shield which they won at Lisburn.

Team member Kevin Mulkerrins, who played in the Purcell final 16 years ago, will be looking to add a second all-Ireland winners medal to his achievements.

“The crowd of boys we have here have gone through Connacht unbeaten last year and we were alright again today and hopefully we’ll be alright tomorrow. We had a great game against Loughgall. For the last two years we’ve had the same bunch of lads all the time. Our average age is 64 upwards and they are all there for the last three years.”

As a new interclub event exclusively for men aged 55 and over, the Fred Perry Trophy has brought a new all-Ireland element of competition for the age category and Templemore’s Sean Gleeson is thrilled to have the competitive element for this age profile.

Templemore and Gort meet at 10am on Friday morning for the final which is played in fourballs.