A week for me, myself & I – Harrington 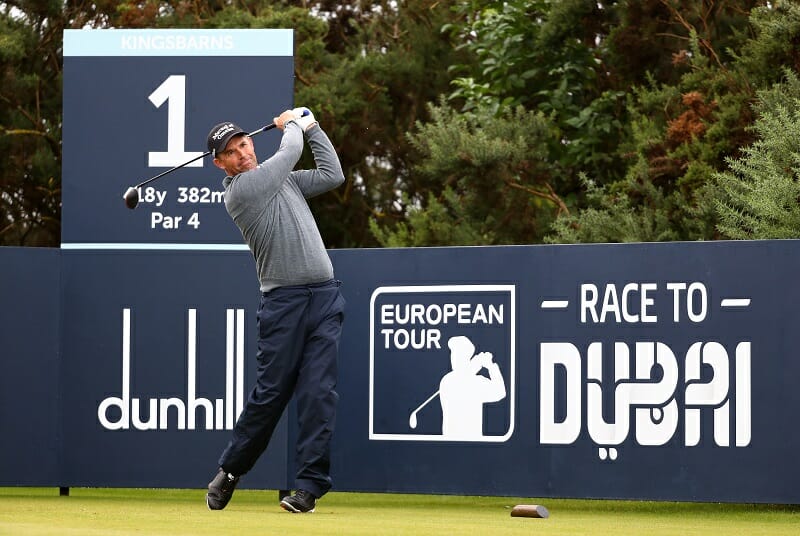 A winner in 2002 and 2006, it’s no wonder European Ryder Cup Captain, Padraig Harrington will be placing his sole focus on himself this week when the European Tour returns to the Home of Golf for the Alfred Dunhill Links.

“I’ve been lucky enough to win twice. It’s definitely the favourite tournament of the year for me and many players,” said Harrington.

“The three courses suit me down to the ground and I will be ready to give myself the best possible chance of winning. When it comes to a links golf course, I have a distinct advantage.”

With his game trending in the right direction of late, Harrington confirmed that he won’t be spending the week sizing up potential players in his team.

It’s a tactic that Harrington used to great effect to get a glimpse of a potential Ryder Cup bolter in Viktor Hovland, when he paired up with the flying Norwegian for the first two rounds of last week’s BMW PGA Championship at Wentworth. Although Hovland certainly impressed, this week the three-time Major winner is very much focussed on his own playing ambitions as he attempts to become the first man to collect three Dunhill Links titles.

“I think this week is more for me to enjoy. I don’t see it as a working week. I’ll be very much focused on enjoying it – and the links golf. As a two-time winner and as a constant feature at the Alfred Dunhill Links and as an Open Champion, I’ve always had a great welcome. There’s an affinity between the Irish and the Scots.”

That’s not to say that Harrington’s workload hasn’t been mounting in recent weeks. Speaking to RTE’s Greg Allen, the Dubliner revealed that he’s been working closely with statisticians who’ve already revealed by numbers, the players most likely to make his Whistling Straits team in 12 months’ time.

“Our stats guys have given us the percentage chance of each player making the team,” said the Dubliner.

“They’ve listed it out, from one player being 98.7% all the way down to the guys who are less than 5%. It’s interesting looking at it and going, ‘oh I didn’t realise that guy was above that player’.

“There were a couple of players on the list where you’d be surprised – there was one amateur on it.

“There was one name on the list who I didn’t know. I was amazed. And he is really good. Stats wise, this is a guy we’re going to have to watch. And as I say, there was one amateur who I did know. He played in the last Walker Cup. It creates a great buzz to have a look at this and see how it’s going to pan out.”

One man who Harrington is convinced will make the grade is Open Champion and great friend, Shane Lowry. The Offaly golfer is also in the field this week and Harrington foresees no headaches when it comes to Lowry’s Ryder Cup selection.

“It is a year away but I fully expect Shane to not give me any problems. He’s ideally set for this golf course.”

Harrington gets his tournament underway at Carnoustie alongside Rafa Cabrera Bello at 09.44 on Thursday.