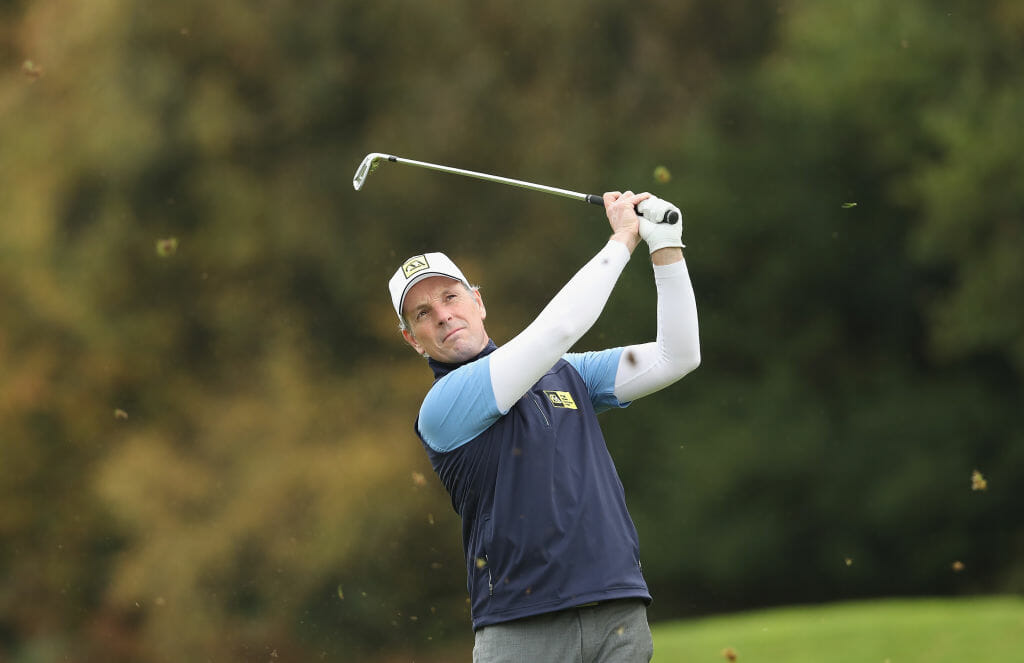 David Higgins (Waterville Links) and Damian Mooney (D Mooney Golf) came out on top at the Tullamore Pro-Am in aid of Pieta House.

Mooney and Higgins posted rounds of three-under-par 67 to finish one shot ahead of Simon Thornton (Tulfarris Resort).

Mooney, who got his round underway at the fifth, made a poor start with back to back bogeys. He played his opening nine holes in one-over par but responded with a run of four birdies in seven holes to finish on three-under.

Higgins, who is on vice-captain duty with team GB&I this week at the PGA Cup (27-29 Sept), played some very steady bogey-free golf with three birdies coming at the fifth, ninth and the 13th.

“I have been a bit inconsistent over the last few weeks and months. That was lovely. I played really well,” said Higgins.

“I will be playing against the lads in the warm-ups. It’s good to have my game in shape so I can give them a good match.”

The team prize went to Thornton, who guided Enda Brennan, Mick Hannon and Rob Tormey to success with 89 points.