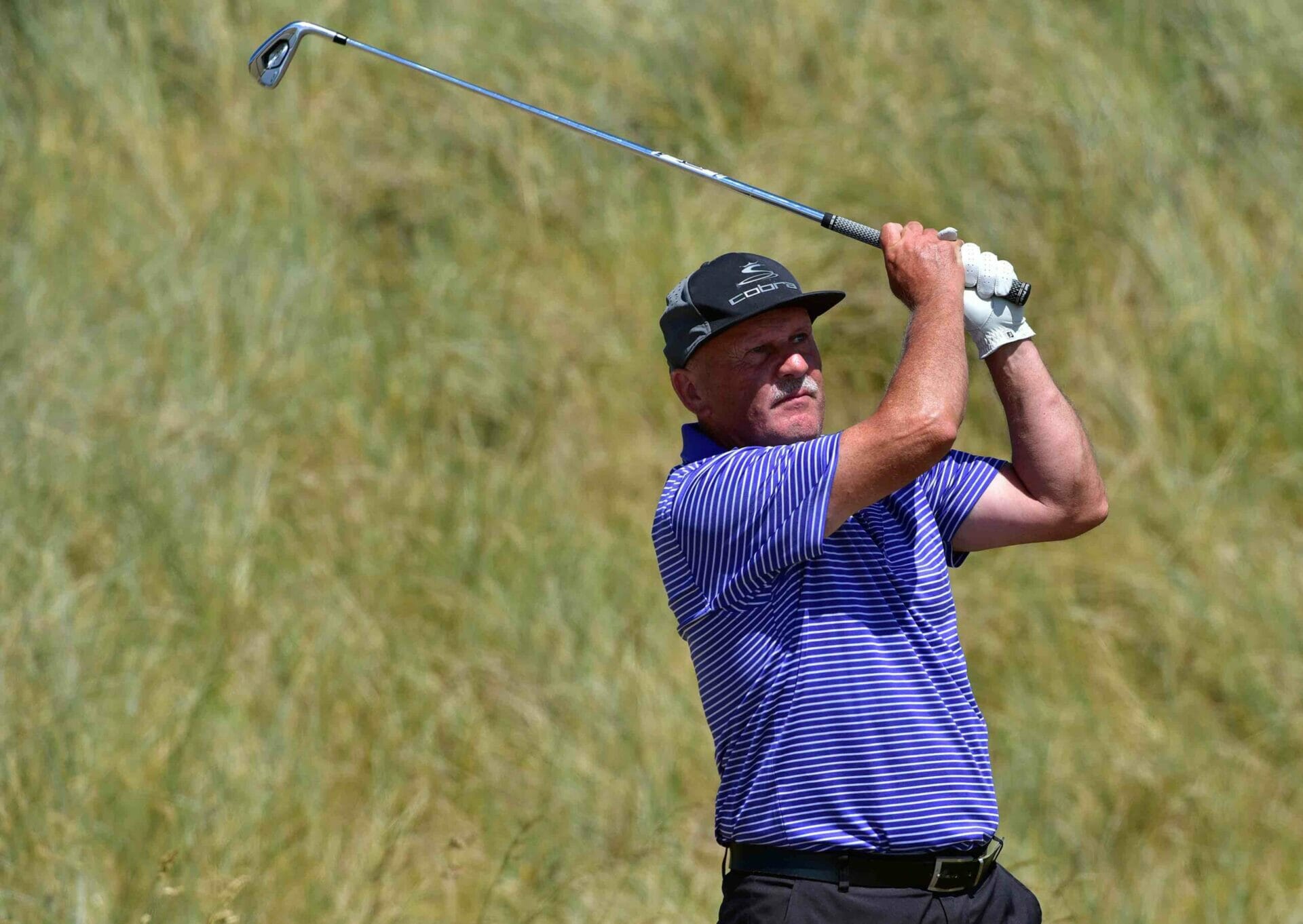 Ireland signed off on a winning note at the Senior Men’s Home Internationals but it was England who took the spoils on home soil at Alnmouth Golf Club.

Having suffered a 6-3 defeat to the eventual winners on the opening day, Ireland had beaten Scotland by the same score on day two to keep their slim chances of a title tilt alive.

Facing Wales on Thursday, it was anyone’s game after a halved morning foursomes session saw the teams start the afternoon singles with 1.5 points apiece.

Steven Graham and Karl Bornemann enjoyed a resounding 4&3 win in the top match before John Mitchell and Barry O’Leary secured a half point for the Seniors in green to set up an intriguing afternoon.

After Liam Halain was defeated in the first singles match 2&1, you would’ve thought Ireland were up against it but they rallied with Halain’s match proving the only one Ireland would drop in an impressive afternoon.

Bornemann’s second win on the day, a 3&2 victory over Richard Jones, set Ireland on their way with John O’Brien (1up) and Pat Lyons (4&3) following Bornemann in with victories while Steven Graham and John Mitchell collected important half points.

It meant Ireland signed off on the tournament with a convincing 5.5-3.5 win and claimed second outright with England the only team that managed to go unbeaten having scraped a draw against Scotland in a 4.5-4.5 thriller to secure the overall title by a mere half point.