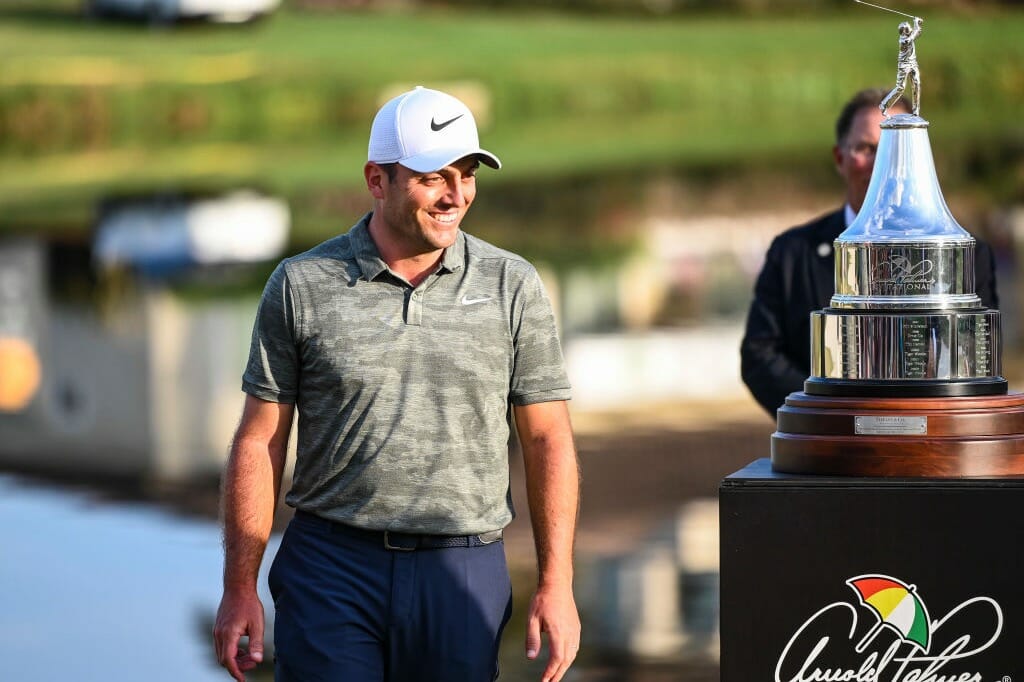 For as long as The Open is contested, Francesco Molinari and Shane Lowry will be back-to-winners of the Claret Jug.

Molinari brilliantly emerged as the winner of the 147th Open Championship at Carnoustie and in July, Lowry dominated the final round to be crowned the 148th Open Champion at Royal Portrush.

For both, it was a first Major Championship victory.

And as Molinari prepares for his defence of this week’s BMW PGA Championship, I asked him if there was any advice he could offer Lowry in how to better handle the expectations and countless demands in now being a Major winner.

“I think Shane’s experienced enough, and each one of us is different, so it’s not an easy question,” said the champion Italian.

“My best advice is just to enjoy it, celebrate. Yeah, that’s it, and you know, take your time to really let it sink in and celebrate with the people closer to you.”

Lowry, as winner in July of the 148th Open Championship, spoke of how he has now getting used to being referred to as a Major Champion.

“It has sunk in. I mean, like for me, personally, right, I’ve played a couple of events in the States since The Open, and I’m coming back here this week and I’ve not met a lot of people, all The European Tour players and all my friends, it’s kind of new again where everybody is coming up and congratulating me,” he said.

“Yeah, like the first time I was announced as Champion Golfer of the Year was pretty cool. It’s just nice. It’s a lovely title to have. But yeah, it’s kind of sunk in now.

“To be honest, I’m quite eager to get on with my golf and I’m looking forward to, you know, trying to achieve different goals I have for the rest of the year.”

And as Lowry heads into this week’s flagship European Tour event, he spoke of his enjoyment in being in leafy Surrey.

“I love it here. I think this is one of my favourite events in the world,” he said.

“Every time I come here, you know, just the area itself around Wentworth, Ascot, Sunningdale, it’s just a lovely place to be. The golf course, I’ve always really liked, even when it used to get a lot of bad press before.

“They changed it a couple years ago again. Even when they made the changes first back in 2010, I actually really liked it and I just thought it was quite a difficult golf course and I just loved it.

“But yeah, look, like I said, it’s one of my favourite events of the year and I just love coming back.”