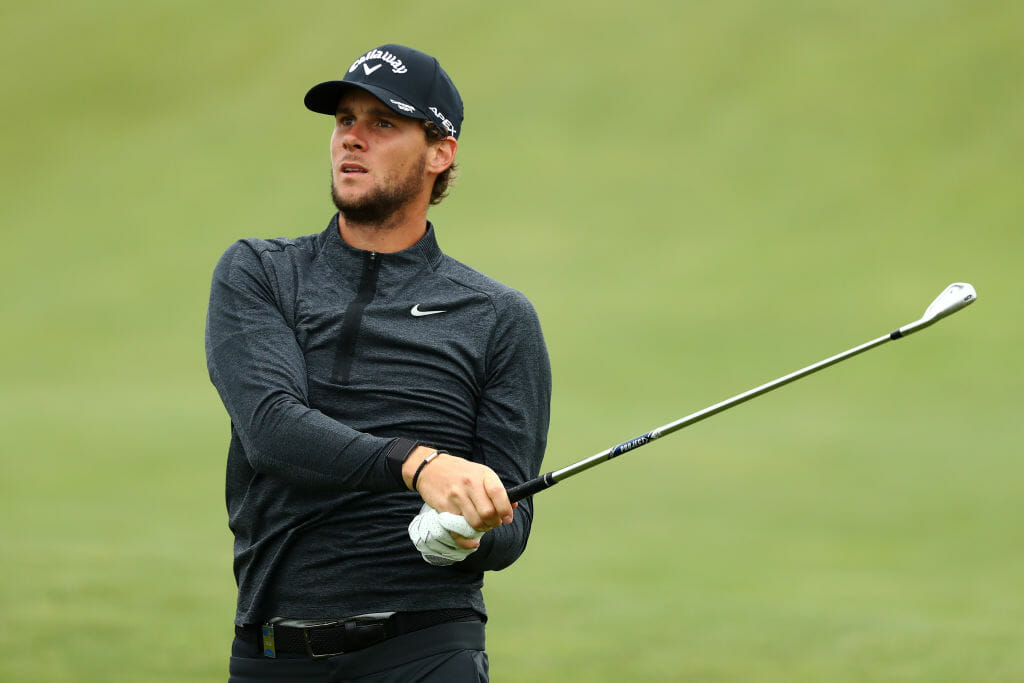 The kids might be back to school but our stat man has been hard at work all summer crunching numbers and turning profit. Here’s this week’s theory explained ahead of the KLM Open:

Thomas found his game in the Czech Republic and you feel the win got the monkey off his back. Top-10 Greens In Regulation performances in his last three starts continue to keep him in contention and he returns as a past champ having won in Kennemer in 2015. Reed, Garcia and Wallace also play in this Wentworth loosener but it’s Pieters for me.

Returns after a rest week and you have to think this virgin venue will suit him perfectly. Makes his money by being an absolute greens in regulation king and comes in off a T12 in Switzerland and T16 in Sweden. Needs a good putting week.

In betting circles you just have to love the guy that misses a squillion cuts then suddenly finds the secret and contends. Say bonjour to Romain Wattel, who’s had a torrid 2019 then found form in Hamburg last weekend scoring a solo 6th. Winner two years ago at The Dutch, he’ll have positive vibes coming in.

It’s only a matter of time until Sam Horsfield breaks through and realises his big potential. And it looks to be close after a T3 in the Czech Republic, T10 in Sweden and T14 last week in Germany. Two eagles and 64 birdies in those three events and if Sam can tidy up his game a fraction this week, he can contend.

T7 in Germany last week and impressed across all the major stats which indicates form. T17 in driving accuracy, T6 greens in regulation and T14 in putting around that tough Hamburg track jumped Chesters into 109th on the Race To Dubai and another solid week here would be big towards retaining his card for 2020.

Andres Romero 90/1 hits it as hard as he can, finds it, then hits it again. It also helps that he’s a prodigious putter. Second last time out in Switzerland. Misses more cuts than a blunt scissors but man is it fun to watch!