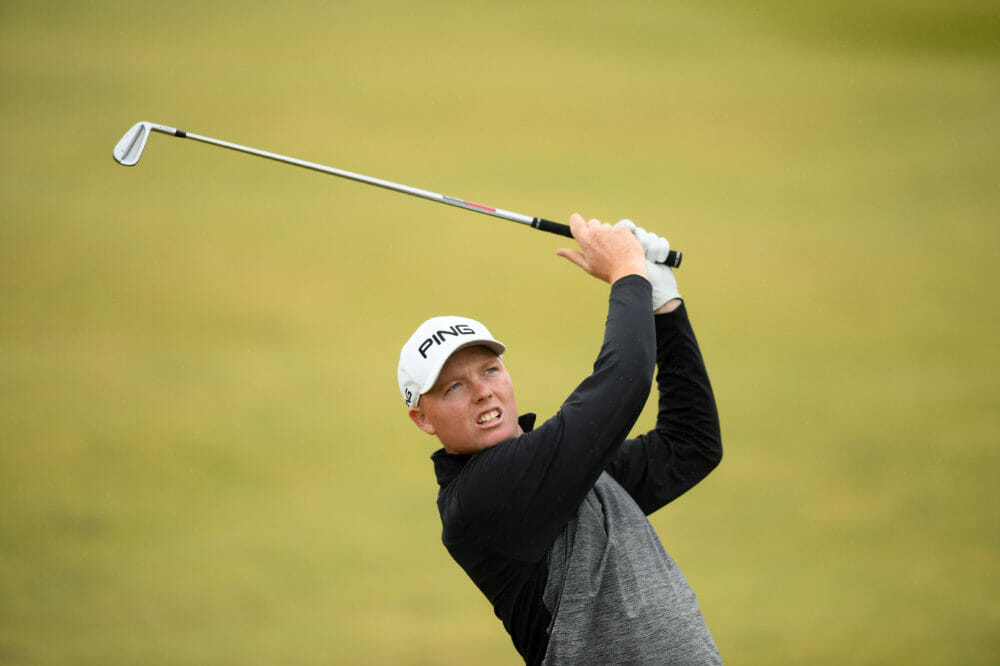 Robin Dawson finds himself six back heading into the final round at the KPMG Trophy despite producing a moving day 68 in Belgium.

The Tramore professional will rue posting consecutive bogeys on 15 and 16 having been four-under on the day through 14 holes but the 23-year old did rally to birdie the last to ensure a big week remains on the cards.

Through three rounds, Dawson’s 12-under par total sees him sharing 19th and trailing top spot by six but a fast finish on Sunday could see him break into the top-10 to secure a season’s best finish on the Challenge Tour.

Meanwhile The Island’s Paul McBride lost significant ground after he could only muster a one-under par 70 on moving day.

With the field going low in ideal conditions, the Dubliner fell 27 places down the board into a tie for 38th at minus-10. After so much encouraging play over the first two days, McBride will hope to recapture some fire on Sunday to ensure a productive week gets over the finish line.

At the top, Laurie Canter credits a new perspective for helping propel him into a three-way share of the lead heading into the final round.

The Englishman, who shares the position at the top of the leaderboard along with fellow countrymen Ross McGowan and Richard Mansell, carded a bogey-free round of eight-under par 63, which was highlighted by an eagle at the last.

“I’ve had a slight shift in what I’m trying to do, and I just really enjoyed being out there, and playing with my playing partners,” he said. “On the bad shots I did hit, I got a break here and there. You kind of need that I guess to shoot 63, and I’m just delighted.”

Canter is making the effort to be kinder to himself after having meaningful discussions with both his closest friend and a mentor in golf, former Ryder Cup player Gordon Brand Jnr, who passed away suddenly earlier this month.

“Gordon was a mentor to me and the last chat I had with him was along a similar vein. I don’t want to hate my job. I’m lucky to do it and I need a bit more win, lose or draw.

“I’m not going to beat myself up too much and I’m going to just try to enjoy what we do, and I think that’s helped me ride out a couple of bad shots I’ve hit. I’m thinking a lot less about it and ultimately, I’m just trying to enjoy the day more.

“Gordon’s helped me since I was 16. He used to get involved with our county squads. I had a coffee with him the week before he went away to The Open to commentate and we re-connected quite a lot.

“I’m probably still a bit shocked by it all to be honest. It was very sudden. He was a great man. When you got through his shell, he was one of the best blokes you’d ever meet really.”

Canter, who has spent the past three seasons playing the European Tour, will face stiff competition if he is to emerge victorious at Millennium Golf.

Joint-leader McGowan is on a remarkable hot-streak. The 37-year-old has yet to drop a shot all week, and his current run of bogey-free holes stands at 73, following a flawless final round in last week’s Rolex Trophy.

Should he continue the streak tomorrow, McGowan will move closer to Jin Young Ko’s recently established record of 114 consecutive holes without a bogey in professional competition. It was only two days ago when Ko bettered the previous mark of 110 holes, which was set by Tiger Woods in 2000.

Rounding out the trio of leaders is Richard Mansell, who like Canter and McGowan, eagled the final hole of the day to move to 18 under par. Mansell currently leads the PGA EuroPro Tour Order of Merit, which has secured him a Challenge Tour card for 2020, and he admits he may not be under as much pressure as the rest of the field.

“There’s nothing for me to lose out here,” Mansell said. “So, I’m doing what I can and I’m going to try to win the tournament, it’s as simple as that.”

The final round of the KPMG Trophy begins tomorrow at 9:00 am local time with the three leaders set to go at 11:00 am.