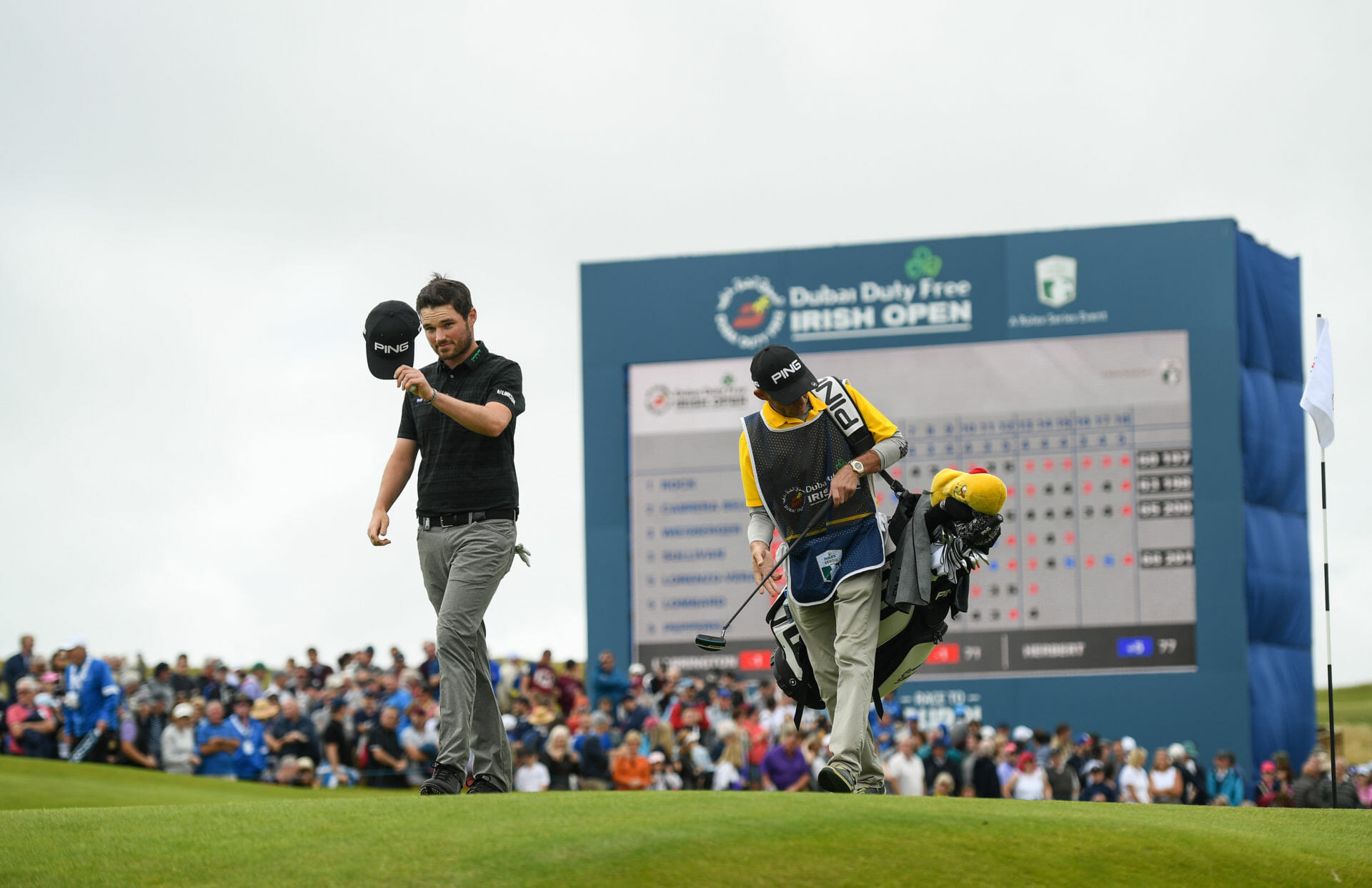 Cormac Sharvin came ever so close to a maiden Challenge Tour win but could be consoled by a runner-up finish that gave his Main Tour hopes a major boost at the Rolex Trophy in Switzerland.

Five back starting the final day, the 26-year old was relentless in his work, firing seven birdies and an eagle in a stunning eight-under par round of 64.

The Ardglass professional finished like a train, posting birdies on 17 and 18 in a thrilling finale that would’ve proved enough to take the win on most weeks on Tour. Sadly, he came up against a similarly inspired foe as Darius van Driel shot the lowest final 36 holes of the 2019 European Challenge Tour season to win at Golf Club de Geneve.

For Sharvin’s part in the encounter, he collected a massive cheque worth € 26,000 but even more significantly, he’s now up to sixth place in the Order od Merit knowing that the top-15 in the season long race will be guaranteed their European Tour status next year.

The day belonged to Van Driel, however, who won the Euram Bank Open last season and also signed for an eight-under par final round to claim a one-shot victory over Sharvin.

The Dutchman began the final round aiming to chase down overnight leader Ricardo Santos and closed the gap on the Portuguese with a birdie on the fourth hole, as Santos made two bogeys in three holes.

It was van Driel’s birdie run around the turn that move him into contention, making four consecutive gains from the par three seventh to take a share of the lead. The 30-year-old continued his assault on the Geneva layout with back-to-back birdies from the 12th before holing out from the fairway for eagle at the par four 14th to take the lead.

With a four shot advantage over the field and four holes to play, van Driel stayed calm, even with a dropped shot at the 16th, to sign for a round of 64, confirming himself as the Rolex Trophy winner with a tap-in par at the 72nd hole.

“It feels amazing,” he said. “You have no idea how much this win means to me.

“This is huge for me. I came close to winning a couple of times this year but couldn’t finish it off. To pull off the win shows me that I can do it.

“I was struggling with the putter on the first two days, then I made a few putts yesterday and that got me rolling. I’m happy I continued that today.

“I holed my nine iron on 14 for eagle and that’s when I started to look at the leaderboard, which might have been the wrong thing to do.

“I played a little too carefully over the last few holes and I was happy to close it out in the end, but my lead was four shots at one point. In the end it came down to one shot, having two putts from six foot to win, which wasn’t what I had in mind after being four ahead.

“I still feel that my game hasn’t reached the levels I want it to, so there is still lots of room for improvement, but I really needed this win.”

Sharvin shot a final round of 64, finishing birdie-birdie, to claim second place, one stroke behind van Driel. While a group of four players finished two shots further back at 20 under par, including England’s Richard Bland, Calum Hill of Scotland, Dutchman Daan Huizing, and Santos, who recorded a disappointing final round of 71, one under par, to share third place.