No Friday love for Irish foursome on EuroPro 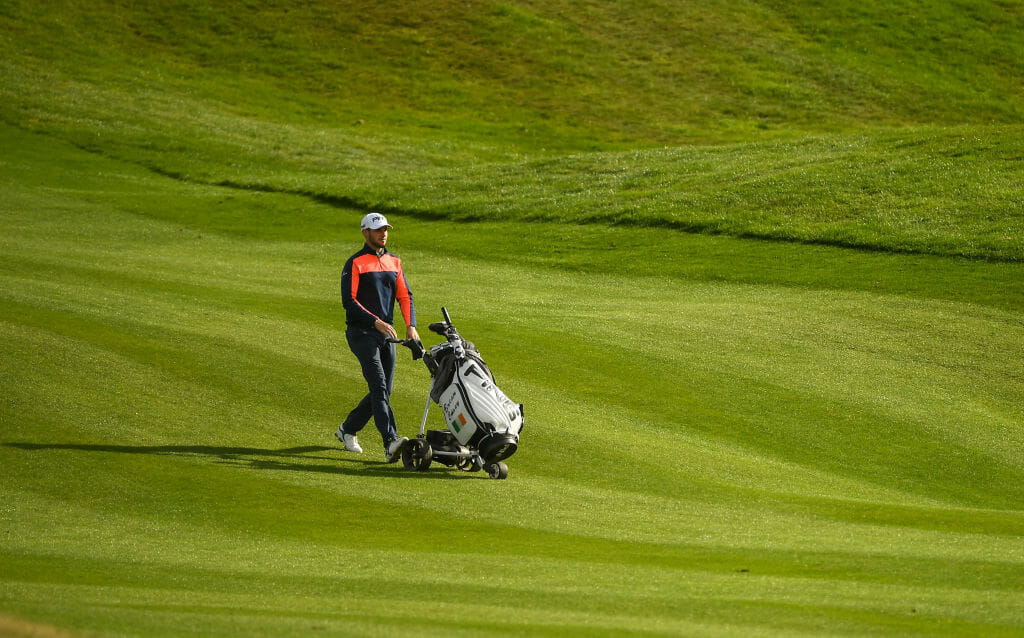 There was no sense of that famous Friday feeling for Ireland’s quartet of final day qualifiers after a damp squib of a finish at Macdonald Hill Valley Hotel, Golf and Spa in Shropshire.

Headfort’s Brian Casey takes home the leading Irish honours for his minus-one 54-hole tally and share of 31st but that will be scant consolation after he closed with a two-over par 73.

A one-over par 72 was the best our boys could muster this afternoon with Whitehead’s John Ross Galbraith finishing a shot further back on level par after posting that number, while Woodcote Park’s Peter Williamson managed a 72 of his own to come in a shot further adrift at one-over par.

That was the same tally as Tullamore’s Stuart Grehan who suffered the most disappointing finish of Ireland’s quartet.

Grehan has been fighting for form and although there’s sprouts of his talent creeping through again over the past few weeks, his four-over par finish took the gloss off an otherwise encouraging performance for the young professional with Grehan eventually finishing in a tie for 42nd at plus-one.

At the top, Todd Clements won his second title of the season on the PGA EuroPro Tour after holding his nerve on the final day to come through the field.

Clements (Brocket Hall Golf Club) was a few strokes back at the start of the day but made ground with five birdies to his name including two on the tricky 16 and 17 to give himself the one-shot advantage with Richard Mansell and Mitch Waite still on the course.

“I’m over the moon. Keep pushing on and raising the bar. Hopefully another.”

He takes on the KPMG Trophy in Belgium next week on the Challenge Tour.

Highlights of Macdonald Hill Valley, Hotel, Golf and Spa will air on Sky Sports Golf on 3, September 2019 at 20:00