Meadow returns a bag of Revels on day one in Canada 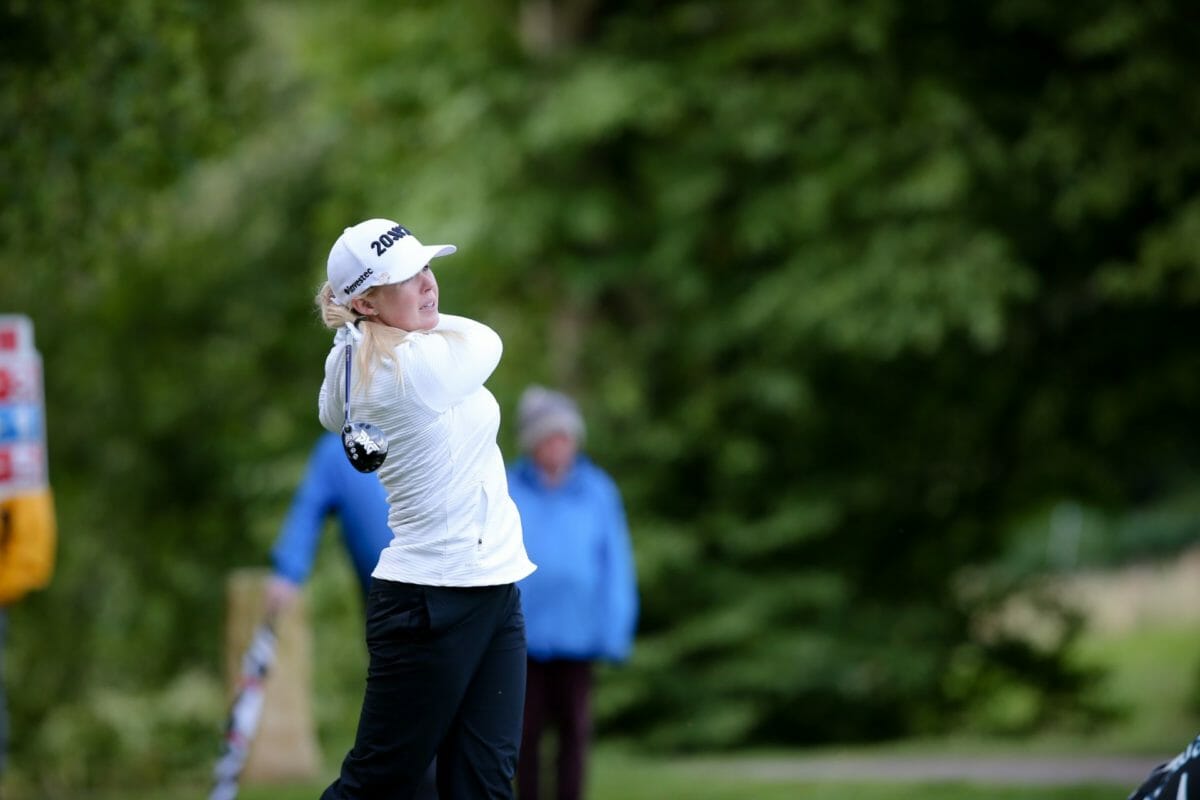 Fresh off thrilling her home supporters when winning the World Invitational at Galgorm Castle last week, Stephanie Meadow returned a rollercoaster round of golf back on LPGA Tour duty at the CP Women’s Open.

Having travelled to Canada full of confidence, Meadow opened with a birdie at Magna Golf Club and added five more in a round that was sprinkled with plenty of class but unfortunately a few too many mistakes.

All but one of the Jordanstown professional’s six birdies were cancelled out by two bogeys and a double but at one-under par after signing for a 71, Meadow finds herself inside the top-50 heading into the second round later today.

Needing to break into the top-80 on the money-list before the season’s out to secure her full playing rights for next year, Meadow will need to improve on yesterday’s 11 of 18 greens found in regulation if she’s to threaten the upper end of the leaderboard over the weekend. The plan will be to book her place there first after Friday’s cut.

At the top, if Annie Park wasn’t thinking about Solheim Cup before, she certainly will be now after firing a superb seven-under par 65 to climb to the head of affairs in Ontario.

“Definitely a lot of pressure coming into this week just thinking about Solheim right after this event,” Park said. “I’m pretty persistent with what I want. If I want something, I try really hard to get it.

It won’t be easy for the leader after lightning struck twice for Canadian superstar, Brooke Henderson. The 21-year-old showed no signs of stress from all the pressure put on her as the defending CP Women’s Open champion, shooting a first-round 66 to sit one stroke behind first-round leader Park.

“Knowing I was capable of winning this event after having done it last year I just think gave me a lot of confidence,” said Henderson, who also shot a first-round 66 in 2018.

“It made me more comfortable in front of these crowds. Just knowing that I’ve done it before I think just gave me a little, just relaxed me a little bit. Made me a little bit more calm. I think that’s key when I’m playing well.”

Meadow gets her second round underway this evening at 19.42pm