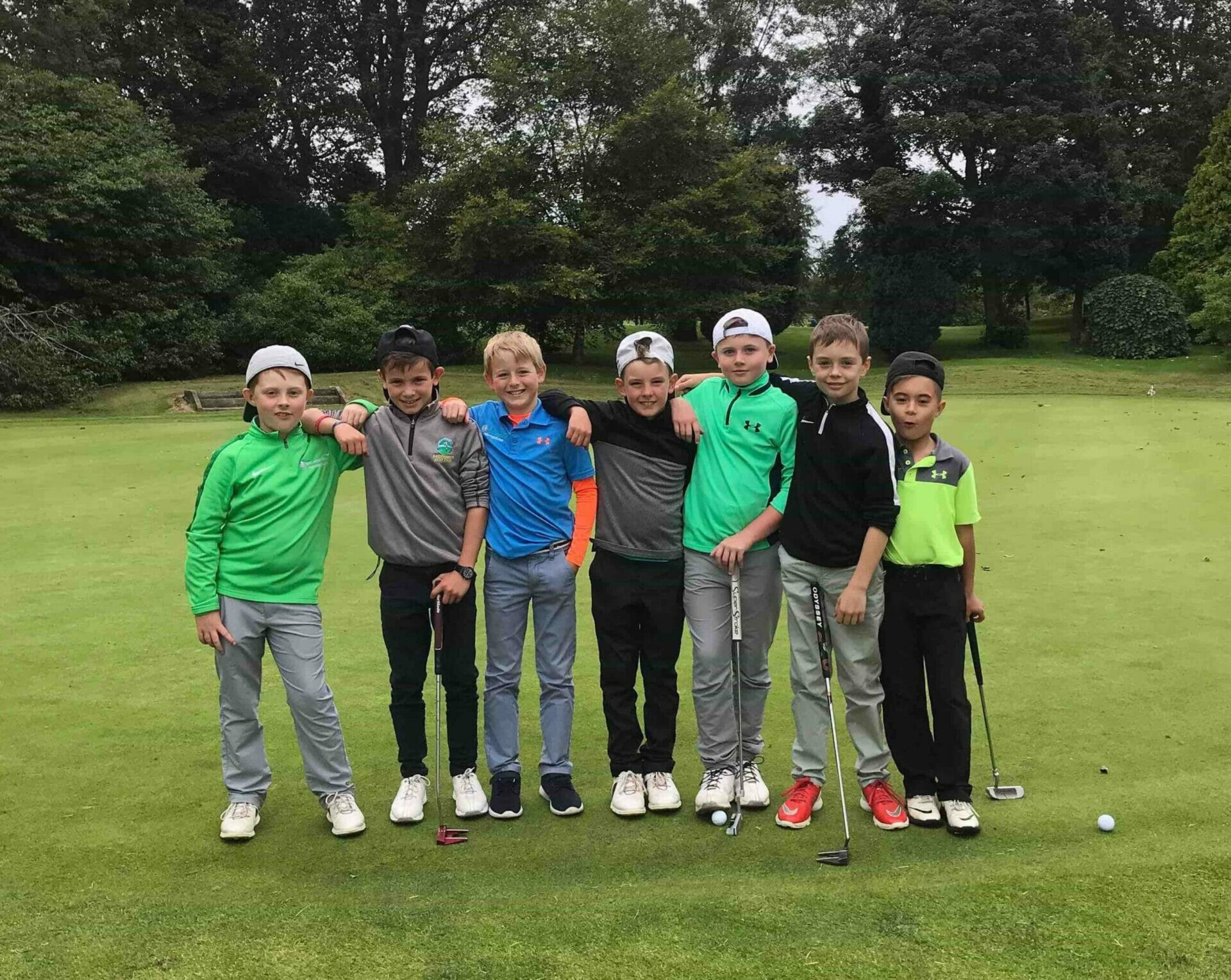 With the stage set for the KPMG Irish Kids Golf Tour’s All-Ireland Trophy, Druids Glen delivered a fitting production as the curtain fell on another overwhelmingly successful campaign for the innovative Tour.

Having kicked off with its inaugural Easter Trophy at Killeen Castle back in April, the ever-evolving Tour, which offers professionally conducted competitions for both boys and girls aged 13 years and under, touched down for Provincial Trophy competitions at Slieve Russell, County Sligo, Mount Juliet and Fota Island before staging its Grand Final at Druids Glen.

It’s been a remarkable rise to prominence for the KPMG sponsored series with each event averaging 90/100 plus kids eager to escalate their development through the amateur ranks of the game.

For founders, Gordon Smyth, Head Professional at PGA National Slieve Russell & Ciaran Cahill, it’s been a great treat to witness the emerging talents taking to the fairways all around the country but they admit that the progress made with the Tour itself would not have been possible without the backing of some of the finest venues in Ireland.

“For us, it’s so important and we’re so grateful to have such high calibre venues on our roster,” said Smyth.

“We can’t thank the clubs enough for allowing their courses to be used and to give youth a chance. It’s a great privilege to be able to promote junior golf in such significant venues around the island and long may it continue.”

The aim of the tour is to prepare kids for competitive golf and Druids Glen delivered on that promise, presenting a layout that saw the kids thrive despite a miserable August’s day. The clouds were no match for the smiles on arrival and goodie bags packed with Titleist golf balls, TaylorMade tees, Golf Bars, McGuirks Vouchers and our own magazines helped lift spirits further. Keelings even had punnets of fresh strawberries for everyone on the day.

“It really is a great team effort and we couldn’t keep going without the continued support and commitment from these companies to junior golf here in Ireland,” added Smyth.

“KPMG have been huge since they came on board. They’re so influential in golf, from Phil Mickelson and Stacy Lewis to the likes of Paul Dunne and Lisa & Leona Maguire who they support here in Ireland.

“They’ve been heavily involved and I have to mention Tricia Gallagher who’s the Head of Marketing and David Deighan who’s the Head of Communications at KPMG. They’ve really pushed the Tour forward and it’s great to have KPMG committed to us right up until 2021.”

The great news is that despite hosting their All-Ireland finals, an unexpected but much welcomed Autumn Trophy has been announced for Sunday, October 13th at Lough Erne, extending the Kids Golf offering that bit further for the first time this year.

Online booking is expected to open in the middle of September and with roughly 100 spots available, this will sell out fast.

To get your child involved in the Autumn Trophy, keep up to date at www.irishkidsgolftour.com and on social media, while we’ll also feature fresh updates here at IGM. You won’t want to miss it.