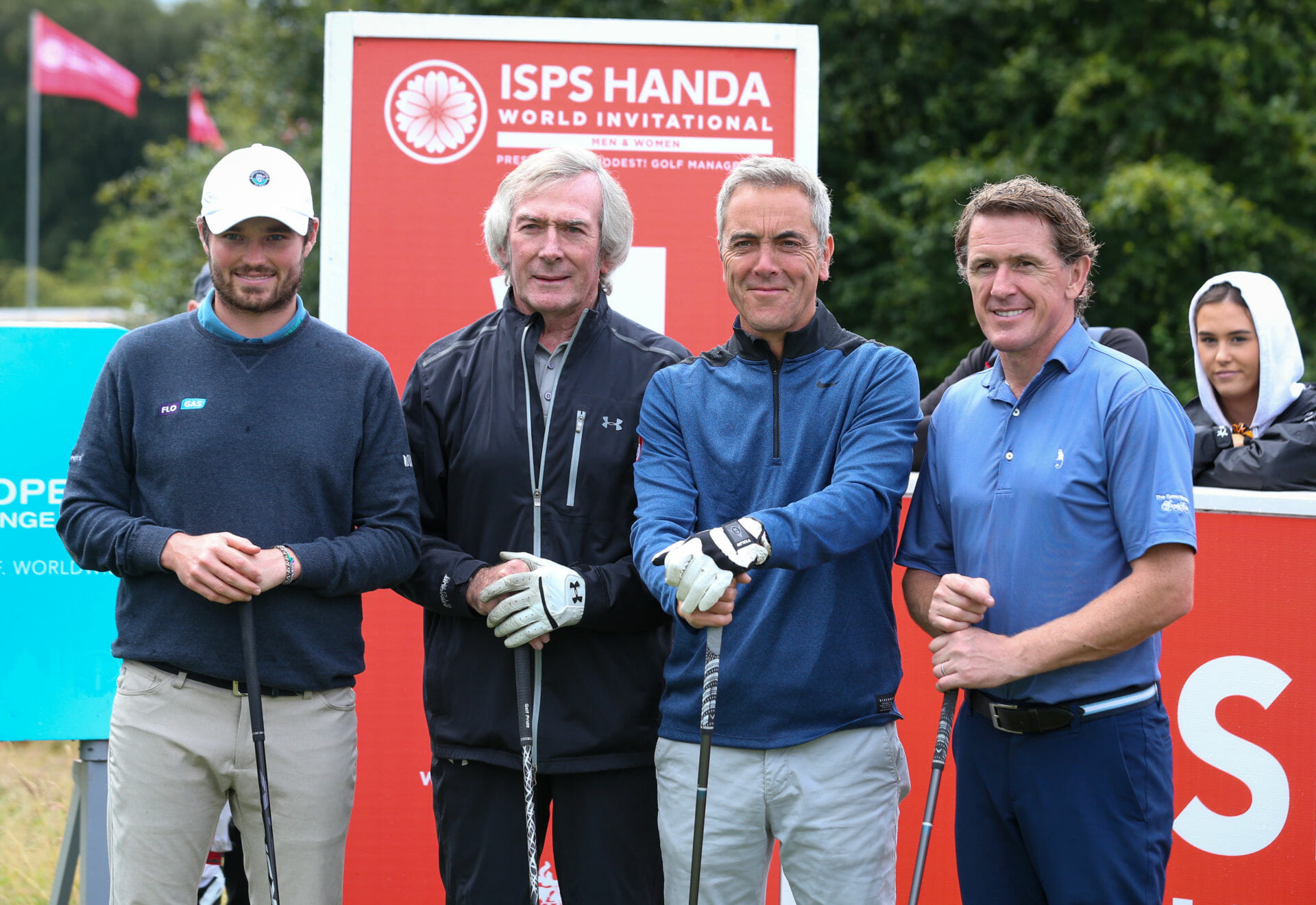 The eyes of the world will be on Northern Ireland this week as the ISPS Handa World Invitational Men | Women, Presented by Modest! Golf Management gets under way at Galgorm Castle Golf Club and Massereene Golf Club from August 15-18.

The innovative event brings men and women together on the same courses as they compete in their respective tournaments for separate trophies and equal prize funds for the first time on European soil.

With alternating tee times between the men’s and women’s groups, fans can expect plenty of drama, with the two champions set to be crowned within moments of each other.

“This event has grown quite a lot over the years,” said one of the home favourites, Michael Hoey.

“It’s quite chaotic now as there’s 600 people but the atmosphere is great. You’ve got Niall Horan, who is so important for European golf, a great sponsor in ISPS Handa and you have a lot of celebrities who have turned out for the Pro-Am today. You’ve got Jimmy Nesbitt, Tommy Bowe, four-time Superbike World Champion Jonathan Rea and it’s a great commitment from Northern Irish people to be involved today.

“I played in the Vic Open which was the same format. On Sunday you get a winner from one group and then potentially another winner from the next group so that’s good from a spectators’ point of view. You will hopefully have a winning putt and then another winning putt 20 minutes later, that’s the thinking behind it.”

Galgorm and Massereene will share hosting duties across the opening two days, with the competitors completing one round at each of the two layouts, before the all the action takes place at Galgorm over the weekend, where a cut will take place after the second and third rounds.

Some of the biggest names in female golf will tee it up this week, including Solheim Cup Captain Catriona Matthew – who named her team for the biennial showpiece earlier this week – and Charley Hull, the World Number 29, who will play in her fourth Solheim Cup next month.

Calum Hill, who has two victories in his last three European Challenge Tour starts, returns to the scene of his maiden victory after he triumphed at the Galgorm Resort & Spa Northern Ireland Open, presented by Modest! Golf in 2018, and will have top spot in the Challenge Tour Rankings in his sights with current occupant Antoine Rozner not in the field.

“It’s really nice to be back here,” said Hill. I’ve got a lot of good memories coming into this week, so hopefully I can have another good week.

“It’s just a lot busier this week. I don’t think having the men and women here will change much about the golf, although the field is quite big. It should be really good fun.

“They always do a good job here. I remember last year it was really well run and there is a nice tented village for the spectators too. It’s a busier week and there are a few more crowds for a bit more support.

“I feel good at the moment. Hopefully I can keep the run going but I’m just entering every week with the same mindset, which is just to play as well as I can.

“My mum and dad are here again this week. It is the last week of their holidays before they go back to teaching so hopefully I’ll have another good week with them here.”

A plethora of storylines are emerging from this innovative and inclusive tournament on the Challenge Tour International Schedule, as husband and wife duo Scott and Kylie Henry again tee it up in the same tournament after playing in the Jordan Mixed Open Presented by Ayla earlier this year, while local sisters Leona and Lisa Maguire and German siblings Moritz and Karolin Lampert will also compete at Galgorm and Massereene.

The drive for inclusivity continues apace with men and women competing together this week, with Ireland’s Brendan Lawlor, the winner of the inaugural EDGA Scottish Open last month, also set to compete alongside Challenge Tour professionals for the first time.

The action will begin on both courses at 7.30am local time on Thursday August 15 and live updates of the men’s and women’s action from both courses can be found by following @Challenge_Tour on Twitter.