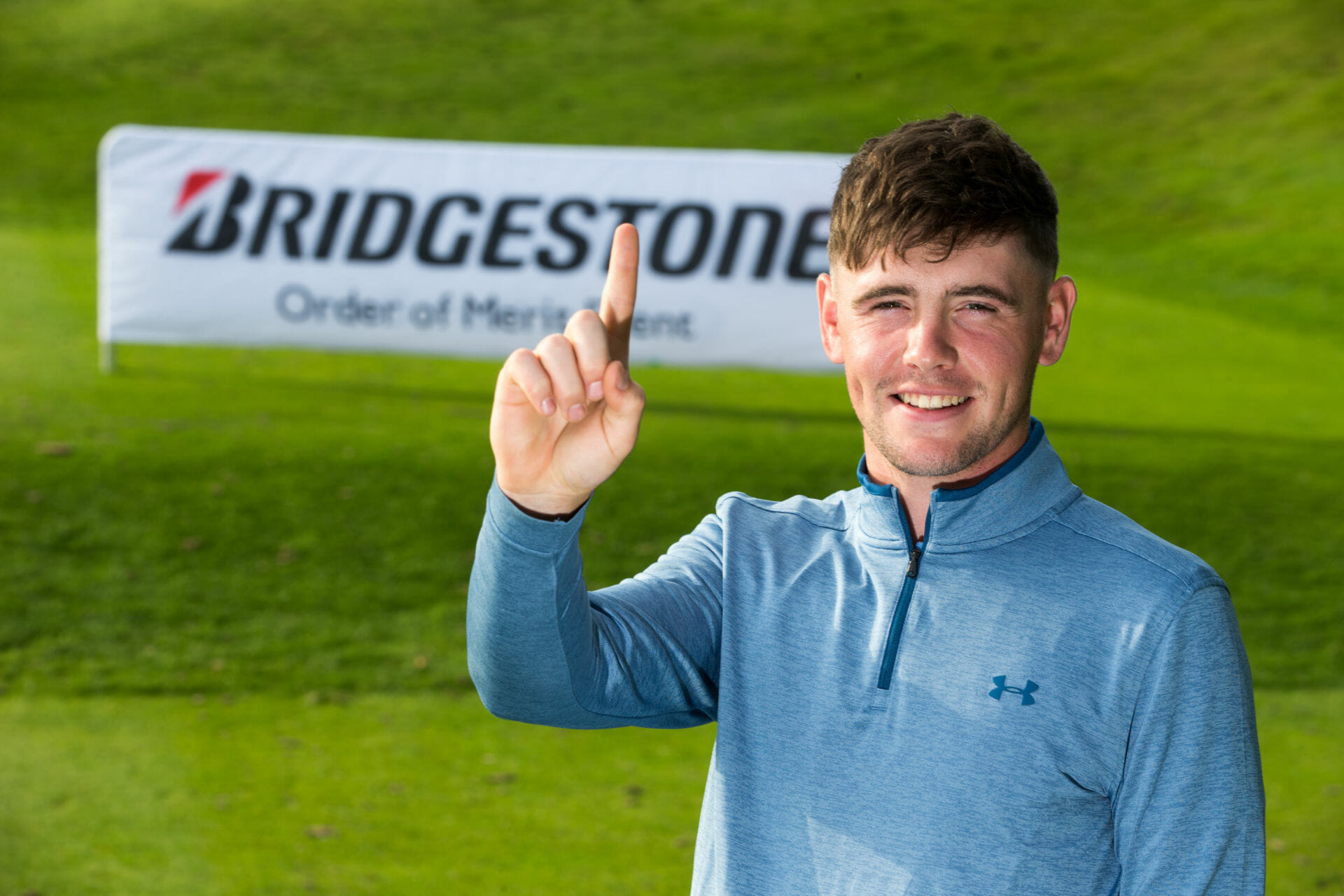 Robert Brazill (Naas) winner of the Bridgestone Order of Merit after the final round at the Mullingar Scratch Trophy, the final event in the Bridgestone order of merit Mullingar Golf Club, Mullingar, West Meath, Ireland. 11/08/2019. Picture Fran Caffrey / Golffile.ie

Naas ace Rob Brazill has scooped the Bridgestone Order of Merit for 2019 and secured his spot on the Ireland team for September’s Home Internationals at Lahinch.

Brazill, 22, pipped Galway’s Ronan Mullarney to the Order of Merit title by finishing 11th at the season-ending Mullingar Scratch Trophy on Sunday (11 August). The Kildare man needed to finish inside the first 16 at Mullingar to clinch top spot on the Bridgestone table.

“I’m delighted,” said Brazill. “It’s been a very busy week and a very busy year as well so it’s nice to finish it off with a positive.”

Big hitting Brazill made his breakthrough last season with victory at the West of Ireland. Consistency has been the hallmark of his 2019 campaign, with a string of top-5 finishes. Fourth at the East of Ireland and a semi-finalist at the North of Ireland, Brazill reached the final of the AIG Irish Close in Ballybunion.

“It would have been great to pick up a championship during the year but to play consistently was brilliant,” he reflected.

When he lines out for Ireland at the Home Internationals in September at Lahinch, Brazill will emulate three Naas clubmates: Jack Hume, Conor O’Rourke and Jonathan Yates.

And as the number one player on the domestic scene this term, he succeeds Alex Gleeson (Castle) as the Order of Merit champion.

“I wouldn’t have known what the Order of Merit was until Bridgestone got involved,” said Brazill. “Now everyone wants to get their name up there and get a place on the Homes team.”

The top three players on the Bridgestone table gained automatic selection for the Home Internationals. Runner-up Ronan Mullarney, 23, had probably secured his place in the team by winning the AIG Irish Close at Ballybunion in the penultimate tournament of the series.

For Colm Campbell, who missed last season through injury, a return to the Ireland team had long been earmarked.

“It was one of the goals at the start of the year to finish in the top three of the order of merit,” said Campbell after the season ending Mullingar Scratch Trophy. “I’m delighted to get the job done.”

A final round of 69 meant that Campbell finished third in Mullingar, his fourth top 5 of the season. Victory at the Ulster Stroke Play Championship in May, his first win since the 2016 Flogas Irish Amateur Open, was undoubtedly the highlight of his campaign.

The Warrenpoint star, 32, won his first major title at the East of Ireland in 2014 and has a decorated international career as a key man on the Ireland team that won the Home Internationals four years running, from 2014 to 2017.

Colm Conyngham, Marketing Manager at Bridgestone Ireland, said: “Bridgestone would like to congratulate Rob on winning the second Bridgestone Order of Merit and wish him every success in the future. We were very impressed at the quality of the players and we hope that our initiative with the GUI helps keep the spotlight on Ireland’s amateur golfers and emerging talent.”

Bridgestone, the world’s largest tyre manufacturer, became title sponsor for the men’s order of merit in 2018. Brazill’s consistent excellence throughout the season ensured that he finished at number one.