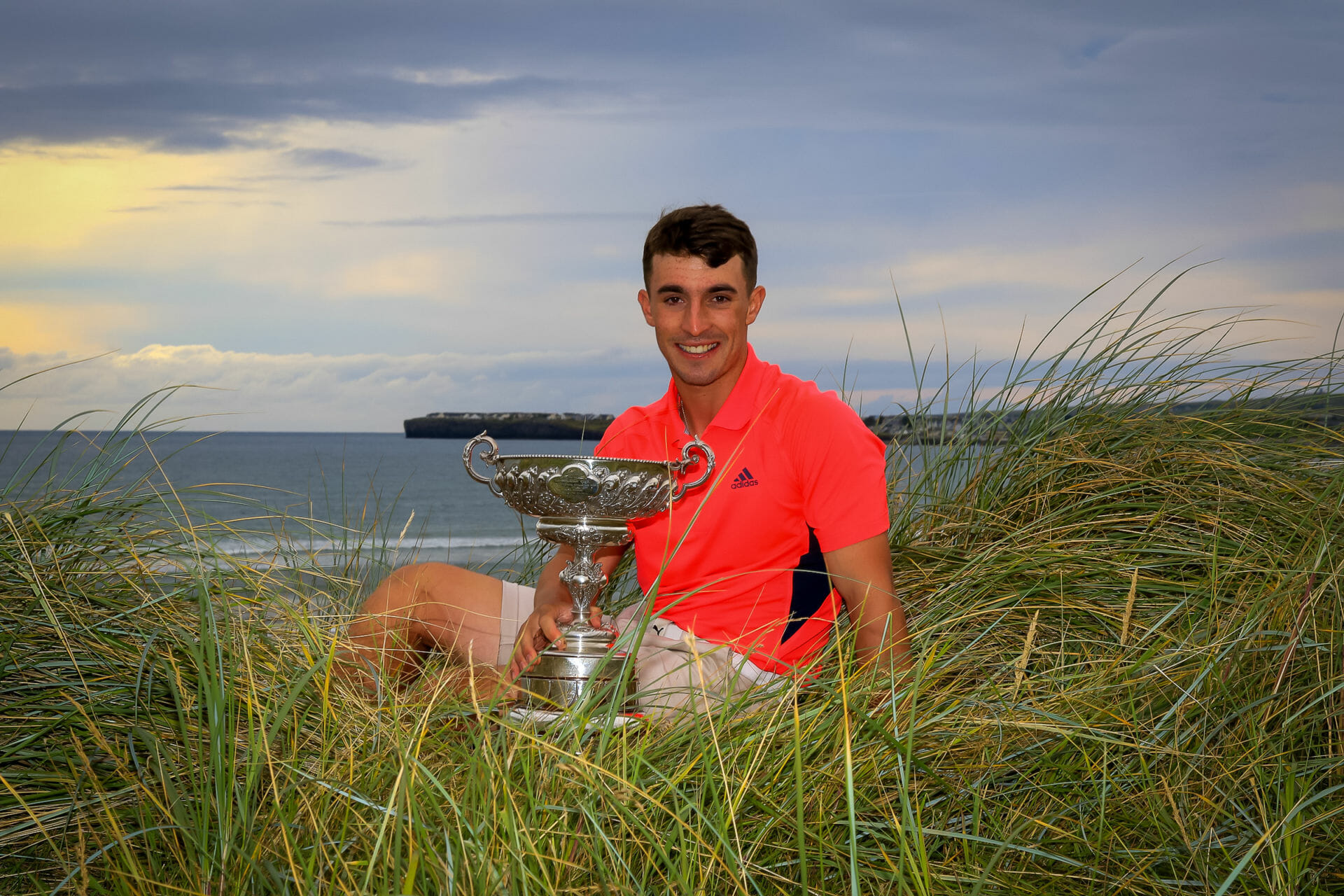 The 21-year old Munster Students champion needed all 18 holes across the fame Clare links before finally grinding down his opponent at the last to claim a narrow 1UP win.

It was a tight match throughout and on the par three 16th, with nerves showing, Desmond had an 18 inch putt for a half. When he failed to hole, the match was back to all square.

The Corkman holed a 9ft putt on the penultimate green for par and when Egan missed from a similar distance, Desmond was ahead once more.

Needing two putts from 20-feet to seal the win on 18, he cosied his ball to the hole and the title was conceded.

Egan, who bettered his previous best at the event when getting through his semi-final match up against Newlands Jake Whelan 5&3 this morning, was certainly the more experienced of the pair in the final.

However, earlier in the day, Desmond proved that he wouldn’t be fazed by experienced golfers when besting 2016 North of Ireland champion, Sean Flanagan in another nail-biting encounter.

The match came down to the final hole, with Desmond again winning 1UP when pulling off a clutch birdie at the last to break the Sligo man’s heart.

Desmond was the real surprise package of the week, also overcoming Irish internationals, Tiernan McLarnon and Conor Purcell en route to the final. The Monkstown’s star had only won his Munster Students title last month and now with a national Major under his belt too, who’s telling what future’s in store for the ever-developing amateur.

The win propels him up the Bridgestone Order of Merit while Egan’s runner-up finish sees him jump into third and he occupies one of the automatic spots for the Home Internationals back here at Lahinch in September.