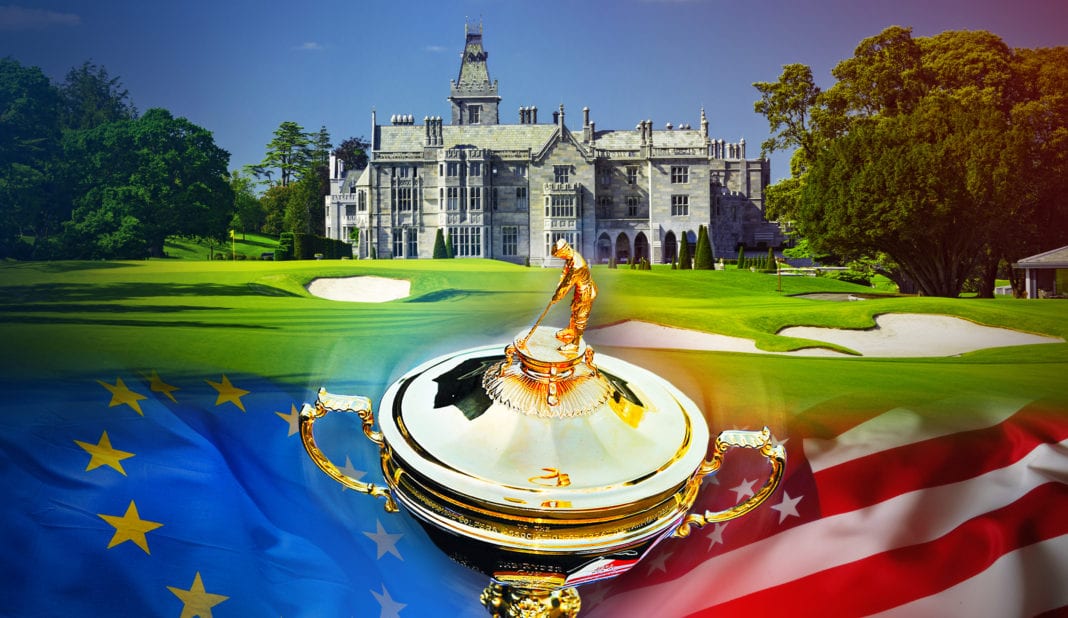 The JP McManus owned Adare Manor is set to be named as the 2026 Ryder Cup host venue later today.

It’s said that a deal between the Irish Government and the PGA European Tour was agreed over a week ago and once the i’s are dotted and the t’s crossed, the island of Ireland will have another mammoth sporting occasion to look forward to, some 20 years after the biennial contest registered on the Richter scale at the K Club in 2006.

Minister for Sport, Shane Ross is in Donegal and will look for approval at the last cabinet meeting before politics is out for the summer and should that run smoothly, it will be all systems go for the most famous competition in match play golf to make its Limerick debut.

Qualification for this year’s European Ryder Cup Team starts in September with European Team Captain, Padraig Harrington already suggesting that new Open Champion, Shane Lowry would be the ideal fit for his Whistling Straits side.

The prospect of a Ryder Cup in Ireland without an Irish player on the team doesn’t bear thinking about but the Clara star should be in his prime come 2026 and with the likes of Paul Dunne, Cormac Sharvin and Robin Dawson coming in behind, we might just be well represented.

It would be a massive coup for JP McManus should his resort host the 2026 event. McManus has been a huge asset to Irish golf over the years and has made no secret of his intentions to secure a Ryder Cup for Limerick. The recent renovations at his pristine Adare Resort have propelled the property to be one of the finest golf locations in the world and should the expected news be confirmed today, the Ryder Cup at Adare will see a lifelong dream fulfilled for the golf fanatic.

“It is every golf course owner’s hope to get the Ryder Cup,” he said. “I am sure it will cost plenty, but I would like to bring it to Ireland, to Limerick and to Adare and give the whole south-west a boost.”

Whether the hosting of a Ryder Cup will bring about a long overdue bypass road at Adare, only time will tell but after a summer that’s seen this small island host The Amateur Championship, the Ladies Amateur and The Open, this would be the cherry on top that we never knew we needed.

Share
Facebook
Twitter
WhatsApp
Linkedin
Email
Print
Previous articleRose jokes he would be ‘scared’ to celebrate with Lowry
Next articleIt’s Official! The 2026 Ryder Cup is coming to Ireland