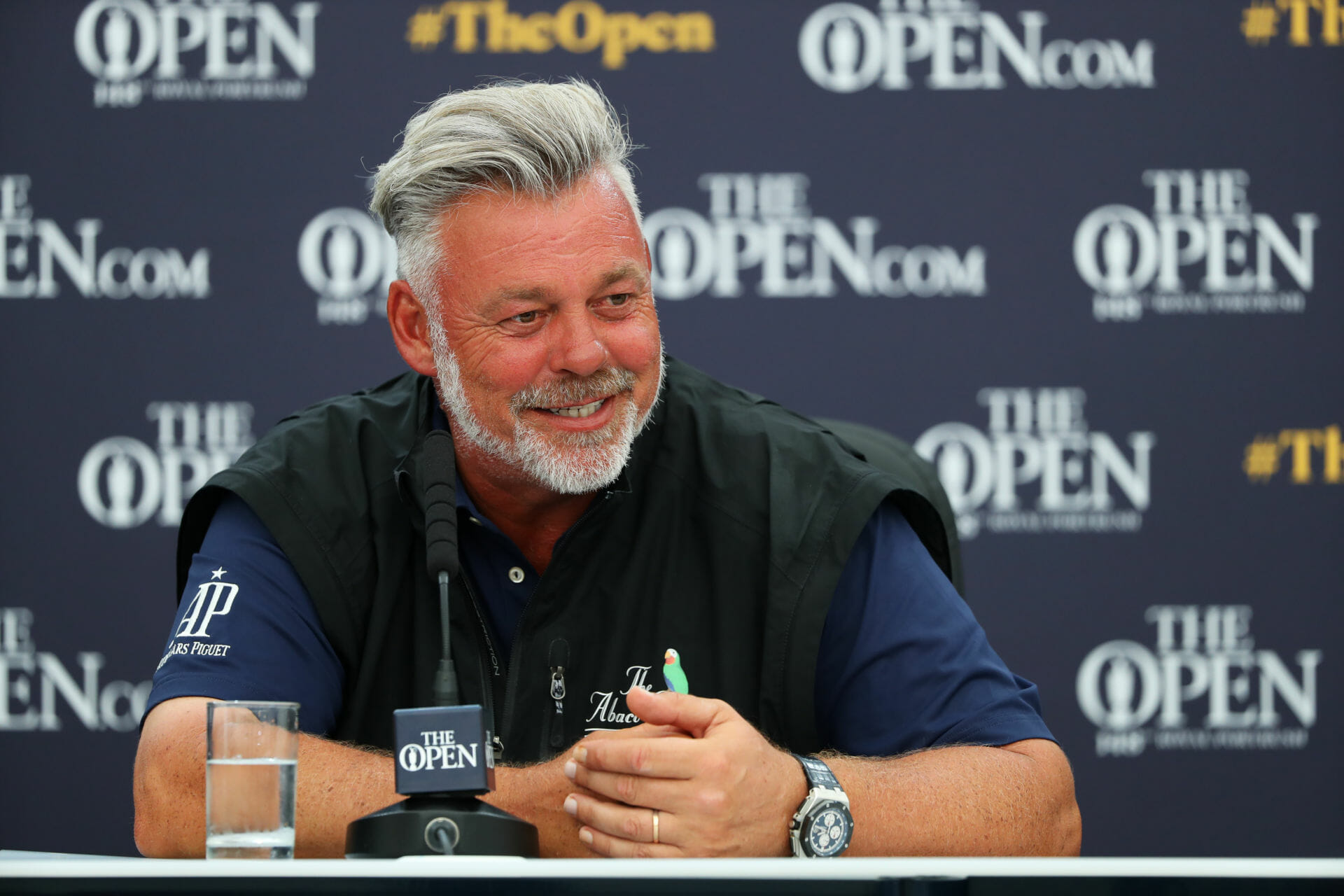 PORTRUSH, NORTHERN IRELAND - JULY 15: Darren Clarke of the Northern Ireland speaks to the media during a practice round prior to the 148th Open Championship held on the Dunluce Links at Royal Portrush Golf Club on July 15, 2019 in Portrush, United Kingdom. (Photo by Francois Nel/Getty Images)

Fresh off agonisingly missing the cut on Friday at Portrush, Darren Clarke is looking to bounce back when making his Senior Open debut this week at Royal Lytham & St Annes.

The 2016 Ryder Cup Captain missed the cut by just two strokes but is relishing a shot at redemption on the Lancashire links where he finished third at The Open in 2001 – ten years before his victory at Royal St Georges.

“This is my first one, and it’s nice to come back to Lytham again,” said Clarke. “I played the last one here and I’ve been fortunate to play three previous Opens here. The course is wonderful, it’s still as tough as it’s ever been. The course is in a great shape and it will be a very good week.

“2001 was probably the best I’ve ever played in any tournament at Lytham when David won here, I made a double bogey on the 17th hole on the 71st hole, so I’ll try and avoid that this week if I can.

“It’s a very strong field, lots of Major Champions and great players. So, it’s going to be a good, fair, stern test. I’m not averse to a bit of wind, from what I’ve seen it will change direction over the week, so we’ll see all aspects of the golf course.”

Clarke is joined by links legend Tom Watson, who returns for his 18th appearance in this event and Spaniard Miguel Angel Jimenez in Thursday’s marquee group at 9.08am.