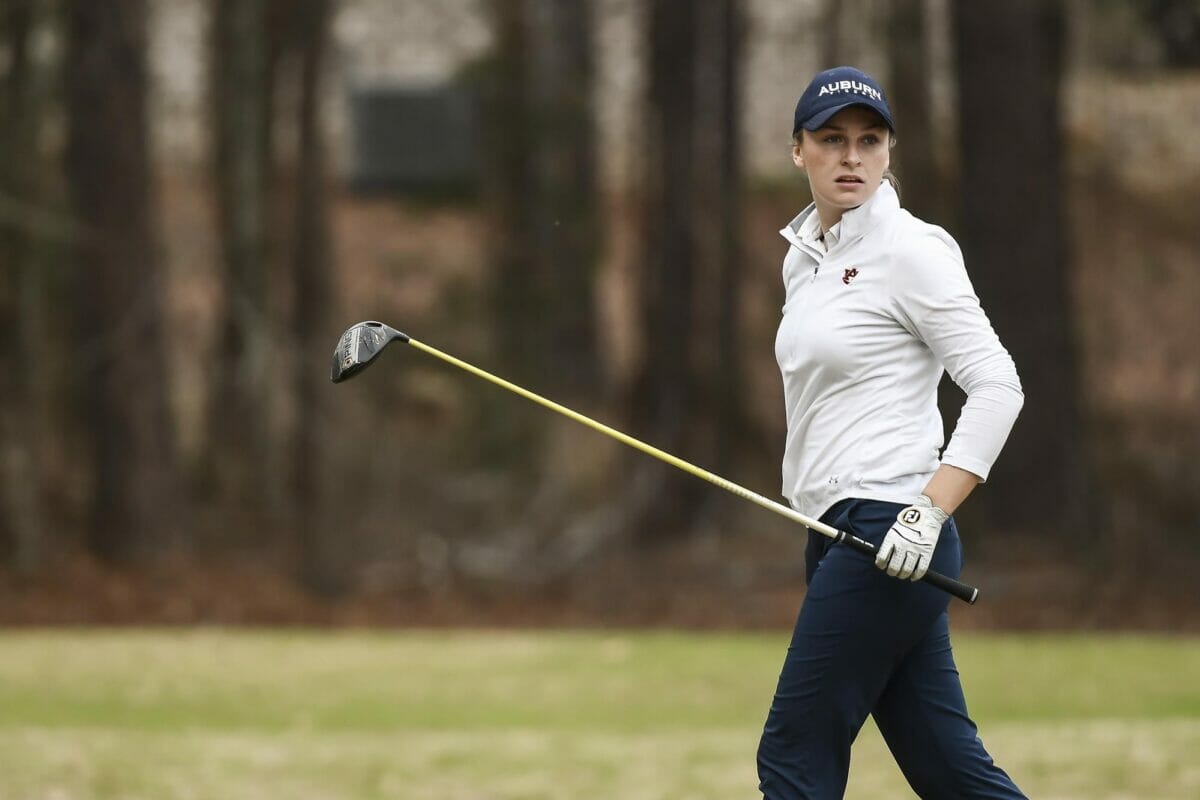 Dubliner Julie McCarthy will make her Major golfing debut tomorrow when she tees up alongside the stars of women’s golf at the Evian Championship, one of the five women’s golf Majors.

The Forrest Little golfer earned her place in the field when playing a starring role for the International team at the prestigious Arnold Palmer Cup, where McCarthy claimed an impressive 3.5 of her 4 available points at the competition to help her side to an historic win.

McCarthy has been a standout performer for her Auburn Tigers college side all season with her name an ever–present on leaderboards across the inter-collegiate circuit. The 20-year old fulfilled a burning ambition when her name appeared in joint-top spot at The Reserve in South Carolina when the Swords native fired a career-low six-under par 66 en route to winning.

Yet, surely even McCarthy couldn’t have predicted that her progression would advance at such a rate that would see her tee up alongside the stars of the LPGA Tour this week. Primed for action in the foothills of the French Alps, the Evian Resort will be like nothing McCarthy has seen.

For 25 years, Evian-les-Bains has held a special place in women’s golf. The first six years, beginning in 1994, Evian was a stop on the Ladies European Tour. Then in 2000 it became a co-sanctioned event with the LPGA.

In 2013, it was elevated to the LPGA’s fifth major and has already produced the youngest major winner, Lydia Ko at 18 in 2015; one of the oldest with 40-year-old Angela Stanford last year and the lowest round in a major by anyone – male of female – the 61 by Hyo-Joo Kim in 2014.

“My father always said, ‘surround yourself with people that dream bigger than you do,’” said Mike Whan, the Commissioner who made Evian an LPGA major.

“Jacques Bungert and Franck Riboud dream as big as anyone I know. Since its inception as a women’s golf event, Evian has pushed the boundaries for building a golf tournament that is simply like no other.”

This week, the professionals will play for the largest purse in women’s golf, a whopping $4.1 million dollars, something McCarthy’s amateur status will sadly see her go without regardless of how she plays. However, a cheque at the end of this week will pale into insignificance when compared to the wealth of experience the Dubliner can draw on from the likes of Sung Hyun Park, Lexi Thompson, Jin Young Ko and defending champion, Angela Stanford who all take their chance in the field.

“I have no doubt in my mind that long after I’m the LPGA Commissioner, young women around the world will say, ‘My goal is to make it to Evian Mountain and to raise that trophy with parachutists coming out of the sky with my country flag flying proud,’” Whan added.

“We’re lucky to have Evian, and their out-of-the-box thinking, as a true partner that is creating something truly historical for the world of women’s golf.”

No matter what McCarthy goes on to achieve for the rest of her career, she can always say she was part that.

McCarthy tees off at 9.48am Irish time tomorrow.