Sugrue cut at Portrush and misses out on Silver Medal goal 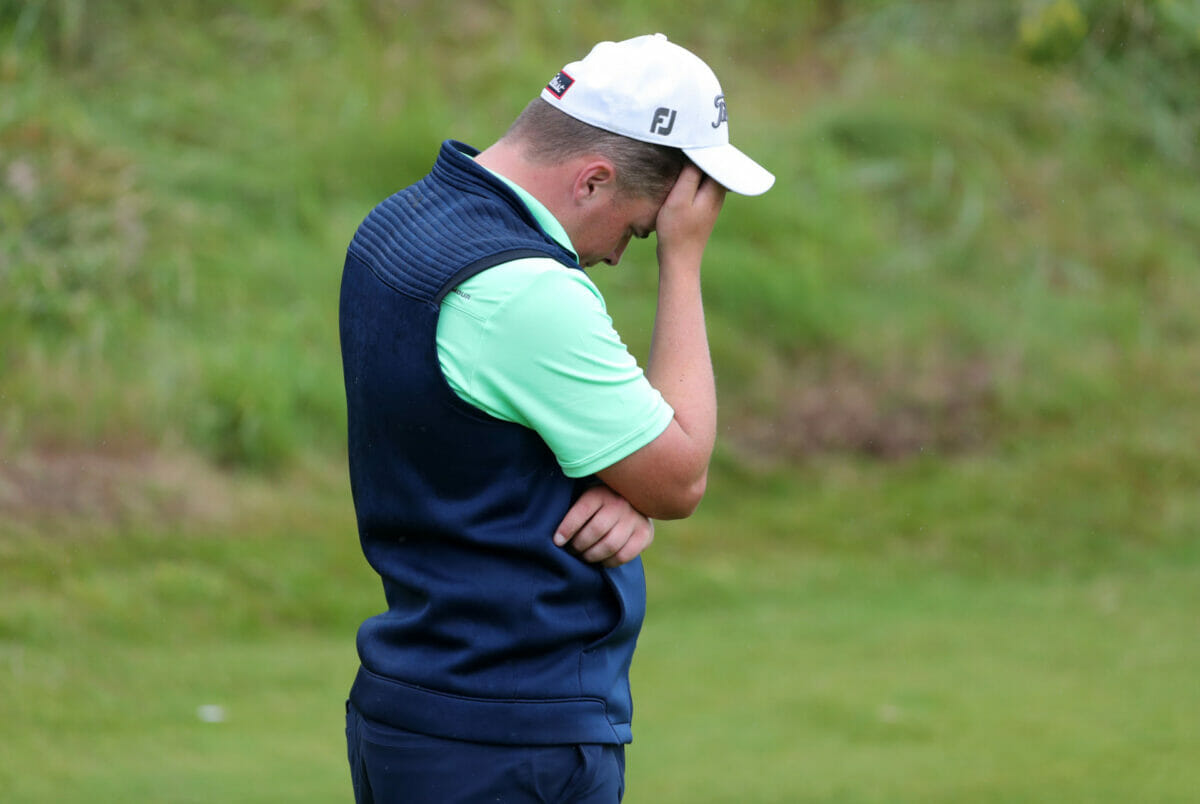 Amateur Champion Sugrue was left to rue a lost ball on the treacherous par-4 14th that cost him a treble-bogey 7. Although at times it looked like the plus-two brigade might make it through, the Mallow man was regrettably sure in his post-round interview that unless a tornado blew through Dunluce, he was resigned to going home.

“I’m happy with the way I played, really,” Sugrue reflected. “I definitely didn’t deserve triple on 14. Maybe bogey. But I still can’t believe that no one saw that ball.

“I was happy with the way I played coming in. I had a good chance on 18, just sat on the lip. The goal, really, this week was to get the silver medal and make the cut. But, yeah, a bit disappointed obviously. But that’s golf.”

Sugrue now turns his focus to a Walker Cup panel practice on Monday before he returns to Lahinch the following week for the South of Ireland Championships.

Playing alongside Sugrue, local resident Clarke also racked up a disastrous triple-bogey 7 to miss out by two strokes at three-over par while two-time Champion Golfer, Harrington also missed out by two despite his best efforts in carding a one-under par 70 this afternoon.

Home hopes now rest with the leader, Shane Lowry and of course McDowell to rescue the fairy-tale ending for Royal Portrush.