Mullarney two back as Newton lays down the law at Rosses 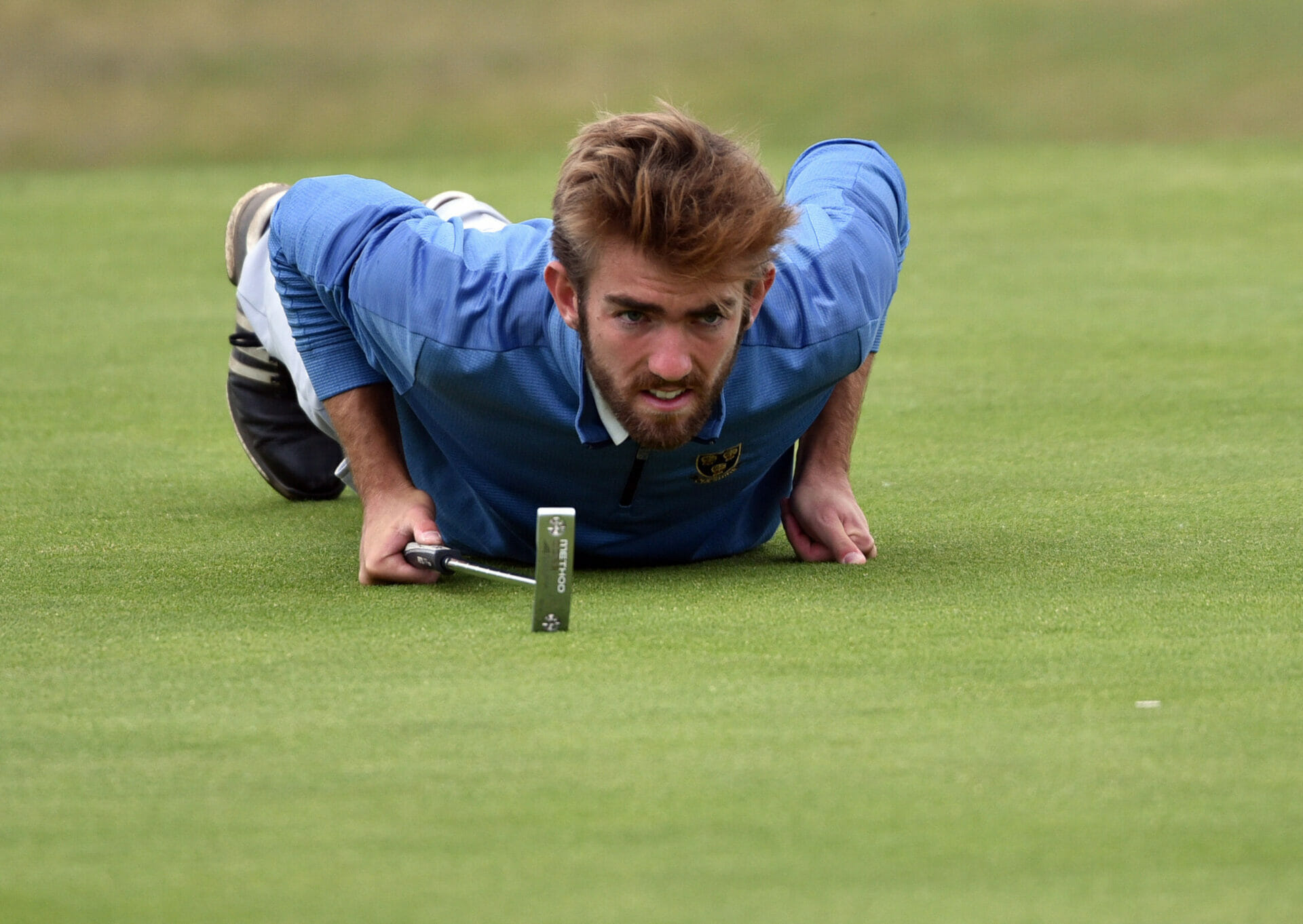 James Newton (England) lining up his putt on the 15th green in the second round of the 2019 Flogas Irish Amateur Open Championship at County Sligo Golf Club today (17/05/2019). Picture by Pat Cashman

Ronan Mullarney brilliantly birdied the last hole after enduring a closing wobble to remain right in the hunt at the halfway stage of the Flogas Irish Amateur Open at Rosses Point.

After firing a flawless course-record nine-under par 62 on the Harry Colt Links yesterday, Mullarney posted eleven straight pars before his first birdie of the day at the par-5 12th.

Seemingly cruising, a first bogey in 31-holes of golf at his very next hole was soon forgotten as he parred 14 before returning to the red on the day with a birdie on 15.

But then the Maynooth scholar, who has two runner-up finishes to his name this term at the Lee Valley Scratch Cup and the R&A Scholars, finally showed a chink in the armour.

Mullarney doubled 16 having missed the green right and compounded the error by missing a tiddler for bogey. On 17, he racked up another dropped shot as the wheels threatened to come off with the clubhouse within his sights.

However, Mullarney, who is aiming to become the first Connacht man since Cecil Ewing lifted the famous trophy in 1951, wasn’t done yet and he picked up what may turn out to be a crucial birdie in the context of the tournament at his final hole to sign for a 72 that keeps him right in the thick of things at 8-under par, just two shots off the lead.

“That was tough work,” Mullarney admitted. “That’s the only way to describe that.

“My pace was really good yesterday and it wasn’t today. I left myself between three and six feet numerous times today. You can’t stay holing them and I knew that. I got away with a few on the front nine so it probably caught up with me on the back nine.”

Day two produced a new leader after England’s James Newton navigated his way around County Sligo in a near perfect 66 strokes to hit double digits at minus-10.

Ranked 2710 in the world and playing in only his 2nd WAGR event of the year, the Macclesfield star looked at home on a benign day out west and he sets the standard at the halfway point after another stellar showing.

“I was just trying to keep it stress free,” said the 24-year old.

“The holes where you can hit driver, I made the most of those.”

Newton eagled 12 for the second day running and has picked up seven shots so far this week on the par fives. His eagle, resulting from a drive and four iron to 15 feet, was the highlight of another superb round. On his first visit to Rosses Point, Newton is clearly enjoying the experience.

“I love it,” he said. “There are places where you can miss on this course. If you know where they are then you can make it stress free.” 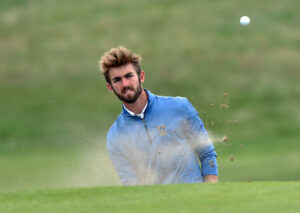 James Newton (England) bunkered at the 9th green in the second round of the 2019 Flogas Irish Amateur Open Championship at County Sligo Golf Club today (17/05/2019). Picture by Pat Cashman 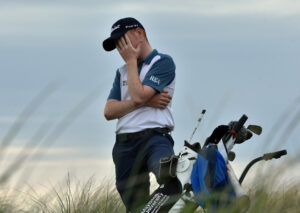 Ronan Mullarney (Galway) after driving at the 16th tee in the second round of the 2019 Flogas Irish Amateur Open Championship at County Sligo Golf Club today (17/05/2019). Picture by Pat Cashman 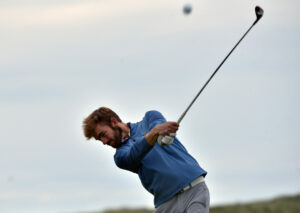 James Newton (England) driving at the 15th tee in the second round of the 2019 Flogas Irish Amateur Open Championship at County Sligo Golf Club today (17/05/2019). Picture by Pat Cashman

Germany’s Marc Hammer spectacularly holed out for an eagle two at the last to take outright third overnight after he added a blemish-free seven under par 64 to his even par 71 on day one.

Carton House’s Keith Egan was a big mover on day two after he catapulted up the leaderboard with six birdies in a superb five-under par 66.

Egan, who was third at the Munster Strokeplay earlier this month, grabbed a share of fourth at six-under par alongside Castle’s Robert Moran who fired a second successive round of 68 around the famous links.

Dundalk’s Eoin Murphy was another to make forward momentum after signing for an extremely product three-under par 68 that puts him in a share of 13th overnight.

Also at minus-three is Portmarnock’s Conor Purcell after the 21-year old added a smooth 69 to his opening day 70 while Portmarnock Links’ Gary Cullen posted the reverse of Purcell, adding a 70 to his opening 69 to remain in the hunt ahead of the final 36-holes.

Unfortunately, Massereene’s Tiarnan McLarnon was unable to maintain the pace of his opening 67 as he slipped back to even par after a plus-four 75 this afternoon.

There were some surprise scores at the halfway mark too with 2017 champion, Peter O’Keeffe unable to overturn an opening day 76. The Douglas bomber added a second round 72 to sit at six-over par.

That was the same score as another favourite in this week’s starting field, Kilkenny’s Mark Power who added a 75 to his day one 73.

After the third round, there will be a cut to the top-50 and ties. It’s currently projected at plus-one.