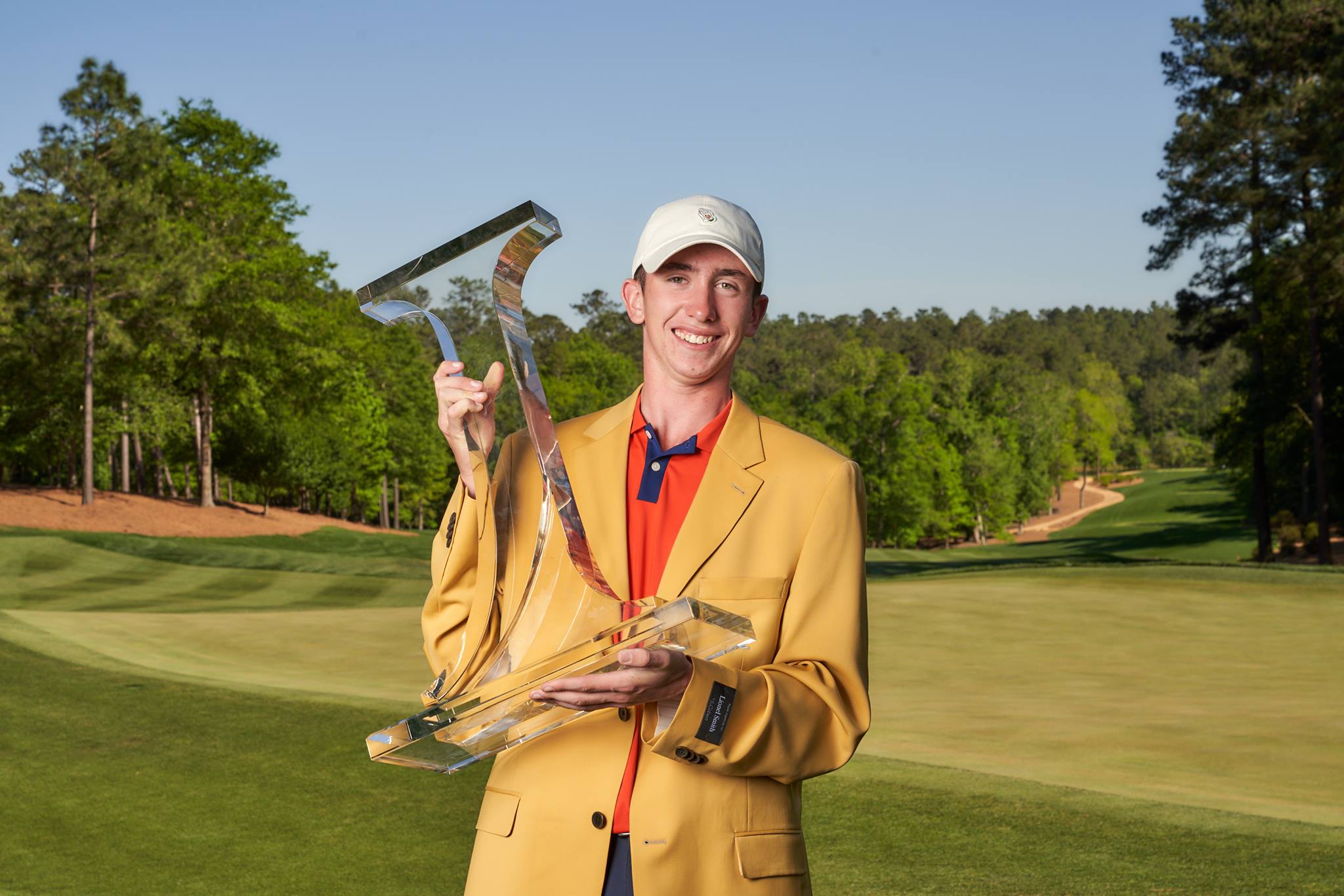 The Newtownabbey teenager recovered nicely from a three-over par 75 in the penultimate round when brutally windy conditions took a toll on the field to edge out Maxwell Moldovan of Uniontown, Ohio by a single stroke.

McKibbin’s first appearance in the Junior Invitational was certainly one for the books. Not only did he secure the tournament’s Golden Jacket, but he was also awarded Sage Valley’s Paul S. Simon Character Award for his work with the Northern Irish Children’s Hospice at the opening ceremony earlier in the week. He also participated in a clinic with fellow Northern Irishman Rory McIlroy before blasting his way to a stunning 64 on day one.

“Just to be here is special, and to get the Paul Simon Award before the tournament started was a great honour,” McKibbin said. “And obviously to win today was unbelievable. I couldn’t ask for anything better.”

Twitter Ads info and privacy
Heading into the final round, 36-hole leader Nicholas Dunlap sat at 7-under with McKibbin and Moldovan starting the morning at 5-under and 4-under respectively. Both players went toe-to-toe on the front nine shooting even par, and the back nine became the difference-maker as Dunlap and others fell back in the field.

Following a bogey at 12, McKibbin called his birdie at lucky 13 to tie Moldovan at 6-under his biggest moment of the round. McKibbin would regain the outright lead with an impressive birdie on the 15th thanks in part to a powerful drive that cut off the dogleg, carried the bunker and left him 50 yards ahead of his competitor. He was able to get up and down for birdie on the par-5 to capture a lead he would not relinquish.

Eligibility for the 54-hole stroke-play Junior Invitational is rigorous, with 17 automatic qualifiers produced from the 2018 Junior Invitational Champion, 2018 Boys Junior PGA Champion, and furthest advancing junior in the 2018 U.S. Amateur, among others. Remaining slots are filled based upon year-to-date rankings.